The Persistence of Myth in Southern Politics and Life 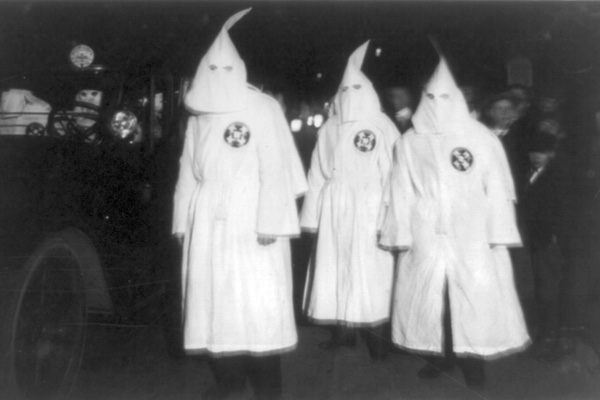 The murder of nine black church members in Charleston, South Carolina by an angry racist young white man Dylann Roof, enamored with symbols of the Confederacy, has finally convinced some Southern politicians, most notably Governor Nikki Haley of South Carolina, to call for removal of the Confederate battle flag from the state capitol. This reconsideration represents some recognition that the Confederacy was founded upon the defense of slavery—an institution created to exploit black labor and exercise racial control. The reality of this history is often obscured by the myth of the noble lost cause—an agrarian way of life free from the crass commercialism and corruption of the urban North which forced both poor blacks and whites to live in urban squalor at the mercy of a centralized state. This is the type of mythology perpetuated by racist apologists for the South such as George Fitzhugh in Cannibals All! (1857). In this polemic, Fitzhugh argued that the industrial wage slaves, such as the Irish in the North were worse off than the black slaves of the South who were cared for by benevolent masters. Yet, Irish factory workers were hardly willing to exchange place with enslaved blacks. The fallacy of the notion that slavery provided a model for labor relations was exposed by Northern fears that slavery might expand to the West and pose a threat to white social mobility; forcing free labor to compete against slave labor and raising concern that whites in the territories might be reduced to the abject poverty of poor Southern whites. Nevertheless, the fear of losing white privilege led many poor Southern whites to support the Confederacy and secession against their economic interest. With the advent of Reconstruction, many impoverished white Southerners were convinced that the national government was employing its power to destroy a way of life and impose black rule. The notion that the Civil War and Reconstruction were foisted upon a defenseless South by a tyrannical central government retains considerable influence in a Southern ideology of persecution despite the fact that with overrepresentation in Congress due to the infamous three-fifths compromise the South was in an excellent position to defend slavery on the national level.

This fable of a strong central government using force to threaten traditional values, however, continues to hold considerable influence today as the events of recent weeks attest. Whether it is lowering the Confederate battle flag, mandating individuals to purchase health insurance, acceptance of gay marriage, or discussions of gun control legislation, there is a siege mentality for many in the South that their way of way in endangered. The region continues to rank at the bottom of most economic indicators dealing with health care, education, and levels of poverty, yet the Confederate flag promotes a legacy of racism that prevents impoverished blacks and whites from establishing common ground.

Such an alliance was feared by planters in Colonial Virginia, and the outbreak of Bacon’s Rebellion, in which both black and white indentured servants rebelled against their masters, terrified the ruling class. After the revolt was crushed, slave codes providing a racial basis for slavery were enacted; creating a color line among the poor in the region which has maintained its influence into the modern era. Thus, maintaining slavery became a mantra for Southern politicians whose support for independence and the Constitution—including that slaves be counted as three=fifths of a person for purposes of representation--was dependent upon Northern acquiescence to the institution. Southern leaders, however, remained afraid that a strong national government would have the power to threaten slavery. Thus, many Southern politicians railed against the tariff as a policy that favored Northern industry, while increasing the cost of manufactured goods for all Southerners. The tariff was perceived as an attack upon the Southern way of life, and a centralized government strong enough to impose subsidies for industry might be able to limit and eventually terminate slavery. The tariff controversy led to the Nullification Crisis in which South Carolina led by John C. Calhoun refused to pay the tax, and President Andrew Jackson vowed to invade the state in order to enforce federal law. The crisis was resolved by the Compromise Tariff of 1833 that included lowered rates.

Resolution of the Nullification Crisis hardly ended Southern apprehension of a powerful central government, and less than thirty years later South Carolina was the first state to secede from the union over the election of Abraham Lincoln, whose concern that the Western territories remain sites for white social mobility led him to oppose the expansion of slavery. As other Southern states followed the example of South Carolina and the Confederacy was formed, it was apparent that secessionist conventions were intent upon defending the institution of slavery. But the support for secession was hardly universal, and many yeoman farmers expressed reservations about fighting a war on behalf of the planter class as most white Southerners did not own slaves. Nevertheless, fear that Lincoln might free the slaves carried the day despite the fact that secession was unreasonable for Southern representation on the Supreme Court and Congress would have made the abolition of slavery extremely difficult. With the South in the Union, it would have been almost impossible to gain the necessary two-thirds of Congress and three-fourths of states necessary to enact a Constitutional amendment abolishing slavery. The ensuing bloody Civil War, however, did destroy slavery and should have permanently settled the secession question.

The war, nevertheless, did not resolve the issue of equality for the freedmen, and during Reconstruction terrorist organizations such as the Ku Klux Klan were formed to resist implementation of the Fourteenth and Fifteenth Amendments and assure a black labor supply for the plantations. In Southern history and culture, Reconstruction is perceived through the myth of the “rape” of the South by freedmen, carpetbaggers, and scalawags—a mythology that was perpetuated in popular culture with films such as The Birth of a Nation (1915) and Gone with the Wind (1939). Following the premature end of Reconstruction, culminating in the disputed Presidential election of 1876 and the Compromise of 1877, there was still apprehension that common cause might be made between the destitute black and white sharecroppers. The threat of populist insurgency encouraged the racial supremacy of segregation and Jim Crow that would sustain the wedge between poor whites and blacks that slavery once preserved, while policies such as the poll tax disenfranchised both poor black and whites.

Segregation and the lost cause of the Confederacy reigned supreme until the Civil Rights Movement of the 1950s and 1960s. The racist symbolism of the Confederacy was evident in the 1961 decision of the South Carolina state legislature to raise the Confederate battle flag on the state capitol grounds in defiance of the Civil Rights Movement. Although the rhetoric of states’ rights was again employed by Southern politicians, it was apparent that segregation today, yesterday, and forever was about racial supremacy. The Civil Rights Movement enjoyed considerable success in addressing de jure segregation based upon legislative decrees by state governments; however, de facto segregation, whether in the North or the South, has proven much more difficult to overcome. There has been considerable racial progress in the South, as in the nation, but de facto segregation, prejudice, and poverty persist. Young white men like Dylann Roof, who apparently dropped out of school when he was in the ninth grade, are frustrated by the lack of opportunity and seek scapegoats in minorities and a national government which they perceive as favoring blacks, threatening gun ownership, and undermining traditional religion by advocating gay marriage. They seek refuge and protection in their guns and the symbol of a Confederate flag that has not only championed racial discrimination but has represented the lack of economic opportunity for poor Southern whites. The mythology of an oppressive national government seeking to destroy a traditional way of life represented by the Confederate flag has continued to promote racial division and limit social and economic reform in the South. It is time for a change.

Perhaps a brief personal observation will further explain this point. I was brought up in the Texas Panhandle, the son of poor Southern whites who labored in the cotton fields. Like other Texas families in the 1950s, we celebrated the official birthdays of Jefferson Davis and Robert. E. Lee and commemorated the Alamo—it was never mentioned that one of the natural rights for which the Texans revolted against Mexico was the right to hold slaves. I don’t think that my parents, who are deceased, taught me to hate, but they certainly expected me to practice discrimination and segregation. As a child, an event that always stuck in my mind was when a black man knocked at the back door and asked for a drink of water. Without thinking, my mother offered him a drink from my favorite Flintstones glass. After he left, she calmly walked over to the trash can and shattered the glass. I started to cry, and she attempted to reassure me by stating that she was sorry, but “you can’t wash it away.” I internalized these racist notions until under some of Lyndon Johnson’s anti-poverty programs I began to work alongside young black men, and I began to question the assumptions under which I was raised. My mother eventually grew in tolerance, even accepting a black caregiver in the final years of her life. But I often wonder how our family life might have been different had we been able to make common cause with many blacks in the community who shared our economic and religious background. Perhaps we might have bridged the racial gap symbolized by the Confederate flag and displayed the sense of forgiveness, understanding, and unity of purpose enunciated by the families of the fallen church members in Charleston. I wonder if Dylann Roof has any similar feelings of regret regarding his embrace of racism and its historical symbols so often used to manipulate people like him. It would, indeed, be ironic if Roof’s racist actions helped expose once and for all the racial legacy of the Confederacy, and provide an opportunity for poor blacks and whites to work together in the pursuit of progressive causes that will finally “bring ole’ Dixie down.”