The Untold Story of How the Reagan Administration Got Rid of Pinochet, Chile’s Ruthless Dictator

by Morris Morley and Chris McGillion

Morris Morley and Chris McGillion are  co-authors of the just published "Reagan and Pinochet: The Struggle Over U.S. Policy toward Chile"(New York: Cambridge University Press). 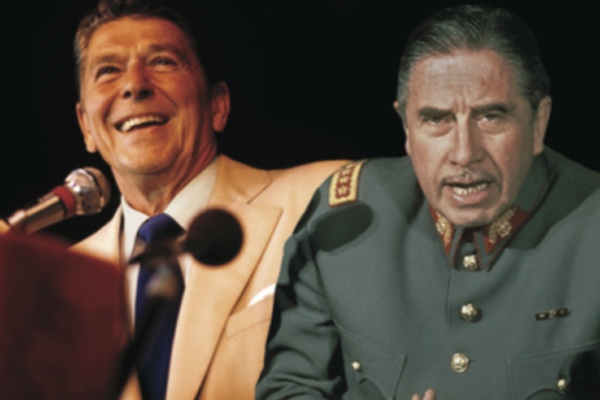 Throughout the Cold War era the United States periodically confronted the problem of dealing with Latin American allies whose regimes were collapsing due to mismanagement and/or popular disaffection but who were unwilling to relinquish power in ways that provided an opportunity for Washington to influence the political transition in a manner favorable to its interests—politically, economically and regionally. The Reagan administration’s dealings with the military dictatorship of General Augusto Pinochet in Chile, though the regime was not at risk of collapse, is often cited as an exemplary case of a successful democracy promotion strategy. But how was Reagan’s State Department able to pursue this approach and what kind of democratic transition was the administration willing to support? 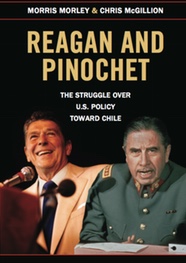 President Reagan’s publicly declared support for freedom, democracy and human rights generally--a position most comprehensively outlined during a June 1982 address to the British Parliament and directed primarily at the Soviet Union--gave pragmatic conservatives in the State Department an opportunity to contemplate policies beyond the strictures laid down by a group of hardline Cold War warriors who initially monopolized senior foreign policy positions. Their eventual replacement or retirement from Reagan‘s inner circle of advisers provided opportunities to make the case for a policy less driven by reflexive anti-communism. Additional personnel changes during Reagan's second term further strengthened the position of Secretary of State George Shultz as the President’s most trusted and hence influential foreign policy adviser.

By 1983-84, the resurrection of civil society in Chile produced a consensus among key State Department officials on the need to re-evaluate the administration's approach to Pinochet. The emergence of social movements in Chile (across the social class, occupational and political spectrum) offering a direct political challenge to the military regime eventually led to a consensus calculation within State that the time had arrived when it might be in the best long-term U.S. interests to promote a return to civilian rule. Regional developments also entered into this policy rethink: transitions from dictatorship to democracy were occurring across much of Latin America to a point where Chile was beginning to stand out like a ‘sore thumb,’ and had become an international pariah with whom the U.S. was most closely identified.

Following Reagan’s inauguration for a second term, the bureaucratic debate over Chile policy moved decisively in favor of Shultz and his key State Department advisers who were opposed to Pinochet's indefinite rule and keen to see practical steps taken to culminate in a transition to democracy. To achieve what Deputy Assistant Secretary of State for Inter-American Affairs James Michel termed the ultimate goal of facilitating “the emergence of a centrist political consensus and a soft transition into democracy,” State was able to convince Reagan to publicly reject Pinochet’s constant declaration that Chileans faced a stark choice between the order and stability provided by the military and the chaos he associated with his opponents. Not only did this rejection strike a crucial blow at the dictator’s defense of his rule but simultaneously boosted the influence of junta members who had tired of both the military’s adventures into politics and Pinochet's own ambitions.

Meanwhile, administration officials had settled on a two-track policy approach: on one hand, prodding Pinochet with a mix of quiet diplomacy, public criticism and largely symbolic economic pressures to cajole him to return Chile to a restricted democratic political order; on the other, coaxing ‘anti-regime’ social movements and political parties of the center-right--that Washington associated with moderation,’ ‘dialogue,’ ‘compromise,’ and limited ‘reforms’—and discouraging their involvement with ‘anti-system’ forces of the Left viewed as synonymous with ‘violence,’ ‘polarization,’ ‘radicalization’ and other activities that ‘endangered’ democracy.

Washington’s support for a democratic transition, in other words, did not reflect a sustained and principled commitment to the promotion of democratic norms and values; rather, the application of the policy revealed a highly conditional and qualified support based on calculations that bilateral and regional U.S. interests would be best served by a return to electoral rule but under circumstances that would leave little to chance, much less to ‘democratic adventurism.’ The revival of an inclusive, multiparty system that characterized Chile prior to 1973 was never considered an option warranting U.S. support and encouragement. This approach dovetailed perfectly with the junta’s non-negotiable preconditions for a transfer of power: a civilian governing alternative that would preserve the essential objective of the September 1973 coup — which was to eliminate the threat from the Left – maintain the junta’s political and economic structures, and forego recriminations against the armed forces over their brutal methods of governance.

The Reagan White House was under no circumstances prepared to countenance a re-democratization process that might result in an ‘unacceptable’ segment of the opposition (left social movements and their militant political party allies) from heading a newly elected government. Thus, in contrast to the requests for ‘soft’ changes asked of the junta, U.S. policymakers demanded a wide-ranging set of major concessions from the ‘responsible’ opposition, including acceptance of the legitimacy of the coup and the generals own 1980 Constitution, and the armed forces’ demand for amnesty from prosecution for human right abuses perpetrated during their 15 year rule.

Undeniably, this represented a political victory for the forces that carried out the 1973 military coup and a personal triumph for Pinochet himself. The armed forces presided over a political transition at a time of its own choosing, with its internal cohesion, sense of honor, and institutional power unaffected, if not strengthened; the country was now governed by a popularly elected civilian regime dominated by the moderate and conservative opponents of military rule committed to maintaining generals’ neoliberal economic model; and those opposition forces posing the greatest threat to the state – the social movements of the left – were politically marginalized. If the Reagan White House played a less than decisive role in wresting political power from the armed forces, what ultimately transpired was the best possible outcome from the perspective of U.S. bilateral and regional interests. 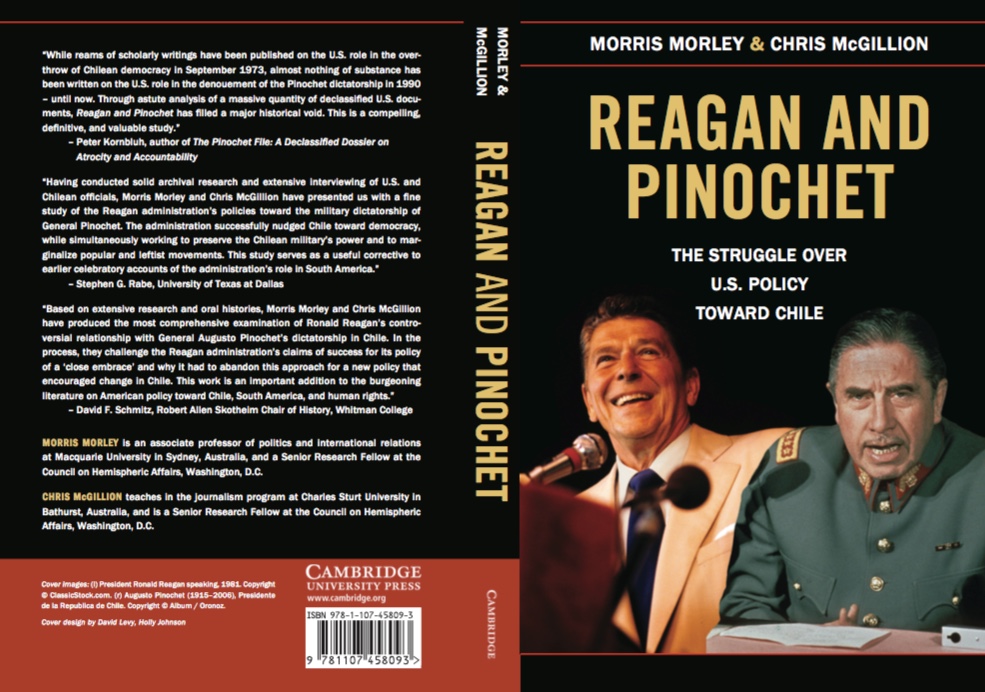