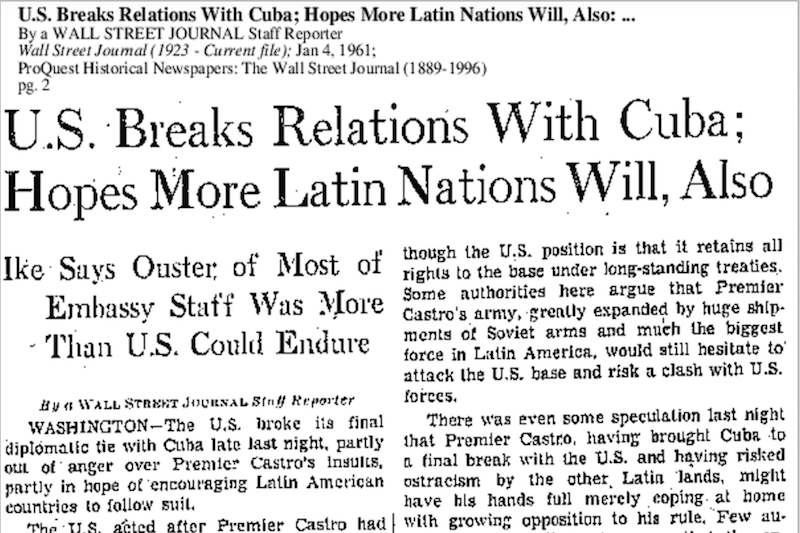 "Once a geopolitical flash point in a global struggle of ideology and power, Cuba obsessed American leaders of a different era, who sponsored covert schemes like the failed Bay of Pigs operation in 1961 aimed at toppling Fidel Castro, the charismatic revolutionary leader. A Soviet move to station nuclear missiles in Cuba led to a 13-day showdown in 1962 and the most perilous moment of the nuclear era."

The president said the diplomatic isolation of Cuba is outdated.

You can read the assessment of historians of America's twisted relationship with Cuba by clicking on the following links to HNN's rich archives: