Rod Tanchanco is a physician specializing in Internal Medicine. He writes about events and people in the history of medicine. His website is rodtanchanco.com 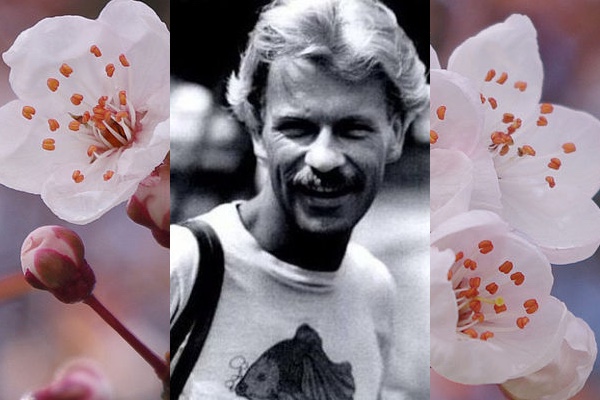 The cherry trees are still there, blossoming every spring, on a patch of land near Stanley Park in Vancouver. They were planted in 1985 by a group of volunteers from AIDS Vancouver, to honor the memory of three Canadian sons who were among the early victims of AIDS. One of these men was Gaetan Dugas, who died in 1984. During this same period in San Francisco, Randy Shilts, a reporter for the San Francisco Chronicle was covering the exploding infectious catastrophe and was piecing together a 600-plus-page tome on the disease.  He had hoped that the book, And the Band Played On, would expose what he described as 'institutional indifference' that was confounding a major health crisis.

But when the book was released in the fall of 1987, pre-hyped by tabloid headlines, almost all of the limelight was cast on a dead Canadian whom Shilts had singled out as the possible source of HIV in the United States.  The Typhoid Mary of AIDS, as Shilts depicted him, even had a name.  It was Gaetan Dugas.

Who was Gaetan Dugas?

Dugas was born in Quebec on April 20,1953 and raised in Quebec City by working-class parents.  He started out as a hairdresser in Toronto before transitioning to a new career as a flight attendant. A Quebecois who only spoke French, he was obligated to learn English as part of the requirements for the job.  So he moved to Vancouver, learned the second language, and joined Air Canada to begin his dream career.  His travels included trips to the United States, Europe, and the Caribbean.  He visited San Francisco yearly to partake in the annual gay parade and weekend-long partying.

His head-turning good looks and charm ensured a steady stream of sexual partners; and in a typical year his exploits amounted to approximately 250 encounters.   When Dugas developed swollen lymph nodes in 1979, his ordeal with HIV began. In 1980, a brown spot appeared on his face, and a biopsy confirmed the cause: Kaposi's sarcoma. He had what was then called the 'gay cancer.’

During the early years of the epidemic, the Centers for Disease Control (CDC) crafted an extensive questionnaire to gather information from the first AIDS patients.  From this survey, the researchers learned that the affected men participated in certain types of sexual activity and were rather promiscuous.

The interviewers also asked the patients to name all their sexual contacts. After a few dozen of these interviews, they noticed that multiple patients mentioned a certain Canadian air steward.  In March, 1984, the so-called “Cluster Study” was published in the American Journal of Medicine.

The paper included a diagram illustrating the links between the patients, with each person represented by a place and number.  Within this cluster of circles was Patient O (the letter, not the number zero). Directly emanating from Patient O were 8 individuals; and from there, further links to other AIDS patients. There were no names in this scientific study. Not yet. But this would be basis for the name 'Patient Zero.'

The CDC did interview Dugas, and on multiple occasions, when it was becoming evident that AIDS was an infectious disease, doctors sternly advised him to stop having sex. He refused these orders, as he was stubbornly unconvinced that he could transmit cancer. He remained sexually active. He moved to San Francisco, gained a significant degree of notoriety at the bathhouses to the point that some members of the gay community conspired to force him out of town. Eventually, he did move back to Vancouver. His disease advanced, he suffered through multiple bouts of Pneumocystis pneumonia, and on March 30, 1984, he passed away in Quebec.

Three years later, Shilts revealed Dugas as the Cluster Study's Patient Zero. While Shilts (who also later died of AIDS) held a nobler agenda in writing the book, the publication’s success was initially in doubt. Phil Tiemeyer, author of Plane Queer interviewed Michael Denneny, Shilts's publisher, who admitted that the initial dismal prospects for And The Band Played On motivated them to find a more creative way to promote the book. The solution was to use Patient Zero and present him as the handsome, promiscuous French-Canadian airline steward who may have brought AIDS to America. This was the pathway to the bestseller list, and it worked. Denneny reasoned that once the book gained publicity, Shilts could use the platform to denounce the Reagan administration's indifference to the AIDS problem. Shilts himself was averse to the idea, but Denneny convinced him to go along with it. When the frenzy over the book was in full swing, however, the interest over the Patient Zero story trumped the other issues, and ironically hurt the AIDS cause.

The Origins of Evils

Dugas was of course, not the source of HIV in the United States. He was also not a saint. I asked Dr. Brian Chittock, the executive director of AIDS Vancouver, if Dugas ever got involved with AIDS advocacy. Dr. Chittock does not believe that Dugas ever did; in fact the AIDS Vancouver board tried to reason with Dugas to curtail his behavior, but to no avail. He undoubtedly put his partners at risk, but he was never Patient Zero. And yet so many were willing to believe that he was. Why was that? It turns out that this phenomenon is not unique to the AIDS story.  The Science Museum’s History of Medicine has a section titled “The fault of others: exiles, scapegoats and the human face of disease.” It describes the tendency throughout history to target marginal groups, minorities, and the poor as scapegoats for plagues and diseases. It was a means to allay fears and reinforce prejudices. For instance, the Black Death was blamed on Jews and cholera on immigrant Irish workers. Syphilis was called ‘The French Disease” in England, and the French in turn blamed the Italians who in turn blamed the French.

New diseases always seem to originate from somewhere else (sometimes they actually do). Patient Zero was simply that outsider who was just too easy to blame.