Why Is It Congress Seems Concerned with Families Only When Sex Trafficking Is at Issue?

Jessica R. Pliley is an assistant professor of women’s history at Texas State University and the author of “Policing Sexuality: The Mann Act and the Making of the FBI” (Harvard University Press, 2014). 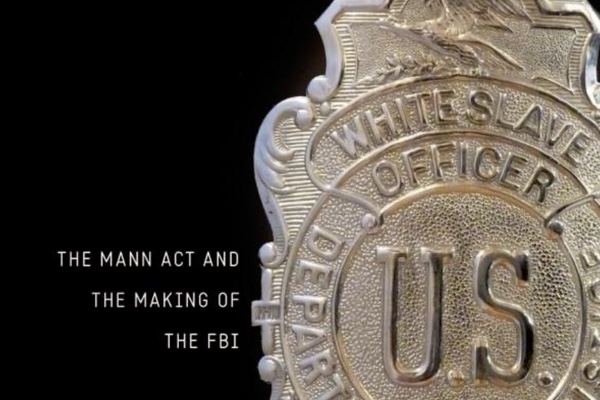 In one of the rare instances of bipartisan cooperation, the House’s Ways and Means Committee and the Senate’s Finance Committee passed the Preventing Sex Trafficking and Strengthening Families Act (P.L. 113-183/H.R. 4980), which President Obama signed into law on September 29, 2014. On the whole, the law seeks to encourage states to reform their foster care systems by encouraging and streamlining adoption processes. Though foster care reform is an admirable legislative concern that intersects with the real-world needs of children, what interests me is the way that foster care reform has been linked to sex trafficking within this bill. 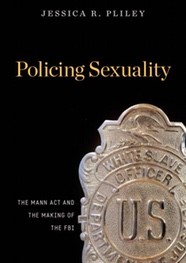 Senate Finance Committee Chairman Ron Wyden (D-OR) declared, “This legislation will ensure no state turns a blind eye to child sex trafficking by requiring state child welfare systems to identity victims and build a systematic response.” Looking at the public record, it is incredibly unlikely that any state could turn a blind eye to domestic minor trafficking as states have raced to save the children from traffickers. According to the Polaris Project, starting in 2003, all 50 states have passed laws prohibiting sex trafficking within their borders, and an additional 45 states have passed domestic minor sex trafficking laws. These state laws are fortified with the federal Trafficking Victims Protection Act (2000, reauthorized in 2003, 2005, 2008, and 2013) and the Mann Act (1910). Indeed, looking at the public rhetoric coming out of city halls, state houses, and halls of Congress, it seems that the United States is plagued with the scourge of sex traffickers preying on children. In a period of intense bipartisan division, the issue of sex trafficking seems to be one of the few issues that brings together members of rival political classes. One hundred years ago the United States was just as captivated by the issue of sex trafficking and the dangers it posed to youth.

Sensational stories about sex trafficking dominated the nation’s newspapers from 1907 until the outbreak of World War I in 1914. Called white slavery at the time, newspapers and magazines warned that a clandestine network of sex traffickers imported sex slaves from Europe to the United States to fill America’s brothels. But foreign-born girls were not the only youths at risk. Edwin Sims, a U.S. Attorney in Illinois, noted in 1909, “Literally thousands of innocent girls from the country districts are every year entrapped into a life of hopeless slavery and degradation…[by] ‘white slave’ traders who have reduced the art of ruining young girls to a national and international system.”

As numerous historians have noted, these sensational stories of sex trafficking encapsulated a host of intersecting anxieties circulating during the period: fears of the immigrant hordes, worries over the new heterosocial recreations offered by the city, dismay over the availability of legal prostitution, dread of interracial relationships, unease over women’s increased entry into the wage marketplace and public life, and concern about the eroding of traditional familial and community relationships in a period of marked rural-to-urban migration. With so many fears expressed within the stories of sexual slavery, it wasn’t long until social purity reformers, women’s rights activists, and other moral reformers turned to congress to protect “somebody’s daughters.”

In 1909, Edwin Sims and his ally Clifford Roe approached Illinois Congressman James R. Mann about drafting a nation-wide domestic anti-trafficking law that would complement existing immigration laws. Mann’s proposed law would make it illegal to take a woman or girl over state lines for the purposes of prostitution, debauchery, or “any other immoral purpose.” Debated in 1910, most congressmen signaled their support for the law, with Thetis W. Simms (D-TN) urging passage of the law to “take care of the girls, the women—the defenseless.” He suggested that “we will prevent, I hope forever, the taking away by fraud or violence, from some doting mother or loving father, of some blue-eyed girl and immersing her in dens of infamy.” Within the Progressive imagination, the most sympathetic victim of sex trafficking was the young, white girl who had a previous reputation of chastity who through no fault of her own had become alienated from a stable family structure—the doting mother or loving father. The legislation sailed through the House and Senate and was signed into law on June 26, 1910 by President Taft.

Amid the changing cultural mores of the 1920s the Bureau became a force for conservative values within the federal government. Mann Act investigations continued to make up the bulk of the day-to-day activities of the agency; but the type of Mann cases pursued changed. The Bureau actively responded to parents’ requests to track down run-away daughters and husbands’ demands for help locating adulterous wives. Until the outbreak of WWII, the anti-sex trafficking law was used to uphold patriarchal familial privilege, and the dependency of wives and daughters—strengthening family along the values of the early twentieth century.

The Preventing Sex Trafficking and Strengthening Families Act fits into a long tradition linking the dangers of sex trafficking to the frailty of family stability. Senator Wyden argues that the new law “helps build bridges to permanent families and stable relationships, which are key to protecting children from predators.” But as the Bureau’s investigations into Mann Act cases reminds us, building stable families and fighting sex trafficking has historically meant empowering the law enforcement state, rather than growing social services or providing for victims’ assistance. Legal scholar Jennifer Sheldon-Sherman notes that the current trend in sex trafficking policy follows the same pattern of prioritizing law enforcement over victims' services and preventive care. Perhaps the Preventing Sex Trafficking and Strengthening Families Act, with its efforts to protect vulnerable foster kids from prostitution, represents a step towards constructing a comprehensive way to combat sex trafficking.