92 Years Old and Still Doing History? It's the Story of Bernard Weisberger 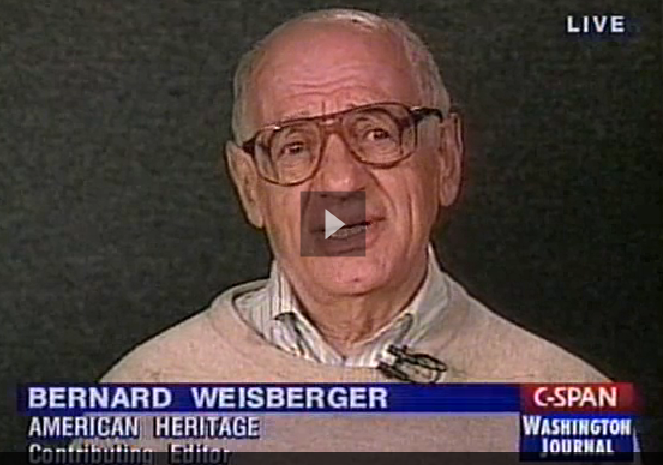 Bernard Weisberger turned nine-two recently.  For generations of students and readers, he's known for making history accessible, first as a college professor, later as an author of popular history books, collaborator with Bill Moyers, and finally as the author of a column in American Heritage.

In honor of his many contributions to the understanding of history HNN asked several of his former students and colleagues to provide their reminiscences in a kind of informal electronic festschrift. It was the idea of Joan Jacobs Brumberg.

“To Sir With Love…” By Joan Jacobs Brumberg

The Bernie Principle By Leonard Steinhorn

Bernie and Me By Walter Nugent

"People Are Crazy and Do Damn Fool Things" By Rick Shenkman