Nelson Mandela Was Truly One of History's Great Men

James Mittelman is a University Professor in the School of International Service and an African politics expert. 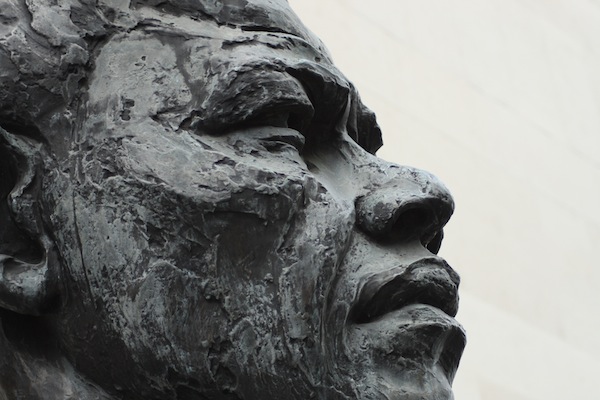 Public opinion polls in many countries show widespread cynicism about political leaders. Youth’s heroes are popular entertainers, with only one exception—Nelson Mandela. But how will he be memorialized?

As controversies surrounding the Martin Luther King, Jr., monument in Washington, D.C., suggest, portraying the lessons of a great leader’s struggle against injustice is not an easy matter.

The story of Mandela concerns all of us. President Obama has described him as a “hero for the world.”

Imprisoned for 27 years under apartheid, South Africa’s first black president, Mandela, has inspired multitudes. I was one among many when as a young American student, I joined anti-apartheid protests and support groups.

Although the battle against apartheid has been personalized, as it is in some museum exhibits, Mandela has disavowed forms of hero-worship that understate mass struggle. In his autobiography Long Walk to Freedom, this movement is portrayed as a collective effort that waged decades of nonviolent campaigns.

When he joined the African National Congress (ANC), Mandela clearly preferred the principle of nonviolence. However, after the National Party came to power in 1948, enacted racial separation as law, and unleashed brute force against the resistance, Mandela gradually embraced the tactics of violent response. In 1961, Mandela became head of Umkhonto we Sizwe (Spear of the Nation), an armed organization in tune with the ANC’s goals.

The resistance led to a peaceful transition to majority rule, a new constitution enshrining human rights, and democratic elections.

Over the years, various administrations in Washington worried about Mandela’s links to the South African Communist Party (of which he was not a member) and his sympathy for Arafat and Castro, who backed the ANC against apartheid. In 1986, during Ronald Reagan’s presidency, the U.S. government placed Mandela’s ANC on its secret watch list of terrorists. Only in 2008, 15 years after Mandela won the Nobel Peace Prize, did Washington relent and remove the ANC from this list.

From the time when Mandela was freed from jail in 1990 to the 1994 elections ushering in the Government of National Unity, South Africa was a tinderbox. I recall Johannesburg’s Jan Smuts Avenue at that time, when a right-wing faction of Afrikaners in military fatigues openly recruited white males to fight majority rule. South Africa was a civil war, the next Bosnia, in the making.

Yet Mandela’s message and living example of reconciliation prevailed. Following one term in office, Mandela stepped down as president in 1999. After his presidency, he was certainly not blind to the problems of inequality in post-apartheid South Africa.

Although resistance to apartheid was particular to a time and place, the issue of overcoming injustice is timeless. It drove a Tunisian vendor to immolate himself and, in certain countries, motivates youth who want educational opportunities, good jobs, and social justice. At present, human dignity is a theme in mass protests in Brazil, Turkey, and elsewhere.

A moral force in the world, Mandela sacrificed dearly for the values of freedom and social justice. His persona is an emblem of the urgency to take a stand against global apartheid. The narratives emblazoned on memorials can help recount this story and rekindle the spirit of Mandela.