Blogs > Steve Hochstadt > Can We Save the Truth?

Can We Save the Truth? 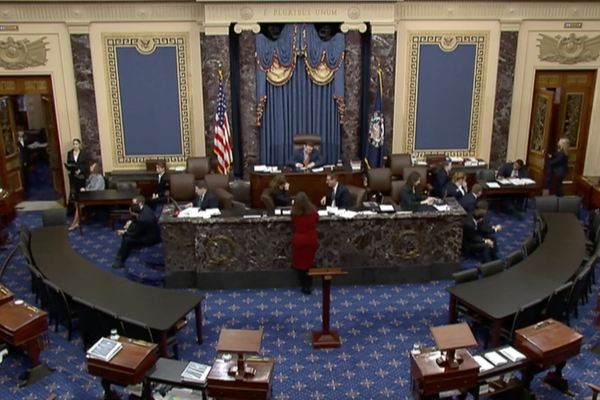 Is there truth? During the late 20th century, the humanities became enmeshed in esoteric discussions about truth. Deconstructionists argued that all writing was relative to the writer, whose identity and biases created work that might be true for the writer, but not for other people with different identities. This argument came out of a radical critique of Western white male hegemony, which has since been expanded to the analysis of all forms of hierarchy. White supremacy, male chauvinism, homophobia, and all other kinds of discrimination lead to claims by dominant groups that they possess truth, when they are actually only expressing their self-interest.

This line of thinking was taken up especially by literary scholars, who argued that every text has multiple, perhaps infinite meanings. There is no true interpretation of a piece of writing. When this was expanded into other disciplines, it became more confusing. Some historians argued that it is impossible to make a true historical statement. Every statement can have multiple, even contradictory meanings. Excellent examples of this would be statements that really do depend on the position of the author: Wikipedia’s article on Fort Seybert in the Allegheny Mountains is mainly about fighting at the Fort in 1758, and includes the phrase “the Indians massacred 17 to 19 people”. Such statements were assumed to be truths until recently, as long as the number of dead were accurate. But: the attackers were not “Indians”, but members of the Shawnee and Delaware tribes; “massacre” implies mass murder, when this was one battle in a war begun by white invaders of Native American lands; etc.

Much historical writing had to be rewritten to remove what turned out to be obvious biases in language and meaning. Much remains to be done.

Scientific ideas also were criticized as claiming truth when there was none. An example that has upended many social assumptions is the idea of gender, a seemingly biological concept. How do we tell the difference between a man and a woman? We should not simply adopt traditional ideas, supposedly scientific, which are merely social ideas put into scientific language. In athletic contests that question has led to many controversies about who may compete against whom. The relativists’ argument would be that gender is a matter of self-definition, not truth.

Does this mean that there is no truth? That any statement can be shown to be untrue by people with a different point of view? Objectivity is impossible, so there is no objective truth.

I always have regarded these questions as irrelevant to my work as an historian and political commentator. I recognize that every historical statement can be attacked as not precisely true. Six million Jews were killed during the Holocaust. Well, certainly not exactly six million, which is an estimate, the best one we have. Many of the people the Nazis murdered as “Jews” did not consider themselves Jewish. Many more millions were killed by the Nazis using the same methods in the same places – they should not be left out of the concept of Holocaust.

I’m sure that nearly every sentence I have ever written could be taken apart and shown to be not as true as some other much more complicated formulation.

Please pardon this lecture on abstruse intellectual arguments. They were all the rage when I was a graduate student, and tended to make doing historical writing difficult. For my own writing, I have settled on a method of writing and rewriting in which I seek to improve places where I use imprecise categories and labels, where I slide over gaps in my knowledge with vague phrases, where my ignorance leads to false statements. I find and fix many such places in the process of revising. I hope to produce writing which is as close as possible to being objective and true. That I have such goals indicates that I do not accept the idea that there is no truth. I do believe that truth is very hard to reach, that nearly every proposition in history or science can be improved by more work, that we are imperfect seekers of truth. So we can approach truth, but perhaps never reach it.

At last we arrive at my point. When these arguments were raging in the academy, conservatives were greatly annoyed. Conservative historians asserted that relativists were ruining everything, that truth did exist. They criticized post-modernism as a mask for moral relativism, connected this immorality with the popular movements of the 1960s, and asserted their own moral primacy (the Moral Majority).

I was prompted to write this because of the great irony that the political conservatism, which once argued for objective truth, now relies on the broadest attack on truth that we have ever experienced. Political lies are nothing new and nothing inherently conservative. President Lyndon Johnson’s lie about a North Vietnamese attack on American ships in the Tonkin Gulf in 1964 led to a disastrous expansion of the war, which was extended by years of lying laid out in the Pentagon Papers. But today we suffer from a multiplication of lies as a Republican tactic to win elections.

The platform of the Republican Party about climate change and health care, two of our most pressing issues, is just one big lie. The use of a fabricated story about Ukraine and Joe Biden is a set of lies, that then led to one of the greatest scenes of collective public lying in American history, the response of Republican Representatives and Senators to the impeachment.

We are being bombarded with carefully crafted lies throughout cyberspace, designed to distort the results of the 2020 election. False stories about Joe Biden and Ukraine have already spread virally to millions of people. Fighting them takes enormous effort and resources, well beyond anything that will be deployed this year.

Disinformation spread by bots can come from anywhere on the globe. The technology is non-partisan. But the use is not. Russia’s online campaign in 2016 was designed to help elect Trump. The Trump campaign is now using one of these Ukraine stories in various media. CNN refused to run it, but it’s up on Facebook.

The intersection of a Republican Party which sees no value in distinguishing between truth and lies and an emerging technology that makes spreading lies incredibly easy is a great political danger. Is there truth? Not if those in power in America don’t care.