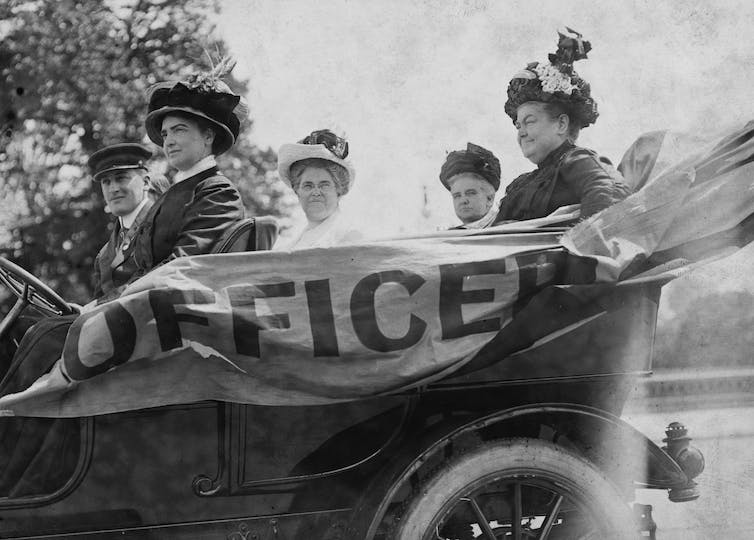 The history of abortion in the U.S. guided some of Supreme Court Justice Samuel Alito’s arguments in the Dobbs v. Jackson Women’s Health Organization decision. Alito argued that abortion has never been a “deeply rooted” constitutional right in the United States.

But as a historian of medicine, law and women’s rights, I think Alito’s read of abortion history is not only incomplete, it is also inaccurate.

Alito argued in the opinion that abortion has always been a serious crime, but there were no laws about abortion at all in Colonial America. Beginning in the 19th century, most states barred it only after “quickening,” when a pregnant woman can first feel the fetus move, typically around the fourth to sixth month of pregnancy.

Abortion is indeed deeply rooted in the American experience and law. American women have always tried to personally determine the size of their families. Enslaved Black women used contraception and abortion as specific strategies of resistance against their physical and reproductive bondage.

The very passage of the 13th and 14th amendments, which ended slavery and guaranteed citizenship for all, is evidence that the Constitution actually does protect bodily autonomy. The 14th Amendment’s due process and equal protection clauses have long been the legal basis for gender equality cases. If, as the Supreme Court’s ruling suggests, the right to abortion is not constitutionally protected via the 14th Amendment, it opens up the possibility that other settled law concerning gender and racial equality also has the potential to be reversed.

Instead of examining abortion through the lens of past cases of gender law, however, Alito instead refers to the opinions of 17th-century male legal theorists, who believed in witches and the right of husbands to rape their wives. He also cites as evidence the passage of 19th-century state abortion laws by all-male legislatures, which criminalized abortion and birth control. The Comstock Postal Act of 1873 also made possessing or selling all sexual information and contraceptive items a federal crime.

Meanwhile, Alito’s opinion does not discuss the women’s rights movement in the 1800s or women’s ordinary, daily perspectives on abortion at the time. In this landmark decision, the court has skipped one of the biggest parts of U.S. history on abortion, creating a glaring gap in an understanding of how abortions and abortion law in the country worked in the past. 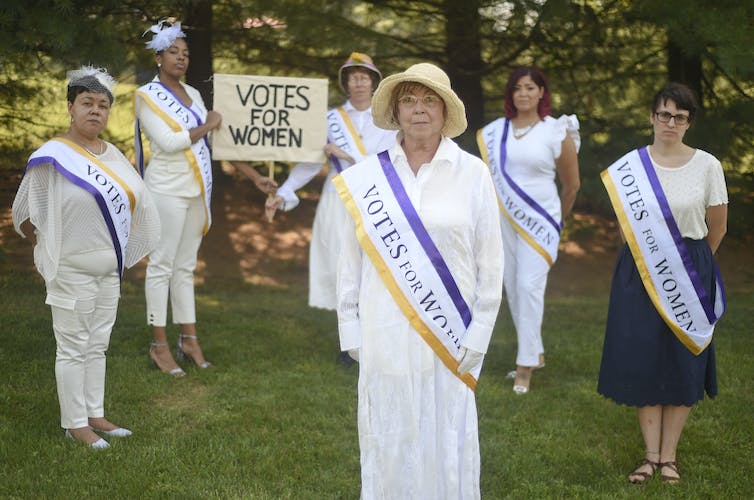 Considering how suffragists like the Black journalist and activist Ida B. Wells and other prominent women’s rights activists in the 19th century thought about rights to their own bodies is an overlooked part of this history.

Suffragists in the 19th century focused on a woman’s right to vote – and did not openly support legalizing abortion or birth control.

The reason why reproductive rights were omitted from the suffragist campaign is complex.

Suffragists argued that legalizing birth control and abortion would hurt women, who already had few legal rights at the time. They said that men would then use these legal freedoms to further abuse and control women.

Instead, suffragists embraced an idea they termed “voluntary motherhood.” This meant that women had the right to reject unwanted sex and could choose if and when they had children.

Even in happy marriages, many women in the 1800s could not necessarily control the number of pregnancies they had. Marital rape was legal, and enslavers had total control over enslaved women’s bodies.

The idea of voluntary motherhood – meaning that women should have full control over their own bodies – was a powerfully radical idea.

This notion appealed to women across race and class lines, and it helped drive the emergent women’s rights movement, beginning in the 1840s. 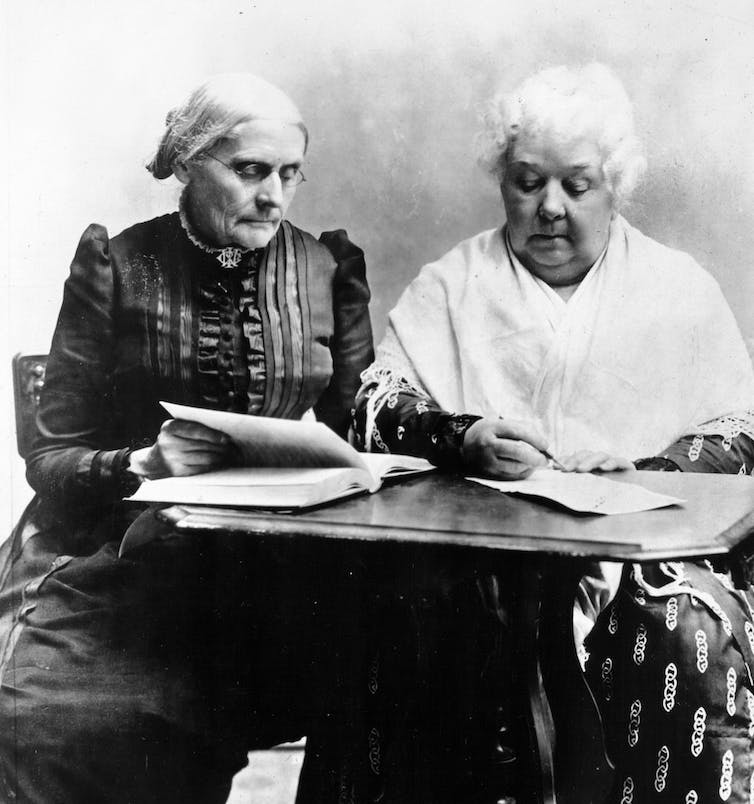 Susan B. Anthony and Elizabeth Cady Stanton, both noted suffragists, are shown in an 1890 photograph. Photo12/Universal Images Group via Getty Images

What suffragists said about abortion

Suffragist reformers recognized that the right to vote meant little if they did not have control of their bodies or reproductive lives. Black suffragists like Wells and Frances Ellen Watkins Harper, for example, spoke eloquently about the constant dangers Black women faced from white men raping and assaulting them.

They and White women suffragists like Lucy Stone argued that gaining the right to vote would help women have more power to combat these problems.

These activists recognized that women turned to contraceptives and abortion to control their own reproduction. But they also said that unscrupulous manufacturers and people who performed abortions sometimes took advantage of women, by selling them ineffective or harmful contraceptives or charging them large sums for abortions. Substances used to induce abortion, or abortifacients, also often contained harmful and poisonous ingredients that killed women, while surgical abortions were incredibly risky in an era where germ theory and understandings of infection were rudimentary at best.

Reformers also openly blamed harsh anti-abortion laws for contributing to these problems – driving women to desperate measures while still allowing men to have sex freely and shirk their responsibilities of fatherhood.

Suffragist Matilda Joslyn Gage agreed, writing in a suffrage newspaper in 1868 that “this crime of … abortion … lies at the door of the male sex.”

Today, some anti-abortion rights women’s groups look to the suffragist movement to make the case that abortion should be limited or banned.

Feminists for Life and Susan B. Anthony Pro-Life America, for example, have long rested their funding and advocacy campaigns on attempting to prove that suffragists were “pro-life.” But research shows that their argument is an incomplete reading of suffragists’ complex views of abortion, while also falsely presuming that suffragists would have supported current laws banning abortion today.

There is ample primary source evidence in suffrage newspapers like “The Revolution” or in the private letters of the suffragists showing that they repeatedly insisted that anti-abortion laws punished women, without actually eliminating the practice of abortion.

White suffragists like Anthony held overtly racist and eugenic views, and their support for women who sought abortions often incorporated ideas of eliminating disability and what they deemed undesirable offspring. They prioritized rights for white, middle-class women and ignored or outright rejected Black reformers’ urgent pleas for reproductive justice.

But that messy, complex past nonetheless remains central to understanding Americans’ experiences with abortion and abortion law.

Alito wrote that women’s role in abortion history is too “conflicting” to be useful. Yet considering women’s historical attitudes about reproductive rights – and the reasons behind these views – was a critical omission in the court’s historical considerations of the role of abortion in Americans’ lives.