Charles J. Holden is Professor of History at St. Mary's College (MD). He is the author of Republican Populist: Spiro Agnew and the Origins of Donald Trump's America (University of Virginia Press, 2019). 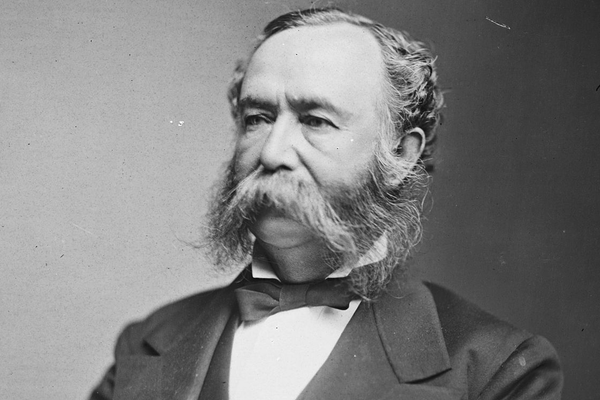 Wade Hampton III of South Carolina, photographed by Matthew Brady during his tenure as a United States Senator ca. 1880

Thanks to the Supreme Court’s historic end-of-session rulings, I’ve found myself thinking about the dissertation I defended in 1997 and which was published in 2002 as In the Great Maelstrom: Conservatives in Post-Civil War South Carolina. In it, I argued that southern conservatives, despite their overwhelming defeat in 1865, relied on an understanding of history that justified using various means – including violence – to reestablish and maintain control over their state in the years that followed. A few core beliefs held their view of social order together through decades of undeniable change. As one would expect, they defended white supremacy. They also believed in the rule of local elites -- meaning themselves -- over everyone else, including poor white southerners, whom they openly tried to keep from voting for a time. A hallmark of this conservatism was that history itself justified a hierarchical social order and that history would eventually vindicate them.

A little part of me is impressed that the case seems to have held up. A much bigger part of me wishes I had been wrong. The Supreme Court’s deeply revanchist rulings show clearly how the majority of justices, much like the conservatives I examined, interpret and invoke American history in such a way as to justify elite male rule as the proper social order. As inheritors of this tradition, today’s conservative justices, therefore, will likely continue to solemnly invoke the past as they go on their way rolling back the hard-earned civil rights of more and more Americans. Today’s progressives should always remember that conservatives play the long game.

Even amidst the ruins of their towns and farms, with slavery outlawed and African American men having the vote, southern conservatives assured one another after the Civil War that “many things here are changed, but all is not changed.” They defended the Old South and urged their fellow elites to “infuse her nature” into the New South. South Carolina writer Ben Robertson wrote later that “the past that Southerners are forever talking about is not a dead past…it is a living past, living for a reason.” Having long denied access to education to everyone else, they took it upon themselves to interpret and write that history. Their claims of reverence for the past – and their selective use of the past – are strikingly similar to modern conservatism’s favorite legal theory, originalism.

Recently on Ezra Klein’s podcast, Professor Kate Shaw of the Cardozo Law School reviewed the Court majority’s originalism and its slipshod use of history. Originalists turn “to the time right around when the constitutional language was written” to determine “what the language means based on what it meant at the time.” If a current rights claim cannot be found within the original meaning of the text of the Constitution, it must be rejected. This seemingly politically-neutral approach, Shaw notes, relies on “incredibly selective readings of the relevant historical record, in service of — it seems — outcomes that actually are philosophical… or substantive value driven outcomes.” In other words, conservative. Shaw concludes, “to suggest that this kind of method actually is objective in a way that earlier approaches to constitutional interpretation were not I think is just at worst sort of bad faith.”

Shaw is correct. The majority bloc of justices are lousy historians. As such, they are following in a long conservative tradition. What I learned through my own work was that the conservatives’ invocations of history often mixed wishful thinking about the past with bad faith in interpreting it. And it was always done with the present-minded purpose of maintaining elite white male rule, especially on matters of race.

For example, Frederick Porcher was a professor at the College of Charleston. The enslaved labor from over one hundred men, women, and children produced the wealth from his family-owned plantation outside of the city. Before the war, Porcher developed a sophisticated defense of enslavement as the “natural” foundation for a divinely sanctioned social order. It worked, he argued, because everyone accepted their place within the hierarchy. During the war, some of his enslaved people had other ideas and used the war’s disruptions to escape. After the war, Porcher wrote local history which asserted that the enslaved had been happy in their enslavement, conveniently overlooking what he had witnessed just a few years prior. When the disfranchisement of black voters began in the 1870s, Porcher taught his history students that no actual rights were lost for the freedman since, “he had none in the country from which he was brought” to the U.S.

Edward McCrady, Jr., an attorney, also dabbled as an historian as he served in the South Carolina state house in the 1870s and 1880s. His reading of the state’s history led him to conclude that “under our system of government, the public business is ours, just as much ours as our own personal and private affairs.” Our, ours – McCrady was not exactly subtle. And while history justified elite rule, it didn’t hurt to put one’s fingers on the scales. As Wade Hampton, a former Confederate general and enslaver of hundreds, explained on his way to becoming Governor, “If we cannot direct the wave it will overwhelm us.” McCrady agreed and pushed for a law that would deny the vote to black and poor white South Carolinians. He also was active in the local “rifle clubs” of the 1870s that carried out acts of violence against anyone challenging elite rule.

At the dawning of the Jim Crow era in the early 1900s, Theodore Jervey, Jr., also an attorney as well as an author, looked back at the elite rule of his enslaver ancestors and sighed, “I don’t believe Democracy ever received more loyal service than was rendered by the aristocratic representatives of the South in the first three or four decades of the Constitutional life of this Republic.” In searching for a contemporary model to match his fondness for the antebellum southern order, Jervey studied Boer rule in South Africa, and he applauded as British and German imperialists abandoned their “extravagantly liberal and humanitarian ideas, with regard to the race question.”

Finally, from the 1920s through the late 1940s, Charleston newspaper editor William Watts Ball frequently invoked the leaders of the Old South and the Confederate generation. He boasted that he was “steeped in their opinions and prejudices . . . rejecting nothing.” Sure enough, in 1933 he grew frantic that a stronger, more progressive federal government under Franklin Roosevelt would mean “goodbye to ‘state rights’ and all that sort of thing.” And that, of course, would eventually mean “the conferring in practice, as well as theory, of equal rights.” Ball explained to his wife that “I don’t believe in slavery, but I do believe in holding the negroes down.” He lived long enough to support Strom Thurmond’s Dixiecrat campaign for president in 1948.

Dobbs v. Jackson on abortion rights, Shelby v. Holder on voting rights, and Vega v. Tekoh on Miranda rights all derive from landmark progressive accomplishments from the 1960s and early 1970s. All now have been gutted if not directly overturned in the name of conservatism. Allison Orr Lawson has written recently, “if history is going to be a key driver for the Supreme Court’s decisions…then it is imperative to ask where the justices are getting their historical sources, whether those sources are fact-checked, and (most importantly) who is narrating the history.” The conservatives I studied in the 1990s offer some disturbing answers to Lawson’s important questions. From Frederick Porcher to Samuel Alito, the history conservatives have used to justify their power has either been a fantasy or one that strictly and explicitly limits freedom for others. Since conservatives believe that history will eventually prove the rightness of their views – and that nearly anything goes to make sure of that outcome – no one should be surprised when the Court continues to mangle history in the name of originalism to make it so.