James D. Zirin is a former federal prosecutor in the Southern District of  New York. 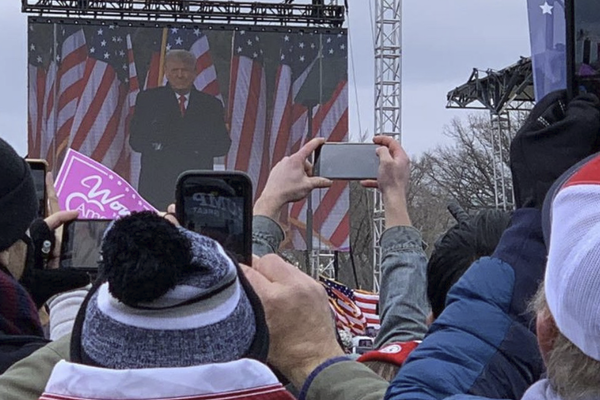 The Italian author Primo Levi, himself a holocaust survivor, proclaimed that “Every age has its own fascism.” Today, Americans wonder whether we are in our own drift towards an undermining of democratic values, which comes not with a sudden coup d’état, but by a thousand cuts.

The House committee investigating the January 6 insurrection will try to make clear that the evidence points strongly to a political coup, calculated to overturn the 2020 election results and destroy the vote, the very foundation of American democracy.

The Supreme Court has stated categorically that conspiring  to defraud the United States includes  a plot “to interfere with or obstruct one of its lawful governmental functions.” And the events of January 6 fit the definition neatly.

Conspiracy is an agreement between two or more people to commit an illegal act, along with an intent to achieve the agreement's goal. It has been called a “partnership in crime.”

Conspiracy is an easy crime to prove. The iconic jurist Learned Hand called it the “that darling of the prosecutor’s nursery.”

Conspiracy is proved by acts, declarations, and conduct. Conspiracy may be proved by circumstantial evidence:

“Relevant circumstantial evidence [may] include: the joint appearance of defendants at transactions and negotiations in furtherance of the conspiracy; the relationship among codefendants; mutual representation of defendants to third parties; and other evidence suggesting unity of purpose or common design and understanding among conspirators to accomplish the objects of the conspiracy.”

The objectives of the January 6 conspiracy could not be clearer or more unmistakable.

One becomes a member of a conspiracy by joining in its enterprise and making it his own. A conspirator must have knowledge of the conspiracy and participate in achieving its goals.

Members of the conspiracy are also liable for the foreseeable crimes of their fellows committed in furtherance of the common plot. And statements by one conspirator are admissible evidence against all.

So, if it’s all so easy, why, as many wonder, hasn’t Trump yet been indicted for seditious conspiracy like his follower “Enrique” Tarrio and four of his Proud Boys henchmen? A trial before a District of Columbia jury would seem like a slam dunk for the prosecutors.

The January 6 committee which, as reported in The Hill, has hired a seasoned TV producer to add a measure of theatricality to its presentation, has a “narrow” opportunity to make the case that January 6 was not some spontaneous riot, but a well-organized, well financed attempt to ride roughshod over the will of the people, and retain power in the hands of Donald Trump. Trump was the kingpin. His lieutenants organized the plot. Everything that happened was for his benefit, and subject to his control. He could have called off the assault on the Capitol, and was asked by his advisers, including his son, to do so. In the moment, he waited six hours. The conspirators included not only the pawns who stormed the Capitol that day, but the knights and rooks--like Tarrio and his henchmen who were not present in Washington--and the bishops and queens--the advisers and enablers who fashioned the plot, defined its objectives, and tried to make it happen.

It will be a tough uphill fight for the committee. The public may be bored with January 6. The passage of seventeen months may have diminished its significance in a public consciousness recently traumatized by Ukraine horrors and gun violence at home. The committee can only anticipate a typical Republican distraction from the hard factual record, claims of a witch hunt, partisanship, and repetition of the “Big Lie” that the election was stolen. The distraction will not come from the Republicans who are on the committee, but from those in the GOP, who may not even like Trump, but who want to make the threat to our democracy disappear as an issue for the midterm congressional elections.

It was Trump who refused to concede the election even after he had lost more than 50 lawsuits, brought in both federal and state courts, with many of his legal defeats coming from judges he himself appointed. It was Trump who urged his followers to march on the Capitol with false claims that Biden had stolen the election, and even said he would go with them until he thought better of it. It was Trump who pressured Mike Pence to take illegal steps to block Biden electors, while threatening Pence with the violence of the “Hang Mike Pence” mob which assaulted police officers and created  mayhem in the seat of government. And it was Trump who beseeched  Republican legislatures to set aside the electors the voters had chosen and replace them with pro-Trump slates.

A political case does not make a partisan witch hunt. Where there is criminality and corruption in politics, it must be brought to account under the rule of law. We have always done this in our history. Why is this time any different?

It is for the committee who must bring out the facts in excruciating detail of Trump’s corruption. It must do so in a way that leaves no doubt that he was at the center of the seditious conspiracy that ensnared Tarrio and his Proud Boys and makes Trump’s indictment ineluctable.

The peaceful transfer of power is something we have always enjoyed in America, and may have always taken too much for granted. We have seen public officials voted in, and others turned out. Other countries have had political coups and military juntas. It can’t happen here. But, it might. As Madeleine Albright warned: [F]ascism can come in a way that it is one step at a time, and in many ways then goes unnoticed until it's too late.