Nancy Rubin Stuart is the author of Poor Richard's Women: Deborah Read Franklin and the Other Women Behind the Founding Father, recently published by Beacon Press. 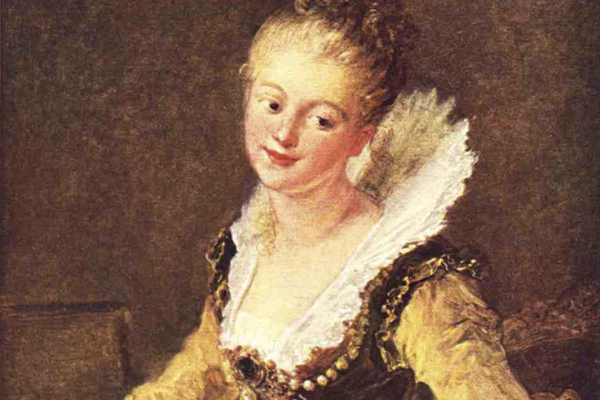 Portrait of Anne Louise Brillon de Jouy painted by Jean-Honoré Fragonard. The married musician and composer engaged in prolific flirtation with Franklin during his stay near Paris, but rebuffed his amorous advances.

Benjamin Franklin is widely known as a paragon of reason and restraint, epitomized by the proverbs in the Poor Richard’s Almanacks of 1733-1754 and its abbreviated version, The Way to Wealth of 1758. Among the most familiar are “No gains without pains,” “ One today is worth two tomorrows” and “Better slip with foot than tongue.” Ben admitted that many of those maxims were not original to him, but used his pen to adapt them from literary works and folk wisdom. A closer look at Ben life through his relationships to women reveals a different founding father than one found in history books.

Ben deeply admired women but found his attraction to them as powerful and dangerous as electricity itself.  In his Autobiography, he confessed that as a youth he visited “low women” to satisfy that “hard-to-be-governed passion of youth.” Those encounters, he penned, were “attended with some expense and great inconvenience, besides a continual risk to my health.” Among those “inconveniences” was the birth of his illegitimate son William, whom his shocked bride Deborah Read was obliged to raise.

His common-law marriage to Deborah was another consequence of Ben’s youthful imprudence. Although betrothed to her before his first trip to England, Ben soon wrote from London that he could not predict when he would return to Philadelphia. Heartbroken, Deborah soon accepted courtship from an English émigré John Rogers, who wed her in August 1725. Within a few months, Deborah discovered he was a bigamist and abruptly ended the marriage. Not only was divorce hard to obtain in colonial Philadelphia, but Rogers had also squandered her dowry, fallen into debt and fled to the West Indies. Rumor had it that he soon died, but since that could not be proven, Deborah was left neither single nor married, her once virbrant spirit broken.

A year later Ben returned to Philadelphia and guiltily observed his former fiancee’s depressed state. During the next four years, he co-founded a printing business and courted several women whose fathers rejected him as a potentially poor provider. Finally Ben proposed again to Deborah. All he disclosed about that decision in his Autobiography was  “I took her to wife on September 1, 1730” in a common law marriage, thereby correcting his  “errata.” Deborah quickly assumed responsibility for the stationery shop Ben had opened near his print shop, expanded it into a profitable general store, and became an astute saleswoman and bookkeeper. Apparently she was both trustworthy and talented, leading Ben to grant her his power of attorney, a privilege rarely given to colonial women. Simultaneously Deborah raised Ben’s illegitimate son, birthed the Franklin’s own male child and hosted members of his family during their long visits to the Franklin home.

Ben’s admiration for Deborah’s skills appears in several archives of his work. Among them was “I Sing my Plain Country Joan,” a song he once presented to member of his Masonic lodge, referring to Deborah, who often lifted a  “large share” of his “burden.” Decades later he also admitted to a French friend that in Deborah he was “once lucky enough to find in a wife” a frugal woman “who thereby became a fortune to me.”

Despite his subsequent wealth, appointment as postmaster general of the American colonies, scientific discoveries and international fame, by 1754 the 48 year-old Ben met and became so infatuated with 23-year old Catherine Ray that he begged for intimacy. Chastely she refused to learn “multiplication” from him. Nevertheless, Ben and Katy (as he called her) continued to exchange love letters, some of which they later destroyed.

Two years later when the Pennsylvania Assembly dispatched Ben to London to demand that the Penns, who owned the royal charter to the colony, pay taxes, Deborah refused to accompany him. Stunned, the founding father sailed across the Atlantic without her and then rented rooms in a townhouse owned by the widowed Margaret Stevenson. Initially he described her to Deborah merely as merely his landlandy, but Margaret soon took on duties of a wife; nursing him when he was ill, advising him on his wardrobe, introducing him to her friends, and socializing with them. Friends considered them a couple, no questions asked.

During those five years in London, Ben wrote warm letters to Deborah and sent her many presents. Yet, even after his 1763 return to Philadelphia, Ben longed to see Margaret again and even invited her to sail to America. In 1765, after the Pennsylvania Assembly sent him back to London, Ben again lived with Margaret, whom he regarded, as he wrote Deborah, as the “best woman in England.”  In failing health, Deborah longed to see Ben and begged for his return, but she died four months before his April 1775 arrival in Philadelphia.

By the time Ben sailed to France in 1778 to plead for funds from the court, he was consequently a widower. During his residence in a chateau in the village of Passy, he met the beautiful thirty-three year old musician Ann-Louise Brillon de Jouy, the married mother of two daughters. Despite her marital status, Madame Brillon  was immediately taken with Ben, flirted shamelessly with him, sat on his lap in public and pledged eternal love. Ben soon succumbed to the musician’s charms, often strolled the gardens of her estate, enjoyed dinners, attended salons and played chess with her. Beguiled by Madame Brillon’s incessant attentions, he pleaded intimacy. To his astonishment, she refused.

Stung to the quick, he then met Anne-Catherine de Ligniville, known as Madame Helvetius, an unconventional widow and the hostess of an elite salon in the village of Autueil frequented by the Enlightenment-era philosophers of pre-Revolutionary France. Again Ben became enamored: what followed was another romantic pursuit, playful and charming at first but one which soon became so fervent that the frightened Madame Brillon fled to Tours for the summer.

Descriptions from Ben’s letters reveal the fallacy of his iconic image as a man ruled by solely by reason and logic. Beneath the cool-headed image conveyed in his political and scientific accomplishments was a private conflict between passion and prudence. A close look at his personal relations with women suggests that founding father’s traditionally cool demeanor hid the secrets of a churning heart. 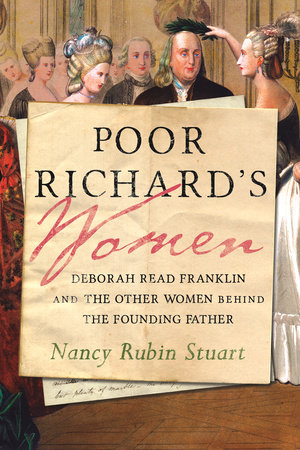