Will SCOTUS Force Us All to Find Out How Polite an Armed Society Will Be? 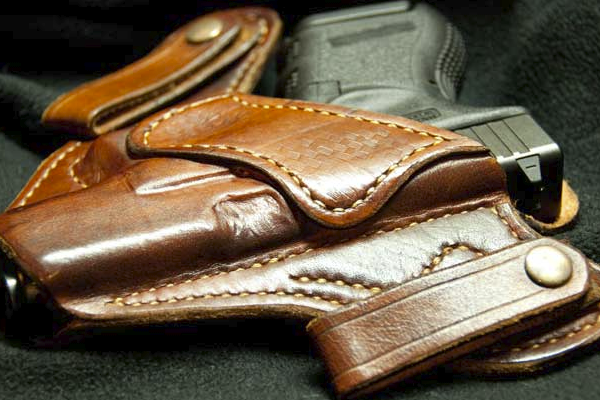 It appears that the Wild West will soon return to America. At least, that’s what the Supreme Court indicated at oral argument recently.

The right to bear arms is enshrined in the Second Amendment to the Constitution. In District Columbia v. Heller, a 5-4 2008 decision, the Supreme Court held there was a constitutional right to have a gun for self-defense in the home. Rock-ribbed conservative Justice Antonin Scalia, writing for the Court, left a marker:

“Nothing in our opinion should be taken to cast doubt on longstanding prohibitions on the possession of firearms by felons and the mentally ill, or laws forbidding the carrying of firearms in sensitive places such as schools and government buildings….”

Beware the opening wedge. The rule may soon swallow the exception.

The Supreme Court, newly minted with Trump-appointed conservative justices, is considering a case called New York State Rifle & Pistol Association v. Bruen,  involving the New York’s stringent “Sullivan Law,” on the books since 1911. The law, a model for similar laws in other states, was enacted on Jan. 23, 1911, after a “blueblood murder-suicide” in which Fitzhugh Coyle Goldsborough shot dead the novelist David Graham Phillips in a brazen early afternoon attack near Gramercy Park. After firing six shots, Goldsborough put the gun to his temple, killing himself. The city coroner reasoned that reasoned that “the time had come for legislation that would prevent the sale of pistols to irresponsible persons.” As they say in New York, “There oughta be a law.” Yes, and there oughta be a law against chaos, too.

Under the New York regime, a citizen must show “proper cause.” to get a license. “Proper cause” requires a showing of a special need to defend oneself rather than a speculative wish to protect person or property. What is proper cause is left to the discretion of the authorities.

Actually, if you are an originalist, and believe that the Constitution should be interpreted in accordance with the original understanding of the society in 1791 when the Second Amendment was enacted, you might want to know that we have had more than 700 years of legal history supporting the proposition that, as one conservative judge recently put it, “Government has the power to regulate arms in the public square.”

Not all conservatives agree with the challenge to New York’s law. Former federal appeals court judge J. Michael Luttig argued in an amicus brief to the Supreme Court that “the original understanding of the Second Amendment was that there is not an absolute, unfettered right to carry loaded guns in public.”

Judge Luttig also authored a guest essay in The New York Times explaining that “at stake… is whether the Supreme Court will claim for itself the power to decide where and when Americans can carry loaded firearms in public-a power that the Constitution reserves for the people and their elected representatives.”

Fordham Professor Saul Cornell, one of the leading authorities on early American constitutional thought, led 16 professors of history and law in a brief, arguing that “One of the longest continuous traditions in Anglo-American law are limits on the public carry of arms in populous areas.”

At the recent  oral argument, though, conservatives on the Court seemed to ignore the original understanding and history of public carry laws, and challenged the lawyers for New York state who defended the Sullivan law.

Justice Amy Coney Barrett wondered whether New York wanted the Court to overrule Heller. As the corrupt police commissioner said of gambling in Casablanca, “Shocking!” Of course, Barrett is apparently prepared to  overrule Roe v. Wade , the 7-2 1973 decision establishing a woman’s constitutional right to an abortion.

Justices Alito and Kavanaugh grilled New York Solicitor General Barbara Underwood on whether it was appropriate for New York to second-guess the assertions of a citizen that he or she is in danger. Justices Thomas and Chief Justice Roberts pressed Underwood on whether the restrictions should be different in rural and urban areas, with Roberts wondering what a ruling in favor of open carry might mean for “sensitive areas” like courthouses, schools, airports, stadiums or places where alcohol is served.

Roberts, as well as other justices, has said that the Court loses public support when it is perceived as partisan, and nothing could be more partisan than its approach to gun rights. When it comes to abortion, conservatives on the Court are willing to overrule settled law and invalidate Roe v. Wade, even to the extent of upholding a Texas statute that grants a bounty to someone who wants to sue providers (or other enablers) of an abortion beyond the first six weeks of pregnancy. When it comes to gun rights, however, they are ready to ignore precedent and history and assume a power that the Constitution explicitly reserves to the people and the states.

My father and mother, lifelong New Yorkers, visited Taos, New Mexico in the 1930s. They went to a diner for breakfast. A cowboy, resembling the gunslingers of the old West, sporting a Stetson hat, boots and jangling spurs, and two six-guns at his waist strode into the place. Before he sat down, he unbuckled his gun belts, and hung his brace of deadly weapons on the coat rack at the end of the booth. The open carry of weapons was legal then under New Mexico law, and it is legal now in New Mexico, as well as 43 other states.

Other states have been more skeptical when it comes to the legal carry of guns. California, Hawaii, Maryland, Massachusetts, New Jersey, and Rhode Island--and New York--require that persons obtain a license to carry concealed weapons in public, wherever they believe they need their guns for self-defense. As a practical matter, that means everywhere 24/7.

Can it be that the Supreme Court will guarantee the constitutional right of someone to go to a sporting event or get on an airplane, bus, subway or train packing heat? Maybe the proprietors of businesses can bar them, but can the government? That will be up to the Supreme Court. As Alice said in Wonderland. “It gets curiouser and curiouser.”

A decision is expected by next summer.