The Media's Failure on Agent Orange

Ron Steinman was bureau chief for NBC News in Saigon from 1966 through 1969, including leading the coverage of the Tet Offensive in 1968. As South East Asia bureau chief based in Hong Kong, and then London bureau chief, he continued to cover the war until 1972. Over the war years and after the war ended, he interviewed many soldiers and Marines to get their stories about Agent Orange, some of which are in his oral histories of the war, The Soldiers Story; Women in Vietnam; and his memoir, A Saigon Journal: Inside Television's First War. 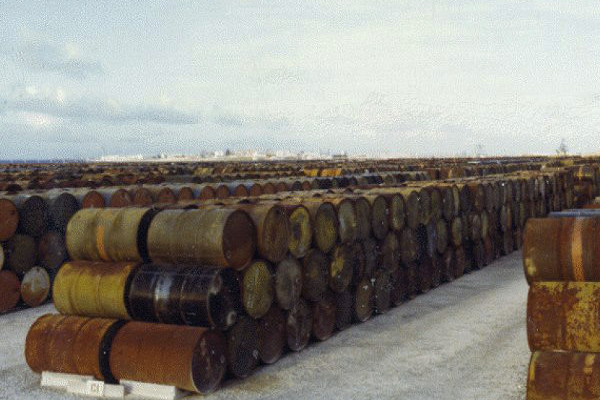 This story is so seriously underreported that for many it hardly exists. But it does exist in a multitude of ways that are impossible to count. It has a continuing and important effect on people's lives, including unborn children, in South East Asia, mainly Vietnam, and in the United States, particularly among veterans. Until we solve the ills Agent Orange caused—and still does—the press gives it the coverage it demands and deserves, many people will continue to suffer in unimagined ways. It is media neglect of the worst sort.

Despite all the problems and the terrible damage it left in its wake, stories about the deadly defoliant are hard to find in newspapers, television or the Internet. Rarely is there anything new to report, so there is nothing to read or view. To its credit, PBS did air a substantial documentary recently, and there is an occasional newspaper story, but they are not enough to make people conscious of what the defoliant destroyed in South Vietnam in its more than eleven years of unbridled use.

I became acquainted with Agent Orange on every base that I set foot on from Can Tho to Dalat, from Saigon to Danang, from Tay Ninh to Pleiku. Every American base had its share of steel storage drums, some rusting, that were often leaning against the walls of American soldiers' and Marines' sleeping quarters, near a commissary and dining hall where troops ate, even a medical shack in Danang. By the way, its name comes from the color-coded hands painted on those steel drums, thus orange hands became Agent Orange, an easy transition as part of the language of war.

The rampant use of Agent Orange, a sort of poetic name for a killer, is one shame among many, committed by the United States in Vietnam. Even after more than 46 years since the war ended in 1975, we do not know how many suffered and how many still suffer from the effects of this powerful defoliant and herbicide.

Concerned about the movement of troops and supplies from North Vietnam into South Vietnam down the Ho Chi Minh Trail (really a spider web of narrow footpaths, wider trails, small streams, truck routes, mountains and jungle) confounded the American command’s efforts to close the seemingly unstoppable trafficking by Hanoi. Very early in the war, in 1962 when American advisors ran the show, staff in the Pentagon and White House came up with what they considered a failsafe plan to stop the ongoing influx of Hanoi's men, women and supplies into South Vietnam. It was simple: dump a variety of herbicides and defoliants with a bit of powerful dioxin included, to destroy all vegetation and crops, including trees, as well as to pollute streams and rivers. That way they would open the jungle to enable American and South Vietnamese aircraft and artillery to better detect and destroy their enemy. It never worked to stop traffic on the Ho Chi Minh Trail, but it was not until 1971-1972, with the damage already done, that the program ended.

Here are some more numbers, officially accurate but still only estimates, that we must comprehend about Agent Orange. In what it called Operation Ranch Hand, America dropped more than 13 million gallons, or 50 million liters, over South Vietnam, some of which clearly drifted onto Laos and Cambodia. Experts believe the defoliant touched as many as 4 million people, many of whom still suffer from its use. The damage to the environment is impossible to calculate, but forests have not come back and farming is impossible where the herbicide fell.

For our soldiers there was something of a monetary settlement based on what the Veterans Administration calls a "presumptive condition," illnesses the VA or its scientists cannot prove are caused by Agent Orange, but which  veterans of the war believe affect them because of exposure. These include leukemia, Hodgkin's lymphoma, prostate cancer, various respiratory cancers, Parkinson’s disease, multiple myeloma, and diabetes type 2, among others. I have known many Vietnam vets who suffer from these various life-threatening ailments but who get almost no help fighting the diseases that make life difficult for them.

There was a fund established to help vets who had one or more of these ills. Veterans and their families filed more than 100,000 claims and they saw 197 million dollars distributed to about 52,000 vets but by 1997 the fund had run out of money. The average payout of about $3800 for each person was a paltry sum, hardly enough to help anyone. The VA says it assisted more than 239,000 vets but how and what it actually did is impossible to know and calculate. I knew some of those veterans who were ill and I understand how frustrated they are, living with a death sentence because of a Pentagon decision they had no voice in making. These men feel neglected and ignored.

Agent Orange kills Americans and Vietnamese alike. Its effects seem to last forever. Other than the environment, a toxic horror of its own, the herbicide containing only a minimum of dioxin still causes serious birth defects in some children born in Vietnam. In hospitals in Vietnam there are jars for research on display holding malformed, dead babies as a reminder of the damage done by Operation Ranch Hand. The Vietnamese Red Cross believes more than 100,000 children are victims of the defoliant, many of whom also continue having lung diseases that cause serious breathing problems.

For all my criticism of the coverage that Agent Orange does not get from the world’s press, being a journalist I understand why, though I do not accept the reasoning. As I said earlier usually there is nothing new to report on the effect of this deadly herbicide. If there is nothing new to report, there is no story. But keeping the public in the dark what Agent Orange is, has done, and continues to do will never allow people the benefit of understanding it and what we can do to make sure we never see its like again.