The 1906 Decision in Hodges v. United States Shows the Error of Leaving Fundamental Rights to the States 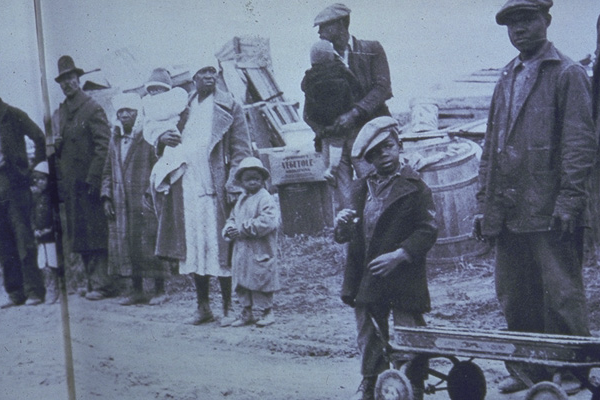 In 1906, in Hodges v. United States, a little-noticed, but highly impactful decision, the Supreme Court rebuffed an effort by the federal government to use the Thirteenth Amendment as a vehicle to protect its citizens’—especially its Black citizens—basic right to freedom in the labor market, beyond simply prohibiting the most basic dictionary definition of enslavement.  Instead, the Court said that those expecting labor contracts to be protected would be best served by “taking their chances with other citizens in the states where they should make their homes.” This stunning declaration, the last in the series of judicial pronouncements that included U.S. v. Cruikshank and Plessy v. Ferguson, represented a judicial stamp of approval for the post-Civil War version of states’ rights, one that already included the disenfranchisement of Black citizens.  The phrase was bitterly apt, for without political power Black citizens were left to “take their chances” in a losing game. And beyond that, in providing court sanctioned support for the concept which had been at the center of the debate over the distribution of governmental power that ultimately erupted into the Civil War, the Court’s Hodges decision provided ammunition to the opponents of the civil rights movement for the next half century.

Today, over a century later, the Court’s dismissive directive to the litigants to rely on the citizens of their own states for protection has a disturbing ring as the current battle over voting rights rages.  Indeed, as Democrats seek federal protection for that most precious of democratic rights, the vote, Republicans hide behind the cloak of federalism and states’ rights, maintaining as the Court did back in 1906, that modern voters are and should be best served by “…the states where they should make their homes.” Both situations, despite their different fact bases and being separated by over a century, highlight the problems with leaving the protection of fundamental rights to local jurisdictions.

The Hodges case began as an effort by a well-intentioned and ambitious US attorney determined to bring the practice of nightriding--a form of white vigilantism that was based in both economic and racial concerns--under control in Arkansas. Armed with a plan, he went to the US Department of Justice, seeking support and resources from the Attorney General.  Impressed by his presentation, Attorney General Philander C. Knox promised the requested support, thus beginning a legal saga whose result, the shackling of the Thirteenth Amendment and its elimination as a vehicle for protecting and expanding the rights of the nation's Black population, could never have been anticipated.

By the time the case arrived at the Supreme Court, the nightriding prosecution had morphed into a test of federal authority with the question at the center of the controversy focusing on the scope of the Thirteenth Amendment.  Specifically, the Court considered whether the Thirteenth Amendment’s abolition of involuntary servitude gave African Americans a right to contract for their labor that was guaranteed by the Constitution or federal laws, or if the states enjoyed exclusive power to regulate labor contracts.

In the end, the Court decided that the Thirteenth Amendment did not encompass labor contracts, determining that the protection of contract rights was the responsibility of the states and not the federal government.  The Court declared that the Thirteenth Amendment, in conjunction with the post–Civil War Fourteenth and Fifteenth Amendments, sought to give African Americans full citizenship, so their interests would be best served by “taking their chances with other citizens in the states where they should make their homes.”

In making that judgement Justice David Brewer’s opinion ended any efforts to use the Thirteenth Amendment as a vehicle for federally protecting, much less expanding Black freedom through fair labor and economic security. It was yet another realization of the worst fears of civil rights advocates of the era.  Indeed, decades before, in 1866, Black leader Frederick Douglass had published an essay,  “Reconstruction,” in which he warned a nation still recovering from the Civil War, that while the radical Republicans in Congress were engaged in an admirable effort to rid the nation of the vestiges of slavery, those efforts might prove meaningless if not irrelevant so long as “there remains such an idea as the right of each state to control its own affairs.” The late civil rights icon’s fear was borne out when the Hodges decision refused to “render the rights of the state compatible with the sacred rights of human nation.”

Happily, over the course of time, the Court under Earl Warren willing rebuked Brewer and became protectors of human rights, assuming a role that they did not see as beyond the Framers’ intentions. But the aura of Hodges remains.

The 1964 Civil Rights Act codified, among other provisions, federal protection for equal employment opportunity, a rebuke to Brewer’s logic. Yet the issue remains significant because the Republican revival of federalism pushes decisions that impact equality in the workplace and the voting booth to the states.

Indeed, 25 states have announced that they will curtail the supplemental unemployment benefits provided by the American Rescue Plan, signaling a refusal to accept a federal floor for the labor market when not just wages but workers’ safety is at stake. The logic is reflected in the other ongoing Congressional battle over voting rights.

For the most part states have historically been accorded great leeway in the determination and implementation of their voting procedures, a reality made clear by the Court’s recent decision in Brnovich v. Democratic National Committee, the Arizona case in which the Court upheld the state’s restrictive voting statute while further chipping away at what remains of the 1965 Voting Rights Act.

When Senate Minority Leader Mitch McConnell announced that the Republicans were unwilling to take up the proposed “For the People Act,” the Democratic Party’s effort to combat the Republican’s state-by-state voter suppression effort, he argued it was simply because it was “not a federal issue.” Rather, he declared “It oughta be left to the states. There’s nothing broken around the country.” Of course, McConnell spoke as Republican state legislatures were using that leeway to adjust and manipulate their voting procedures to limit the vote, recalling state actions of the pre-Voting Rights Act era. The last year has shown that struggles for economic security and a political voice are connected and supporters of broad-based democracy must understand that like 1906, it is not enough to consign Black citizens to “taking their chances with other citizens in the states where they should make their homes.”