Reflecting on the 80th Anniversary of the Nazi Invasion of Russia

Rick Halperin is director of the Human Rights Program at SMU Dallas. 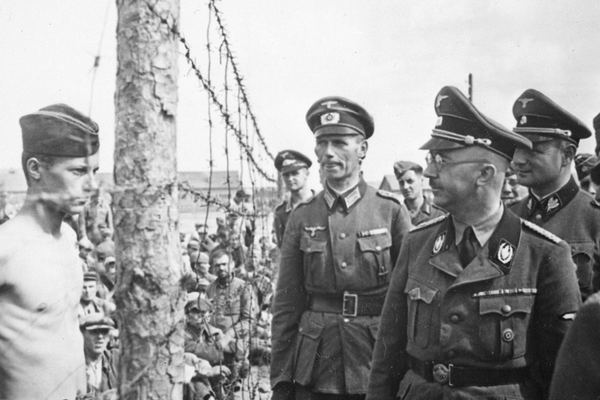 Eighty years ago last month Adolf Hitler unleashed almost 3 million soldiers along a 1,500-mile front, with the intent to utterly and militarily destroy the Soviet Union.  It was the largest assembled army the world had ever seen. The havoc, destruction, and wholesale slaughter of human beings that ensued in the months and years to come would change the paradigm of World War II and alter world history.

Among the death tolls were 2 million Jews and millions of Russian civilians who were murdered. Thousands of towns and villages were destroyed and wiped off the map, art and livestock were plundered and the human psyche scarred forever.

The Wehrmacht and Soviet forces both invaded and crushed Poland in Sept. 1939, resulting in the disappearance of that country from the maps of Europe. The Polish capital of Warsaw and the Vistula River marked the border between the two occupying forces.

There were multiple goals linked to the Nazi invasion of Russia: destroy Bolshevism; eliminate the Soviet Union; create “living space” for a new and expanded Germany; annihilate both the Jews and Slavs found inside the USSR. Code-named “Operation Barbarossa” it was designed to drive all the way to the Ural Mountains, the Russian border with Asia, and to secure Germany’s future for the envisioned Thousand-year Reich.

Army Group A (North) raced northeast from Warsaw into and through Lithuania and Latvia on the way to Leningrad, a city of 3 million people that Nazi forces would encircle and lay siege to for over three years, causing nearly half the city’s population to starve to death.  Behind the invading forces came the murderous Einsatzgruppen, special action killing squads. They unleashed the Holocaust inside the Soviet Union.

Within six months, by the end of the year, 1,000 SS killers had murdered almost 250,000 Jews in those countries, including mass killing sites in both the Ponary Forest in Lithuania and in the Rumbula Forest outside Riga, Latvia. The Nazis declared Latvia to be the first “Jew-free” country under their control, killing over 98 % of that country’s Jewish population.

Army Group B (Center) and their 655-member contingent of SS killers raced due eastward to Minsk in Belarussia and beyond, towards Smolensk and Moscow, and murdered almost 70,000 Jews before the end of the year. Army Group C (South) raced into northern and central Ukraine.  The 700 members of the assigned Einsatzgruppen would murder almost 100,000 Jews in six months, including 33,771 Jews at Babi Yar, outside the city of Kiev on Sept. 29-30, 1941; it would be the largest two-day killing spree of the war, and would be a site where eventually over 100,000 perished.

Finally, Army Group D and its assigned 600-man killing squad raced into southern Ukraine, the Crimea and the Caucasus regions, and they, along with regular Nazi soldiers, police squads, and collaborators, would kill another 90,000 people in the first six months of the invasion.

The Nazis filed regular reports back to Berlin on their operations inside the Soviet Union and anyone today can follow the killing actions by reading Ronald Headland’s “Messages of Murder: A Study of the Reports of the Einsatzgruppen of the Security Police and the Security Service, 1941-1943” or Yitzhak Arad’s “The Einsatzgruppen Reports: Selections from the Dispatches of the Nazi Death Squads.”

By the time Soviet forces re-grouped in strength and forced the Nazis to withdraw almost three  years later, those 2 million Jews and millions of Russian civilians had been murdered. The towns and villages they inhabited were either gone or plundered.  It is easy today to forget and dismiss the Nazi horrors that were unleashed upon both the Soviet Union and the world beginning on June 22 and continuing until the end of the war. But it is a mistake to do so.

The hateful ideology that prompted the invasion eight decades ago in 1941 is alive today in our world and in our country. We must remember the tragedy that claimed all these innocent people just a few generations ago, and commit ourselves to the protection, defense and advocacy of human rights, so that our world and future generations can accept the elementary truth that there is no such thing as a lesser person.