Protesters Marching in Elizabeth City, N.C., over Andrew Brown’s Killing are Walking in the Footsteps of Centuries of Fighters for Black Rights 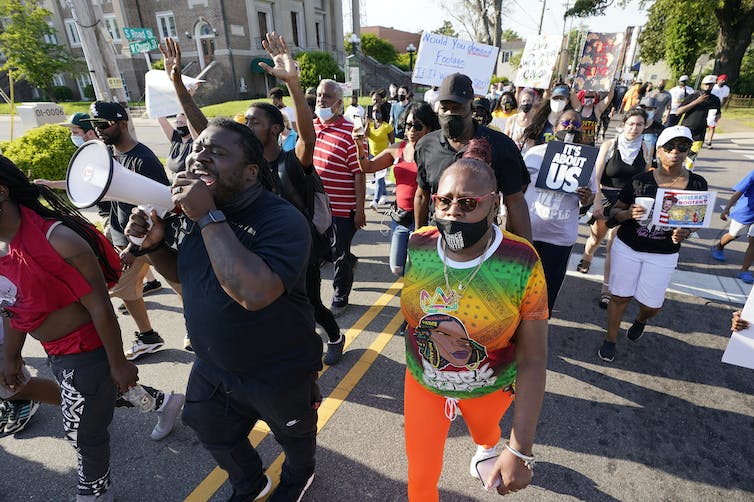 Protests have been taking place in a small North Carolina city for the past two months, sparked by the early morning report on April 21, 2021, that Andrew Brown Jr., a local African American man, had been shot and killed by county sheriff’s deputies serving search and arrest warrants.

Eleven months after the murder of George Floyd and just one day after former police officer Derek Chauvin’s conviction, Brown’s killing immediately became part of a larger national story about African Americans being killed by law enforcement agents and subsequent demands for accountability and reform.

For weeks, protesters have held daily marches along Road, Ehringhaus, Main and Water Streets in Elizabeth City. They have also marched through the Shepard Street-South Road Historic District, a historically African American neighborhood that Andrew Brown called home and where his life was taken.

Protesters have also staged rallies at nearby Waterfront Park and in front of the county sheriff’s office. Some have engaged in acts of civil disobedience, challenging a city-imposed curfew and blocking traffic at key intersections.

The intersections – Morgan’s Corner, located outside of town, and Elizabeth and Water streets, which front the Camden Causeway Bridge – are key transportation arteries in this part of North Carolina. Respectively, they connect Elizabeth City to U.S. Highway 17 and to the Outer Banks, an iconic North Carolina vacation spot. 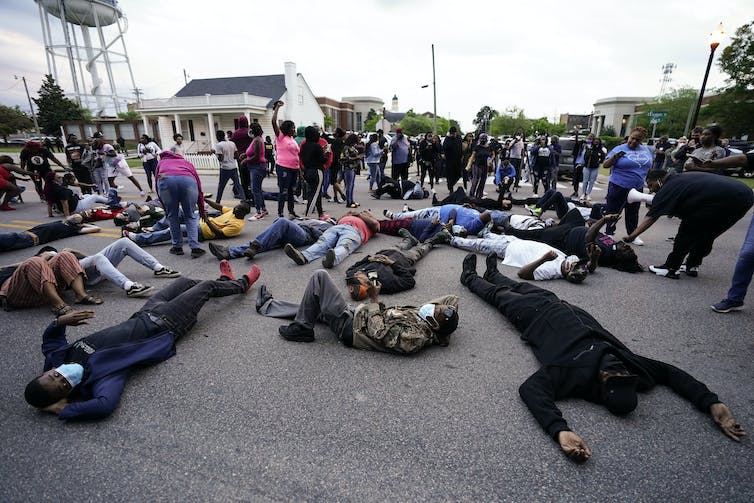 The shooting and ensuing protests have brought international attention to Elizabeth City and, for many Americans, this fraught moment is their first exposure to the North Carolina city.

However, as a resident of Elizabeth City and a history professor at Elizabeth City State University, I know that today’s protesters are not the first to march here. Instead, they follow in the footsteps of previous generations of freedom seekers.

From Road Street to Water Street, from Ehringhaus Street to Elizabeth Street, this picturesque city has long been a site where quintessential African American struggles for freedom have taken place.

Elizabeth City is located on the edge of the Great Dismal Swamp. During the era of slavery, this dense wetland served as home to unknown numbers of escaped slaves, known as maroons.

The Great Dismal also offered respite to slaves who were “lying out” – temporarily escaping the brutality of plantation life. In addition, the swamp was a way station along the Underground Railroad, hiding many fugitive slaves along their journeys to free states.

In “The Narrative of the Life of Moses Grandy,” the life story of a former slave, Grandy described the privations of many who sought refuge in the Great Dismal Swamp. One such person was his sister, Tamar.

Tamar escaped from a slave trader by hiding in the swamp. For several years she lived in a “den she made for herself” in the woods. Occasionally she hid “in a hollow under the floor” of her mother’s home at the edge of the swamp, Moses Grandy wrote.

Tamar remained hidden in the Great Dismal long enough to bear three children. Eventually she was caught, returned to bondage and transported to Georgia. After securing his own freedom, Moses Grandy spent years trying to free Tamar and other family members from slavery.

Today, the Great Dismal Swamp and the Pasquotank River, whose tributaries connect the swamp to Elizabeth City, are listed as part of the National Park Service’s Underground Railroad Network to Freedom, a group of sites throughout the country with a verifiable connection to the Underground Railroad.

During the Civil War, the roads and waterways surrounding Elizabeth City were used for the large-scale liberation of slaves.

In December 1863, the Black soldiers marched from southern Virginia to Elizabeth City. Many of them were from the area and knew it well. They confidently navigated the Great Dismal Swamp and maneuvered down roads that today form part of U.S. 17. As they moved through the territory, they raided plantations and freed slaves, including their own family members.

Once in Elizabeth City, these U.S. Colored Troops encamped on the waterfront near Elizabeth and Water streets. The Black soldiers patrolled and held drills along these and other downtown streets. Freedom-seeking slaves flocked to their camp.

Describing the scene, a New York Times correspondent wrote, “The lately deserted streets of the city were thronged with liberated slaves that came pouring in from the country in every direction.”

In the aftermath of Andrew Brown’s killing, the streets near this former U.S. Colored Troops’ encampment have become a staging ground for police who have arrested protesters for violating curfew and for blocking the bridge.

After the Civil War, Elizabeth City’s Black veterans paraded annually on Emancipation Day, Jan. 1, and on Memorial Day. Long before any monument to the Confederacy was erected here, Elizabeth City’s African American community commemorated its freedom by marching from the Shepard Street-Road Street neighborhood to the courthouse and other downtown destinations.

Just like today’s marchers, they laid claim to the streets of Elizabeth City by filling these spaces with their bodies and their voices.

During the civil rights era, a new generation of Black freedom seekers followed in these veterans’ footsteps.

Local residents, along with students at what was then Elizabeth City State College, picketed and staged sit-ins on Main Street to desegregate Elizabeth City’s downtown businesses.

College student Willie Thurman battled through fear and complacency to participate in the 1963 protests. Describing what he was feelings while marching to town, Thurman wrote, “There is no choice. Who wishes to remain lost, except a fool? I don’t. Consequently, I am following the mass, one hundred twenty demonstrators.”

Thurman was one of the hundreds of Elizabeth City State students jeered at, threatened, assaulted or arrested while protesting against segregation. 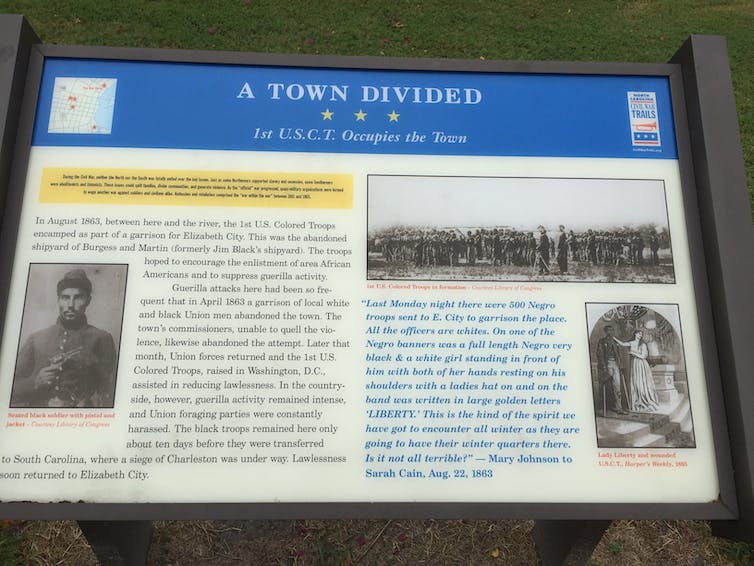 Since April 21, with the exception of a brief pause on a quiet Monday in early May, protesters have moved along these same streets every day. They have done so while crying for accountability and reform in the name of Andrew Brown and chanting in unison that “Black lives matter” in their city. City councilors voted in May to paint the phrase on Colonial Avenue, in front of the county sheriff’s office.

The pause from daily protests took place on May 3. On this day Andrew Brown Jr. was memorialized. A public viewing of his casket was held at the Museum of the Albemarle. The museum faces Waterfront Park, a regular starting point for marches.

After the viewing, the very roads that have borne the feet of three centuries of Black freedom seekers in Elizabeth City bore Brown on a final journey. In solemn procession, a horse-drawn carriage carried Brown’s coffin down Water and Ehringhaus streets.

The journey ended at a church on U.S. 17 where his funeral was held. The Rev. Al Sharpton delivered the eulogy. Later, Sharpton reflected on the ongoing protests.

“Elizabeth City is not a, quote, ‘activist’ town. [And yet],” he said, “they’ve been marching every day.”