William G. Hyland, Jr. is the author of four widely praised historical biographies, including George Mason (Regnery History, 2019) and In Defense of Thomas Jefferson (St. Martin’s/Thomas Dunne Books, 2009). Mr. Hyland is a seasoned litigation attorney with the national law firm of Vernis & Bowling, and a former Adjunct Professor of Law and Political Science at Stetson University and Stetson University College of Law. 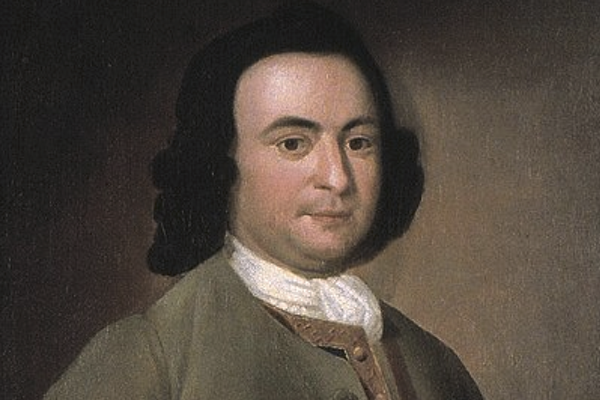 Heaven forbid we should see another impeachment! [i]

In the spring of 1787, eleven years after the bloody American revolution, 61-year-old George Mason faced one of the most momentous decisions of his life. A man of deep political thought and convictions, Mason had already written Virginia’s Declaration of Rights in 1776, which had formed the blueprint for Jefferson’s eloquent version of the Declaration of Independence. Mason had to decide whether to attend the Constitutional (‘Federal’) Convention in Philadelphia with his friend and neighbor, George Washington. Mason hesitated, foreseeing a political bloodbath in drafting a new constitution for his fledgling nation. And he was right.

America was woven together by three revered political documents: The Declaration of Independence, the Constitution, and the Bill of Rights. George Mason’s intellectual potency had a decisive role in shaping and producing all three of these documents. Perhaps, Mason’s greatest historical addendum was his addition of the clause for “impeachment” of the President. Of paramount importance to Mason was how to remove a “bad” president. He personally added the immortal words “high crimes and misdemeanors” to the Constitution. He and Benjamin Franklin successfully argued for removal of the president by legislative impeachment, an English practice for discharging the king’s ministers. Without impeachment, Mason urged, the only way to remove an unjust leader was assassination. Impeachment permits “regular punishment” or “honorable acquittal.” Impeachment should be available to curb abuses of executive power, Mason wrote, but it should not be so easy as to provide Congress with a device by which it could dominate the president.

George Mason specifically wrote detailed, precise language in the impeachment clause that is relevant to the debate today on whether President Trump may be tried by the Senate after he leaves office. It has never happened before in American history. If alive today, here is the seminal point I believe George Mason would argue: the impeachment clause is strictly meant for a current and sitting President. Not an “ex-President” or former “civil officer.” The final section of Article II specifies that the “President, Vice President and all civil Officers of the United States” shall be removed from office if convicted in an impeachment trial for “Treason, Bribery, or other high Crimes and Misdemeanors.” This section does not say “former President” or ex-Presidents. By definition, a former President would not be a civil officer under the impeachment clause. Donald Trump becomes a private citizen after leaving office and the Constitution only applies to civil officers. The Constitution gives Congress the power to impeach and remove federal officials, not former federal officials. Mason’s impeachment language states in clear and unambiguous language the word “President.” No other reasonable interpretation can be conjured up other than Mason meant that only a “current” President could be impeached—not a former President.

Now that the House of Representatives has impeached President Trump, the Senate trial will begin on February 8, after Trump has left office. Impeachment of a former President is not contemplated in any way, shape or form in the Constitution itself. George Mason and the Constitution itself answer this question clearly. Impeachment is confined to the “President.” Trump would no longer be incumbent in office at the time of a Senate trial and thus would not be subject to “impeachment conviction.” Thus, I believe George Mason would argue that a former office holder may not be impeached, removed or disqualified. This interpretation would also honor the primary purpose of the impeachment provision, which is to protect the country from extraordinary abuses by executive branch officials and by judges who have lifetime tenure. Mason would contend that the Constitution does not subject private citizens to post-presidential impeachment. The founders rejected the British model that allowed Parliament to impeach anyone, except for the King, and so they limited impeachment to certain public officials, including presidents. Subjecting a president to impeachment after he has returned to his private life would violate this basic constitutional principle. Indeed, the Constitution itself applies only to governmental, not private action, and Mason’s impeachment language confirms this intuitive concept.

The Senate’s only prerogative under the Constitution is to convict or acquit a ‘President,’ not a former President. The penalty of impeachment conviction is spelled out clearly: removal from office. Some argue that impeachment might still be important if an officer resigns from the office so as to disqualify a former officeholder in the future (for example, Trump could not run again for president), but that argument is tangential to the critical separation of powers role that Mason’s impeachment clause envisioned: affording Congress a check on the sitting president.

George Mason was the premier constitutionalist of his time. If he were called on today, Mason would echo the sentiment that an impeachment trial of a ‘former’ President is unconstitutionally forbidden by the very document he helped write.