Joe Biden Is Setting A Record That No One Has Noticed

David O. Stewart is an author of histories whose forthcoming book, George Washington:  The Political Rise of America’s Founding Father, will be released in February 2021. 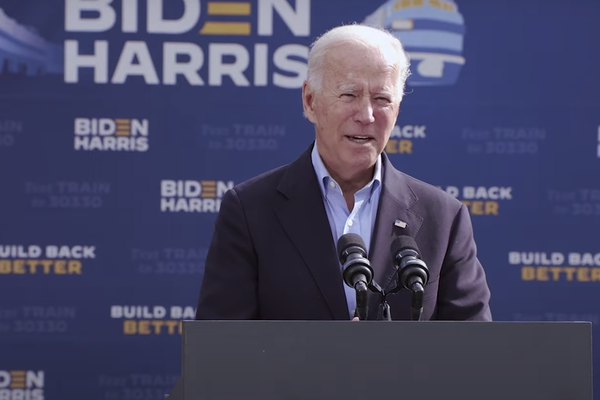 Most articles about this year’s Democratic presidential candidate, Joseph Biden Jr., mention his age, 77, which makes him the oldest major party standard-bearer in U.S. history.  Yet few mention that Biden’s third appearance on a major party’s national ticket – he won the vice presidency in 2008 and 2012 – vaults him into third place among Americans achieving multiple national nominations, in a tie with six predecessors.

Biden shares this distinction with giants in our past (Thomas Jefferson, Andrew Jackson) and with some who left smaller footprints in history (George Clinton, Rufus King, Charles Cotesworth Pinckney, and William Jennings Bryan).  The qualities required for that achievement include good health, a tenacious appetite for electoral politicking, and a knack for sustaining popularity among the party faithful for an extended period of time.

Winning multiple nominations on major party tickets has not been a reliable predictor of presidential excellence.  Franklin D. Roosevelt leads the overall list with five such nominations, having won the presidency in four consecutive elections between 1932 and 1944, thereby redeeming his unsuccessful run for vice president in 1920.  Roosevelt’s reputation has remained sky-high.  He finished third in C-SPAN’s 2017 survey asking historians to rank U.S. presidents.

Yet Roosevelt is tied at the top of the list with Richard M. Nixon, who won the vice presidency in 1952 and 1956, lost the presidency in 1960, then came back to take the top spot in 1968 and 1972.  Nixon, however, left the White House in disgrace and finished 28th in the same C-SPAN survey of presidential performance.

Second place on the frequency list is shared by two one-term presidents with four runs on a major party ticket, but only middling rankings for performance in office.  John Adams won the vice presidency in the nation’s first two elections (1789 and 1792), the presidency in the third (1796), and lost a presidential run in the fourth (1800).  George H.W. Bush followed the identical pattern, serving two terms as vice president to Ronald Reagan in the 1980s, winning his own term as president in 1988, then losing his race for re-election.  Perhaps fittingly, Adams and G.H.W. Bush finished neck-and-neck in the C-SPAN survey, ranked 19th and 20th, respectively.

Two political figures require judgment calls in the frequency-of-nomination rankings.  Theodore Roosevelt was the Republican candidate for vice president in 1900 and for president in 1904.  But what about his campaign in 1912 as the Progressive Party candidate for president?  The Progressives swiftly faded to obscurity, but Roosevelt finished second in 1912, well ahead of Republican incumbent William Howard Taft.  On balance, that seems to qualify him as a “major party” candidacy.

Then there is the sad record for futility shared by Rufus King, Charles Cotesworth Pinckney, and William Jennings Bryan.  Though all three ran on the national tickets of major parties on three occasions, none ever won.

If former Vice President Biden comes out on top in this November’s poll, he will achieve one more distinction, joining Franklin Roosevelt, Nixon, Adams, Jefferson, and George H.W. Bush as the only Americans to win at least three elections as a major party candidate.  That’s pretty fair company, at least as American presidents go.