Marshall McLuhan: The Man Who Predicted the Internet and Warned Us of its Dangers

Ludovic Rembert has had a career as a network security engineer working in both industry and academia, and currently writes on technology issues. 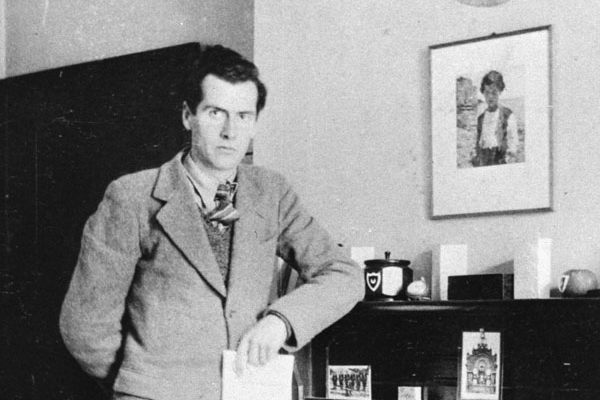 The 20th-century futurists were susceptible to making some incredible predictions.

2020 is already shaping up to be a hugely pivotal year, but now that we’re here we can look back and easily see just how inaccurate several predictions turned out to be.

For instance, some theorists believed that we would be able to extend our lifespan to a hundred and fifty years, work drastically shorter hours each week, and operate private planes from our homes. Several of their other theories bordered on the bizarre.

Marshall McLuhan did not exactly foresee it either, but he came closer than anyone to understanding our current technology-driven world. In 1962, the author, professor and media theorist made the prediction that we would have the internet.

In 1962, McLuhan published a novel called The Gutenberg Galaxy. In this novel, he suggested that human history could be divided into four different chapters: the acoustic age, the literary age, the print age, and the new electronic age. McLuhan assumed that this new frontier would be the home of what he called the "global village" - a space where technology would distribute knowledge to everyone and everything.

"The next medium, whatever it is – it may be the extension of consciousness – will include television as its content, not as its environment," McLuhan wrote in 1962. "A computer as a research and communication instrument could enhance retrieval, obsolesce mass library organization, retrieve the individual's encyclopedic function and flip it into a private line to speedily tailored data of a saleable kind."

While the development of the internet can technically be traced back to 1958, it still seems impossible that anyone could foresee the popularity of connected devices and public WiFi networks that can be found everywhere in this day and age.

In fact, computers are helping us today with literally everything. By implementing machine learning, we get assistance from market forecasting and electronic trading to anticipating when a walkway is likely to crash.

But just as he has been lauded for his forecasts of the revolutionary advent of the internet, he must be acknowledged in his distressing warnings as to what it might be used for.

Professor McLuhan is memorialized for his phrase "the medium is the message," implying his conviction that it was the way people received information that mattered just as much or even more than the actual information itself. That, in turn, revealed the silent power of the media as well as the dangerous ways it can shape our understanding.

"Once we have surrendered our senses and nervous systems to the private manipulation of those who would try to benefit by taking a lease on our eyes and ears and nerves, we don't really have any rights left," he declared.

You see, McLuhan was not concerned primarily with the upsides of the internet. He warned that surrendering to private manipulation would narrow down the availability of the information we receive based on what marketers and advertisers choose for consumers and voters to see. And nowhere is that more evident than in our addictions to social media platforms and our need to be connected 24/7.

Though many may disagree about the Internet Revolution, it comes across as a prophetic warning about the ways in which the most compelling aspects of the Internet – its potential to bring individuals together within communities and change our perception of the world – could be harnessed by private companies to change our world just as deeply.

These days, most of Professor McLuhan's "global village" is kept in private and confined spaces: the village plaza is Facebook, a space that is operated for commercial purposes, restricting our discussions and absorbing our private data within our conversations and searches to sell it to advertisers.

Even Google, which commemorated McLuhan’s birthday in a 2017 doodle, owns a huge stake in both the medium and the message in today's world. Its search algorithm makes it easier to find information but ultimately decides what information you may see and in which order – and it has ended up looking as far as our habits, with divisions that now look at ways to change the future of medical care and augmented reality.

In his 1962 book, Understanding Media, McLuhan elaborated on the idea: "Since the inception of the telegraph and radio, the globe has contracted, spatially, into a single large village. Tribalism is our only resource since the electro-magnetic discovery. Moving from print to electronic media we have given up an eye for an ear."

Without us noticing, we’ve managed to hand over our right to privacy to the tech companies, and there might be no way back. Targeted ads are flashed at us everywhere we go and with our non-stop connectivity the prevalence of smart device hacks and other cyber attacks are happening with alarming regularity. What is more, the world is becoming increasingly mobile.

Of course, this isn’t to say that there are no measures we can use to help protect our privacy. You can encrypt your internet connection with virtual private networks, use cloud-based services with better data protection services, and utilize open source browsers that usually have a privacy-focused approach. But at the end of the day, we can’t help but wonder if these measures will actually do anything to truly keep our personal information and data safe, and if our right to privacy online has really been lost.

The continuing popularity of McLuhan’s theories poses an interesting question, why aren't we still reading more of him today? Although highly educated and endorsed by academic sinecure, Professor McLuhan did very little to ensure his ongoing influence as a scholar and writer.

He ignored his peers and wrote only a few books - and these grew progressively harder to read. In addition, he did not train a lot of graduate students who might have ultimately sustained his legacy. McLuhan treated his teaching duties casually, and his publishing obligations with complete disregard.

In bafflingly self-destructive form, he tended to sign his name next to material he didn't write. And this practice continues even after his death. “The Global Village: Transformations in World Life and Media in the 21st Century”, co-written by Bruce Powers, was published in 1989 by Oxford University Press, nine years after his death.

There are very few indications as to how this feat of postmortem authorship was achieved, but it seems that it was inspired by audio recordings of the writers talking to one another and exchanging unfinished effort to create a manuscript. In his lifetime, McLuhan published an unfruitful newsletter, wrote frustrating letters to corporate leaders, made absurd statements on broadcast TV, and ended up taking little care to protect his dignity or strengthen his public image.

But we still know his slogans and his name. McLuhan 's message has hinted at the art form of today's electronic age, and no proportion of scholarly criticism or convenient derision will remove it from circulation. His slogans circulate because they are punchy, but also we have never fully comprehended the genius behind them.

If they had been tightly packaged in the structured sociology of today's media, they would be consumed, overridden, and neglected. McLuhan’s slogans contained the fluent rhythm of poetry, or the phrases from popular songs – capable of conveying compelling yet ambiguous messages to new environments.

To the few who wander from his slogans to his books, McLuhan seems out of date, particularly when it comes to his hopes and dreams with regards to human engagement and the media. McLuhan's puns and tongue in cheek comments dare us to understand where the media have led us, and we may never be able to rise to the challenge.

It is reassuring to think that McLuhan is outdated because it lessens our shame that we do not live up to his demands. In the end, McLuhan's success stems from this failure. He spread himself across too many media and he chopped up his promising scholarly career into hundreds of thousands of jokes, quips, bad puns, inane television commentaries, and letters to the editor, but his ideas live on today.

Respectable people turned their backs to his fantasies, and his credibility slowly died. But McLuhan lives on today, even writing books after his death, as the immortal saint of electronic culture.