While Monuments are Being Removed, a Historian Asks Questions

Andrew Joseph Pegoda (@AJP_PhD) has a Ph.D. in history and teaches women’s, gender, and sexuality studies; religious studies; and English at the University of Houston. Previous articles can be found in The Conversation, History News Network, The Houston Chronicle, Time, and The Washington Post, among other publications. 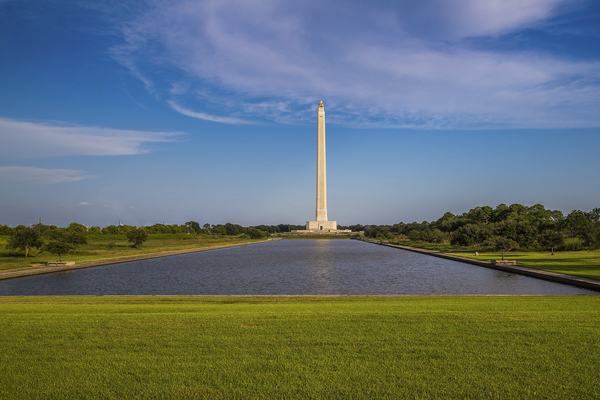 Following the lynchings of Black men and women and as part of the resulting “Black Lives Matter” and “I Can’t Breathe” protests, statues of those who associated themselves with the Confederate cause are increasingly coming down across the United States.

I support these moves. People have a right to walk around their neighborhood park without being terrorized by iconography devoted to people who denied their ancestors human rights. Knowing that these statues were generally built during the era of segregation is important. They were built specifically to honor and to perpetuate white supremacy. It was a way to memorialize racist “lost cause” rhetoric, not to recognize the past.

Confederate monuments in the United States are also often almost hiding in plain sight. Take Texas as an example.

In addition to the statues of Stephen F. Austin present across the state of Texas, consider other items sacred in Texas mythology. The Alamo? The San Jacinto Monument? While people are taught to see such as shrines of freedom that honor the Texas Revolution, these are all effectively Confederate monuments inasmuch as they represent the movement for white supremacy that drove Texans to rebel first against Mexico and then against the United States. Contrary to popular thought (at least in Texas), the Texas Revolution was not exactly about rebelling against a repressive Mexican government. In reality, Mexico was against slavery. The white residents residing--largely illegally--in Texas desperately wanted to maintain slavery because they saw Africans as inferior. Moreover, almost all had arrived in Texas mere years or months prior to the Revolution with the specific goal of helping take Texas for the US. The San Jacinto Monument represents “freedom” to Texas Nationalists. But to non-white people, the glorified San Jacinto Monument represents part of what denied them recognition as humans. If these sacred places represent freedom, it's a very narrow freedom defined by dishonesty and unfreedom.

Names can enshrine white supremacy, too. The namesake of the Texas state capital, Stephen F. Austin did more than any other individual to establish slavery in Texas. Due to Austin’s groundwork and activism for enslavement, Texas went from having 450 enslaved Black people in 1825; to 58,000 in 1850; and to 275,000 in 1864. Other monuments to racism include streets such as “Plantation” and “Dixie,” mere miles from my house.

What about the name of our nation’s capital, Washington DC? George Washington certainly didn’t help promote freedom. What about the name “White House” and the fact that enslaved labor built it? The “President’s House” or the “Executive Mansion” was first named the “White House” in 1901 after President Theodore Roosevelt faced large-scale backlash after having dinner with Booker T. Washington. Should this building, should this city also be renamed?

People also shouldn’t have to live in cities and on streets; shouldn’t have to attend lectures in libraries and auditoriums; shouldn’t have to work in buildings whose names honor their oppression. And, indeed, if the history taught in public schools wasn’t so censored (in other words, erased), there would certainly be even more ultimatums for dismantled monuments and re-naming campaigns.

How far will things go? Will we re-examine public artifacts that perpetuate ableism? classism? homophobia? Sexism? These too are oppressive. We can’t battle racism alone. Audre Lorde fought against forces that wanted her to prioritize either her Black or lesbian identity, and instead believed, “There is no hierarchy of oppression.”

From another perspective, I worry that people opposed to more intersectional, inclusive, truthful histories will continue their efforts to hijack conversations with concerns of “we can’t erase history!” Protesters sometimes complicate their anti-racism activism and lose supporters, such as happened when they toppled the statue of abolitionist and Union soldier, Hans Christian Heg. A statue of Ulysses S. Grant was torn down too; he took stands against the Ku Klux Klan in the 1870s. Protesters need to know who exactly they are taking a stand against and why. (And, yes, I understand the ambivalent part that property destruction has played in civil rights movements and garnering attention for change.)

Freedom is a constant battle. During a time when fascism is a growing threat from Republicans, I sometimes think it is better to focus more attention toward immediate issues related to the upcoming elections this fall. Regardless of the timeline, will cities do the necessary follow-up work to revisit their own histories and then to make long-term plans for more complete reconciliations? Or, will cities wait for protesters to acquiesce and then continue going about their business in ways that maintain what bell hooks has appropriately termed the Imperialist White Supremacist Capitalist (and one could add Heteronormative Ableist Theistic) Patriarchy?

Race-based enslavement was widely considered “a positive good” two centuries ago. Homophobia was publicly pervasive two decades ago. Values change. What's the boundary between judging people who lived over a century ago by our contemporary values and between recognizing that everyone has flaws? Given present standards of equity, few figures from the past could have a town named after them in 2020. That’s the point—debating statues and memorials is complicated, but it forces consideration of what things ideas like “freedom” mean.