Where Was Such Solidarity Two Weeks Ago?

Frederick Gooding, Jr. is an Associate Professor in Texas Christian University’s Honors College, his latest book, Black Oscars: What the Academy Awards Tell Us about African Americans was released by Rowman & Littlefield in May 2020. 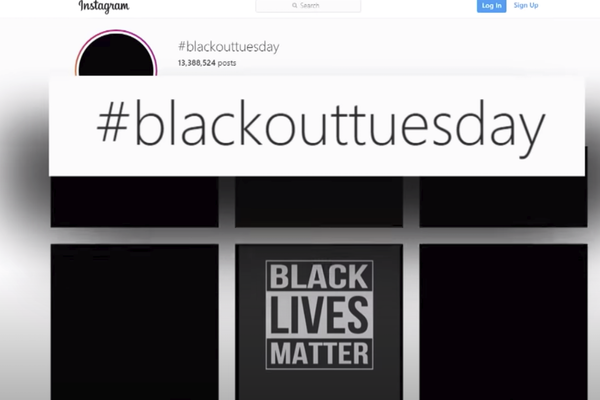 Don’t get me wrong. It is encouraging to see people – not just black people – but people from varying ethnic and gender identities, various demographic and geographic profiles alike, walking hand in hand in solidarity in response to the senseless death of George Floyd, the latest unarmed black person killed at the hands of law enforcement.

To be blunt, I am encouraged, but not entranced. Undoubtedly, the uprisings and sustained protests seen in the streets suggest that we have reached a telling point in our relatively nascent American history. Yet, time will tell whether we actually have reached a tipping point.

My current concern is the potential nature of performative solidarity whereby it seems as if corporate actors and organizations are rushing to the internet to publicly post their statements of support. Supposedly private internal memos from CEOs and public posts by emotional Tik Tokkers are going “viral” alike. Magically, many of my white colleagues and students have suddenly reached out to me to “see how I’m doing.”

But where was all of this understanding and enlightenment about the intractability, intransigence and institutional nature of systemic white supremacy two weeks ago?

Again, may God bless the freedom fighters working arduously, volunteering their time and energy to ensure that marginalized voices of truth are heard. But when it comes to my relationship with a majority-white dominated corporate America, color me a bit skeptical. As a historian, I can only state confidently that the truth will be revealed in time on what the year 2020 truly means for us.

For, as I look back upon our brief history in hindsight with the benefit of 20/20 vision, I can see the cycle we have seen repeated is public unrest, followed by a calming period, followed by attempts to revise public rhetoric and policy. Both activists and antagonists will fatigue as the system continues to moves forward fundamentally unchanged, as most changes will be superficial and cosmetic.

My skepticism comes from my understanding of racism as quite malleable in nature, insofar it traditionally alters and adapts to the “new” societal changes put in response to the prior racist regime. After all, what was more revolutionary than ending the racist Era of Enslavement in 1865?  In retrospect, we now know that hell had only begun; the foundation and rise of the Ku Klux Klan, continued economic bondage through sharecropping and domestic labor, the creation of black codes and criminalization of blackness, virulent racist narratives in the wake of a failed reconstruction, along with unchecked vigilantism and lynching made life for “free” black people flat out miserable.

Then, fast forwarding nearly a century later to 1964, many heralded President Lyndon B. Johnson’s signing of the Civil Rights Act as a high water mark of race relations, especially with the game-changing Title VII which allowed, for the first time ever, possible monetary penalties for racial discrimination on the job. Yet today not only do we have data demonstrating that Keisha and Jamal have a harder time receiving callbacks on the exact same resume profile as Karen and John, but we see on television public responses to police violence and unrest that are eerily similar to those that followed Dr. Martin Luther King, Jr.’s 1968 assassination. Meaning, the undergirding issues, tensions and narratives about the systemic disregard of black humanity from “way back when” are still present, and are not restricted to the past.

Finally, there was likely no period of American history imbued with more hope than 2008, when America elected its first United States President of African American descent. Yet, I was horrified over Oscar Grant's killing in 2009. I was mortified over Trayvon Martin's, Malissa Williams and Timothy Russell’s killings in 2012. I was traumatized over Michael Brown's, Tamir Rice's and John Crawford’s killings in 2014. I was petrified over Freddie Gray’s and Sandra Bland’s deaths in 2015. Get the pattern? We cannot overlook that all these unarmed black lives were lost and #BlackLivesMatter started on Barack Obama’s watch. This observation is not intended to castigate Obama, but rather to illuminate that the larger system does not magically change overnight after changing the race of one man in one (albeit, high-profile) position.

Hence, I wonder aloud about statements like those by NFL Commissioner Roger Goodell and others acknowledging that Colin Kaepernick actually had a point in peacefully protesting police brutality – and wasn't disrespecting the flag nor the military. Did recent events cause a revelation, or had the conditioned maintenance of systemic white supremacy simply not allowed corporate actors to publicly acknowledge what they, and we, already knew? Namely, that we still have some work to do. And this work must necessarily involve and invoke fundamental, systemic change if we wish to avoid the cliché of “history repeating itself.”

In the interim, I remain encouraged, but not entranced.