Alan M. Kraut is Distinguished Professor of History and Affiliate Faculty of the Public Health Program at American University. 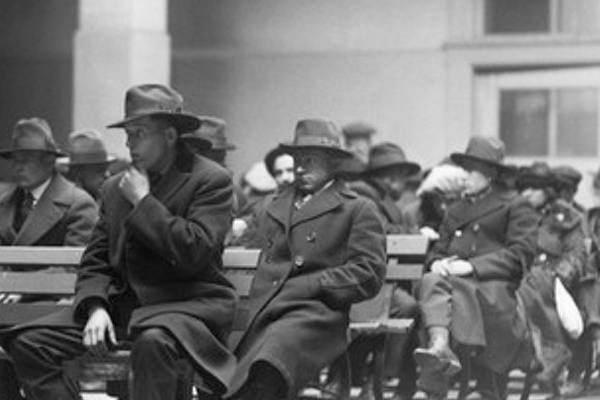 In his 1948 novel, The Plague, philosopher and French Resistance fighter Albert Camus, used the metaphor of a disease epidemic to stir his readers’ compassion and curiosity about those swept up by the rise and spread of fascism. Camus understood from personal experience how fascism’s victims, metaphorical disease sufferers, avoided for as long as possible recognition that the plague “rules out any future . . . silences the exchange of views.” The coronavirus will not succeed in doing to American society what fascism did to Europe in the 1930s and 1940s, but it has sparked a virulent wave of racism and intolerance, especially aimed at Chinese Americans, a bigotry expressed in epithets and, at times, spit and punishing blows to faces and bodies. That wave echoes a contemporary ethnocentric nationalism that has infected many societies and political leaders around the world.

While President Trump later denounced the anti-Asian prejudices that were stirred by his own use of the terms “foreign virus” and, “Chinese virus,” in early 2020, the damage was done. A community was put on notice, “You are the ‘other’ and you endanger us all by your presence.” This is hardly the first time.

Sociologist Erving Goffman observed that the most essential version of stigma was the abomination of the body. Bodies associated with disease appear especially threatening because the disease-causing contagion cannot be detected with the naked eye or easily avoided. Throughout human history, groups defined by race or religion have been persecuted because of their association with disease. The Back Death of the Middle Ages was blamed on Jews in various European communities. Ferocious physical persecution resulted in tens of thousands of deaths, often by torture.

Throughout American history, the appearance of an epidemic has often been blamed on a specific immigrant or ethnic group. The cholera epidemic of 1832, which ravaged the east coast of the United States was blamed on Irish Catholic immigrants who were arriving in ever larger numbers on American shores and settling in east coast cities. The newcomers were poor and lived in congested conditions, often in shanties on the shores of rivers without access to clean water  or uncontaminated food, making them all the more vulnerable to infection. Stigmatization of the Irish reinforced by their arrival during the Second Great Awakening, when the religious passions of Protestant evangelicals, manifested in

a virulent anti-Catholicism. Blaming Irish newcomers for the cholera outbreak seemed only logical within the context of religious antagonisms that had been transported across the Atlantic as certainly as germs on vectors.

States, and later the federal government, took measures to prevent the arrival of diseases from abroad. Each state had quarantine laws dating to before the American Revolution and enforced by state officers. In the antebellum era when states oversaw the inspection and interrogation of newcomers, there were state immigration depots such as Castle Garden in New York, which opened in 1855. The Quarantine Act of 1878 shifted quarantine powers from the states to the federal government. The relinquishing of state prerogative in the matter was gradual. In addition to quarantine protection, after 1890, federal physicians belonging to the U.S. Marine Hospital Service (later renamed the U.S. Public Health Service) were stationed at Federal depots such as those on Angel Island in San Francisco and Ellis Island in New York. They stood watch over the nation’s health, admitting the healthy and those sufficiently robust to support themselves. However, even such government surveillance with increasingly sophisticated medical instrumentation and diagnostic techniques did not curb xenophobic hysteria or the association of immigrant groups and their behaviors with specific diseases.

Although the migration of Chinese laborers to the United States had already been muted by the Chinese Exclusion Act of 1882, the appearance of bubonic plague in the San Francisco area led to the stigmatization of the Chinese as a menace to the public health and demands that San Francisco’s Chinatown be quarantined. Some Californians wished to go even further and burn it down.

A polio epidemic that swept the east coast of the United States in 1916 was an occasion of anti-Italian xenophobia. Italian immigrants were the largest group of European immigrants coming to the United States between 1890 and the 1920s. Many workers functioned as a seasonal migrant labor force, arriving in the spring to work on construction projects and outdoor jobs and then departing in the late autumn. Even before the polio outbreak, the Italians were a favorite target of bigots such as Richard Mayo-Smith, a Columbia University professor of political economy who described the Italians he saw on the streets of New York as “huddled together in miserable apartments in filth and rags, without the slightest regard to decency or health, they present a picture of squalid existence degrading to any civilization and a menace to the health of the whole community.” During the polio epidemic, Italians had the highest number of cases. While some public health officials in New York were sympathetic and distributed pamphlets printed in Italian to warn of risky health behaviors, others blamed the Italians for spreading the disease, citing their sociability as a threat to the public’s health generally. The three-day festa of Our Lady of Mount Carmel was cancelled by order of the New York City health department, while public health nurses blamed the Italian practice of kissing the dead as reprehensible and dangerous.

The great killer of the nineteenth century was tuberculosis. Anti-Semitic xenophobes dubbed it the “Tailor’s Disease” or the “Jewish Disease” despite the lower rates of the disease in Jewish communities than in many non-Jewish communities in the United States. In 1908, Dr. Manly Simons, medical director of the United States Navy described Jewish newcomers as “very tuberculous,” a condition he blamed on the Jews themselves for practicing what he described as an unhealthy lifestyle.

Ironically, there were fewer incidents of xenophobia occasioned by the 1918 influenza pandemic than by earlier health crises. The pandemic occurred during World War I. During the war, immigration declined dramatically from 1,218,480 in 1914 to 110,618 in 1918. However, many of the young men in the American military were immigrants or the children of recently arrived immigrants. Over half a million foreign-born soldiers of 46 different nationalities served in the U.S. military. Under such circumstances, xenophobes found it awkward to blame the newcomers for the pandemic that affected natives and newcomers alike and took a heavy toll on the armed forces. Of the 675,000 Americans who died of influenza, most were between the ages of 29 and 34 years of age. Over 32,000 of those were in the service and died in U.S. military camps and over 18,000 died of influenza while fighting in Europe. Still, there were some expressions of medicalized prejudice. Italians in Denver felt the sting of blame for the influenza and were stereotyped as poor, slovenly, violent, and given to heavy drinking. One public health official in Denver said, “The foreign element gives us much trouble when an epidemic occurs. They pay no attention to the rules or orders issued by the health department and its efforts to check the disease.

In 2020, pre-existing anti-Asian xenophobia has been fueled by the fear aroused by the coronavirus pandemic. Whether it will eclipse the Islamaphobia, anti-Semitism, and white supremacy that was so notably toxic before the start of the pandemic remains to be seen. However, there can be little doubt that in addition to the pandemic ravaging bodies around the globe, there is another pandemic that is preying upon the human spirit, nourished by a vulgar bigotry that has gone viral. It is the “Other Pandemic.”

As historian Charles Rosenberg reminds us, “A true epidemic is an event, not a trend.” As a social phenomenon, it has a “dramaturgic form,” he observes, with a beginning a middle and an end. One dimension of that dramaturgic character is the “quality of a pageant – mobilizing communities to act out propitiatory rituals that incorporate and reaffirm fundamental social values and modes of understanding.” Xenophobia during an epidemic, then, can be framed as a “social ritual,” that reaffirms a hypernationalism in the native-born, one that seeks to justify pre-existing racial and religious prejudices directed toward those defined as “other.” However, when the drama that is an epidemic concludes and the curtain descends, the prejudice and acts of discrimination do not vanish, they merely transfer to a different stage.