The Cost of Loyalty: A Crisis of Ethics in the Military

Tim Bakken is a professor of law at West Point. His new book is The Cost of Loyalty: Dishonesty, Hubris, and Failure in the U.S. Military. The views here are those of the author and do not reflect the official policy or position of the Department of the Army, the Department of Defense, or the U.S. government. 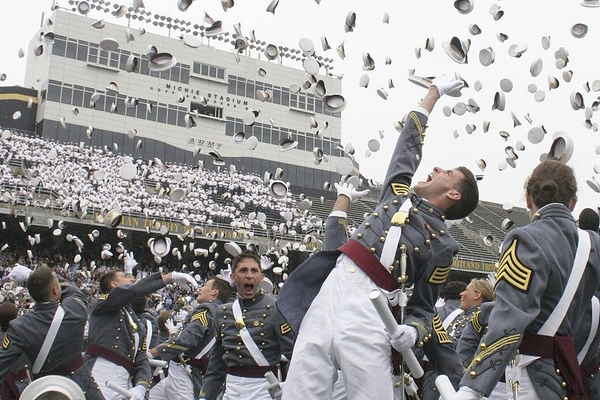 At a time when faith in our institutions is precarious, and our old dependence on norms has proven to be misguided at best, Americans take succor in believing that the backbone of our country’s security—the U.S. military—is, well, secure.

It’s necessary to think this way because the alternative is just too disturbing to consider. Yet, from the U.S. Military Academy, known as West Point, which its military administrators assure us with no hint of humility, or data, is “the world’s preeminent leadership institution,” I’d like to sound the alarm. Our faith in military leaders and their progeny is dangerously misplaced.

The Afghanistan Papers, more than 600 recorded interviews of military and civilian leaders obtained by the Washington Post after years of litigation against the government, showed, according to former lieutenant general Douglas Lute, “we didn’t have the foggiest notion of what we were undertaking” in a war that started more than 18 years ago.

Now 75 years since America’s last victory in a major war, one led by a general, Eisenhower, who was born in 1890, Americans are numb to the military’s strategic failures: bombing to pulp the cities of North Korea, the war of attrition in Vietnam, the wayward invasion and dismal occupation of Iraq. When President Trump and Congress increase the military budget, the near worship expressed by many Americans for the military prevents discussion about what is necessary for self-defense and what is wasted on the self-aggrandizement of generals and admirals and military contractors.

Recent policies announced by the U.S. military regarding a redeployment of landmines at the discretion of commanders and the placement of low-yield nuclear warheads on submarines should make us shudder. From outside, the military may appear to be an undifferentiated mass of strong-jawed soldiers who come from a sturdier fabric than the rest of us, people who could be trusted with such massive responsibilities. It’s a myth. As I’ve described recently, the military does not have the capacity necessary to achieve success in a modern world. These are average men and women trained within an inch of their nature at the U.S. military academies. And I’ve seen these people up close. I’ve answered to them. I’ve been blackballed by them, retaliated against by them, and will likely be attacked by them again simply for speaking up. At West Point, the headwaters that feeds the armed forces, the values of loyalty and conformity have blasted away any sense of ethics. When fealty to anyone of higher rank becomes the norm—and the essential component of careerism—truth will dissipate quickly.

The military is in trouble because the schools feeding it have long been breeding grounds for its worst tendencies. One 2017 study by researchers at West Point shows that the intellectual core of the Army and West Point has been eroding for the past 75 years.

Most Americans  still consider the military institution to be an invincible force. Even though, led mainly by generals who graduated from West Point, it snatched a stalemate from the jaws of victory in Korea, got 58,000 young American men killed in Vietnam, and has run Iraq and Afghanistan into the ground, we continue to worship at the altar of military infallibility. Its leaders are driven by self-regard, its soldiers by self-preservation, and all are ingrained to protect the institution, not us.

From the first day of Beast Barracks, a summer training and indoctrination ritual, new cadets at West Point learn that loyalty to each other is the preeminent value, high above all the others, including truth. Of course, loyalty is important—we all understand the need for it, and how war requires unity forged in this trust. But in reality, loyalty doesn’t look like it does in movies—an exhausted soldier avoiding fire to save his comrade. It takes the form of hiding a breach from a sanctioned “outsider,” protecting a superior from the suspicion of an inspector general, lying on a casualty report, or falsifying records to evade criticism. The value being cultivated by the military ethos at the academies and in the theaters across the world goes by a different word for the rest of us: deceit.

And the military knows it. Leonard Wong and Stephen Gerras, former colonels now at the Army War College, wrote in “Lying to Ourselves: Dishonesty in the Army Profession,” a 2015 study describing a culture devoid of integrity that “’white’ lies and ‘innocent’ mistruths have become so commonplace in the U.S. Army that there is often no ethical angst, no deep soul-searching, and no righteous outrage when examples of routine dishonesty are encountered.” Rather, “mutually agreed deception exists in the Army because many decisions to lie, cheat, or steal are simply no longer viewed as ethical choices.”

The Afghanistan Papersillustrate a military command and civilian bureaucracy in almost unanimous agreement that the strategies employed in the war in Afghanistan have been futile. But not a single official in a position to know ever spoke up. This is not a coincidence. This kind of deception is not a bug of the military hierarchy. It is a feature.

The problems coming from inside the U.S. military will be difficult to solve for two reasons. First, Americans’ trust in the military is akin to religious worship, so we don’t engage in any real oversight. Second, the military itself has no incentives for admitting faults in order to rectify problems, despite a continuing cascade of losses and harm to soldiers at home. “We’re creating an environment where everything is too rosy because everyone is afraid to paint the true picture,” an army officer said in the Wong-Gerras study. “You just wonder where it will break, when it will fall apart.”

The regal military “chain of command,” a relic in 2020, has become, in the hands of military officers, a device to coerce blind unquestioning loyalty at the expense of truth. This has spawned silence among generals when their speaking up could prevent America from engaging in almost perpetual warfare.

They could best fulfill their constitutional obligations by telling us the truth. But, alas, they weren’t trained for that.

Though evidence amasses—through scandals, leaks, evidence on the ground, and decades of failure—Americans  stubbornly hold faith in the U.S. military. A staggering 80% of Americans believe our military will always act in our country’s best interest. Is it because, were we to consider the evidence, it would be hard to sleep at night?