As The Trump Administration Demonstrates, We Have Undervalued Virtues And Values 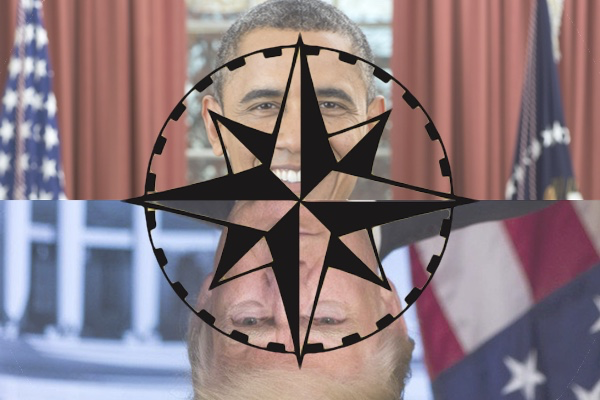 In a 2018 New York Times (NYT) article, an anonymous Trump administration official wrote, “The root of the problem is the president’s amorality. Anyone who works with him knows he is not moored to any discernible first principles that guide his decision making.” (A few months earlier, I made a similar point in an HNN essay entitled “Unlike Obama, Trump Has No Moral Compass.”)

In a more recent NYT piece, “Our Republic Is under Attack From the President,” a retired U. S. admiral wrote that President Trump shows no interest in the virtues and values that “have sustained this nation for the past 243 years. . . . And if this president doesn’t understand their importance, if this president doesn’t demonstrate the leadership that America needs, both domestically and abroad, then it is time for a new person in the Oval Office—Republican, Democrat or independent—the sooner, the better.”

The problem, however, is not just Trump. It is also ignoring, unlike our Founding Fathers and some later thinkers and leaders, the need for proper virtues and values (see below) to sustain a healthy society.

In her The De-Moralization of Society (1994), conservative historian Gertrude Himmelfarb made a major distinction between the two “v” words. She argued that “it was not until the present century that morality became so thoroughly relativized and subjectified that virtues ceased to be ‘virtues’ and became ‘values.’” But the difference  need not delay us here. Both “v” words deal with ethical first principles.

Typical of historians’ analysis of  early American concern with virtue are the views of Clinton Rossiter and James Kloppenberg. The former wrote that “on no point in the whole range of political theory were Americans more thoroughly in accord” than that free government necessitated “a virtuous people.” He quotes various Founding Fathers like Samuel Adams, who stated, “We may look up to Armies for our Defence, but Virtue is our best Security. It is not possible that any State should long remain free, where Virtue is not supremely honored.” Kloppenberg also emphasized the prominence “virtue” played in the minds of Founding Fathers. In a 1987 essay, “The Virtues of Liberalism,” he quotes such “fathers” as James Madison, who in a 1788 speech stated: “I go on this great republican principle, that the people will have virtue and intelligence to select men of virtue and wisdom. Is there no virtue among us? If there be not, we are in a wretched situation.”

In the early nineteenth century, under Andrew Jackson’s presidency (1829-1837) and some other presidents, “the meaning of virtue lost its earlier religious, civic, and ethical significance and became a label for bourgeois propriety or feminine purity.” At least according to Kloppenberg. In his Uncertain Victory: Social Democracy and Progressivism in European and American Thought, 1870-1920 (1988), however, he argues that the progressives of the Progressive Era reemphasized the importance of virtue: “Without the virtue that democratic citizenship requires, these progressives argued, democratic government becomes simply an institutionalized scramble for private advantage.”

Although concern with civic virtues and values was not evidenced as much in the period between that of the Founding Fathers and the Progressive Era as it was in those two time spans, it was not an ignored subject. Ralph Waldo Emerson (1803-1882), whom the famous literary critic Harold Bloom believed in 2004 “remains the central figure in American culture,” often wrote of virtue. According to one analysis, in 1200-odd pages of his most famous essays, “Emerson uses the word virtue (or virtuous) 146 times.”

The most outstanding president of Emerson’s time, Abraham Lincoln (b. 1809), shared his concern for moral behavior, as did many abolitionists. Doris Kearns Goodwin’s Leadership: In Turbulent Times focuses on Lincoln, Theodore Roosevelt (a president of the Progressive Era), and two later progressives, Franklin Roosevelt (FDR) and Lyndon Johnson (LBJ). She writes that the four presidents were “at their formidable best, when guided by a sense of moral purpose, they were able to channel their ambitions and summon their talents to enlarge the opportunities and lives of others.”

But following LBJ’s actions in behalf of civil rights and the impoverished—and the death of Martin Luther King, Jr. in 1968—we have lived in a half century in which virtues and values have become an increasingly contentious issue.

Liberals or progressives began to cringe when they heard the words values or virtues because conservatives often spouted them. Like with Ronald Reagan when he pledged to appoint only “family values” judges. Or Supreme Court Justice Antonin Scalia when he wrote that “the purpose of constitutional guarantees . . . is precisely to prevent the law from reflecting certain changes in original values.” Or George W. Bush who at the 2000 Republican convention spoke about “conservative values and conservative ideas.” (All three examples cited in Lepore’s These Truths.)

In her memoirs, British Conservative Party prime minister of the 1980s, Margaret Thatcher, praised conservatives who wrote of virtues such as the American Michael Novak. She was impressed by his emphasis on democratic capitalism as a system that “encouraged a range of virtues.” Former Secretary of Education under President Reagan, William Bennet, edited The Book of Virtues: A Treasury of Great Moral Stories (1993) illustrating such virtues as self-discipline, compassion, responsibility, courage, perseverance, honesty, loyalty, and faith.

One leftist, Todd Gitlin, former president of the radical Students for Democratic Society (SDS) in the 1960s, bemoaned the Left’s decreasing concern with values. In 1995 he wrote “the Left . . .  once stood for universal values,” but had retreated from such a stance in favor of an increasing emphasis on identity politics.

Historian Jill Lepore has quoted Gitlin and (like him) has written “the center would not hold.” And she added that “the heated rhetoric of the gun rights and antiabortion movements fanned rage among extremists. And a new kind of [identity] politics came to characterize those on both the Left and the Right. . . . By the 1980s, influenced by the psychology and popular culture of trauma, the Left had abandoned solidarity across difference in favor of the meditation on and expression of suffering, a politics of feeling and resentment, of self and sensitivity. She also believes that in recent decades the Internet and social media have worsened any commitment to common values, exacerbating “the political isolation of ordinary Americans while strengthening polarization on both the left and the right. . . . The ties to timeless truths that held the nation together, faded to ethereal invisibility.”

But one major Democratic politician has emphasized values—Barack Obama. Before being elected president, he devoted a 27-page chapter to the topic in his The Audacity of Hope. In it he wrote, “I think that Democrats are wrong to run away from a debate about values,” and that the question of values should be at “the heart of our politics,  the cornerstone of any meaningful debate about budgets and projects, regulations and policies.” Some of the values he advocated were empathy, honesty, fairness, self-reliance, humility, kindness, courtesy, and compassion,” as well as wisdom, which implies the ability to prioritize such values in order to best work for the common good.

In their defense of reason, science, open-mindedness, and tolerance, however, leftists have been suspicious of religious dogmatism, and with it of self-identified proponents of “Christian values.” But Obama is right. Democrats have gone too far. Values should be “the heart” of their politics. What is so bad about Trump is that he has no values other than inflating and aggrandizing his own ego. As NYT columnist Nicholas Kristof recently wrote: “It would be difficult to imagine a president more at odds with Jesus’ message than Trump, a serial philanderer and liar who has persecuted refugees, divided families, exploited the poor and allegedly committed sexual assaults.”

At the heart of opposition to Trumpism should be a reassertion of proper values. The type of values Obama has mentioned in various writings and speeches including empathy, compassion, rationality, humility, tolerance, and open-mindedness. The type of values Pope Francis has called for in his writings on the flaws of capitalism and environmental responsibility, and in remarks condemning Trump’s “cruel” immigration policies  and indifference to the poor.  And the type of values so powerfully preached by the Reverend Martin Luther King, Jr., who thought that Gandhi was “probably the first person in history to lift the love ethic of Jesus above mere interaction between individuals to a powerful effective social force on a large scale.”