Jeffrey J. Matthews is a professor of leadership and American history at the University of Puget Sound and author of the new book “Colin Powell: Imperfect Patriot.” 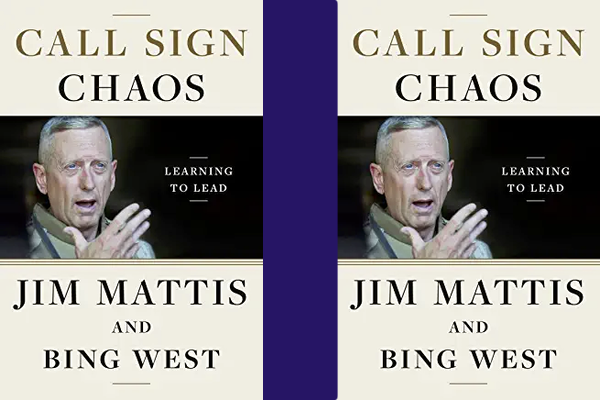 Secretary of Defense Jim Mattis resigned from the Trump administration ten months ago. As a leadership scholar and historian, I was often asked what I thought of Mattis’s dramatic departure. I answered that it appeared to be a laudable resignation of protest based on differing national security priorities, and that we would learn more after Mattis’s memoir was published. His book, Call Sign Chaos, was released in September.

Unfortunately, Mattis writes little about the Trump administration’s national security policies. He does include a copy of his resignation letter, which makes clear his disagreements with the president on the severity of the Russian and Chinese threats and on the imperative of America’s military alliances. But Mattis offers no insights on the challenges of working for Trump. Instead he writes, “I’m old fashioned. I don’t write about sitting presidents.” For this morally uncourageous decision, the former Marine Corps General has rightly taken flak. He has chosen to conceal valuable information from the American people who soon will be deciding whether to retain Trump for another four years.

While Mattis refrains from directly criticizing Trump, the retired general is quick to censure many of his former civilian and military superiors. Army General Tommy Franks, who led military forces in the 2001 campaign in Afghanistan and the 2003 invasion of Iraq, takes heavy fire from Mattis, who at the time of 9/11 was commander of the 1st Marine Expeditionary Brigade. Mattis disparages Franks for often giving “vague guidance” and ambiguous orders, and for being overly cautious, “trapped by outdated thinking,” and for utilizing “unsound reasoning.” In Afghanistan, this led to “the gravest error of the war,” allowing Osama bin Laden to escape into the Tora Bora Mountains. In a final lob, Mattis criticizes Franks for not deploying “enough troops” to stabilize Iraq after the end of major combat operations.

Mattis is equally critical of Bush appointee Paul Bremer who, as director the Coalition Provisional Authority, supplanted Franks as “the most powerful man in Iraq.” According to Mattis, Bremer provided “no specific guidance” to the military and also made a disastrous unilateral decision to demobilize the Iraqi Army and to ban most members of the Baath Party from the new government.

Mattis does not spare the rod when discussing George W. Bush and Iraq, including the president’s continuous support of Bremer. Mattis even admits to being “stunned” and “disoriented” by Bush’s initial decision to invade Iraq. The war was unwise, he thought, because the United States had already adequately “boxed in” Saddam Hussein. Further, Hussein actually worked “to our strategic advantage” in the region by counter-balancing Iran. Mattis believed that Bush’s goal of establishing a truly independent Iraqi democratic government was “idealistic and tragically misplaced.”

Mattis is especially critical of his civilian superiors when, despite his advice to the contrary, they insisted on a “reckless” and bloody conventional assault on Fallujah which led to “exploding” violence across the country. Then, when approaching victory in Falluja, the leadership gave Mattis a “harebrained” order to halt the offensive, allowing the enemy to consolidate its position. “The impact of such incoherence at the theater and national command levels,” Mattis writes, “cannot be overstated.” America’s civilian leaders “were spinning in a circle, without a strategic compass.”

By 2010, Mattis had become a four star general, and President Barack Obama made him the Commander of CENTCOM, overseeing all U.S. operations in the Middle East and Central Asia, including the ongoing wars in Iraq and Afghanistan. Mattis soon determined that Obama, like Bush, had not adequately defined “the policy end states and the strategies that connect our military activities to those end states.”

Nevertheless, after seven years of war, Iraq had finally obtained a fragile stability, raising the question of whether the United States should maintain a residual force there. Mattis lobbied for a contingent of 18,000 troops to sustain the hard-fought gains. But wanting to end the war, Obama rejected that counsel and withdrew all U.S. forces at the close of 2011. Shortly thereafter, as Mattis feared, the Iraqi civil war resurfaced and later ISIS zealots swept across western Iraq and into Syria. The withdrawal U.S. forces, Mattis writes, was a “catastrophic” decision by a president “ignoring reality.”

Mattis offers equally harsh judgements of Obama’s policies in Afghanistan and Syria. While supportive of Obama’s decision to deploy more troops to Afghanistan, he was appalled by the president’s public announcement that he would recall U.S. forces eighteen months later. “Unless you want to lose,” Mattis writes, “you don’t tell an enemy when you are done fighting, and you don’t set an exit unrelated to the situation on the ground.”

Similarly, Mattis supported Obama’s firm warning to Syrian leader Bashar al-Assad not to use chemical weapons against his own people. But when Assad did, Obama did not retaliate militarily and this “sophomoric” decision left Mattis “deeply disturbed.”

Mattis’s stark criticisms of his former bosses is often justified, and to his credit he readily acknowledges his own failures as a commander.Call Sign Chaos is in essence a leadership primer, one that effectively underscores how important it is for senior subordinates to “lead from below” by offering independent judgments to their superiors. On multiple occasions Mattis admits his own failure to persuade his military and civilian bosses on the best courses of action. Whether it was Afghanistan, Iraq, or Syria his “efforts to influence American policy decisions had fallen short.”

If Obama, Bush, and Trump were not up to Mattis’s leadership standards, who then is his exemplar? George H.W. Bush. He was a president who “backed up his words” after telling Saddam Hussein that his 1990 occupation of Kuwait “will not stand.” Bush was a leader who effectively rallied domestic and international support for war, who provided his generals with the forces they needed, and who avoided “overreach” after having achieved his objective of liberating Kuwait.

Jim Mattis has a reputation as a blunt talker and Call Sign Chaos provides ample evidence of his frank and critical judgments. As a military officer and defense secretary, he swore his allegiance to the American people not to any single executive in chief. Now is not the time to demonstrate “old fashioned” loyalty to a sitting president. With consequential elections forthcoming now is the time for Mattis to tell voters the unvarnished truth about Donald Trump.