What To Know About the History of Emoluments and Impeachment 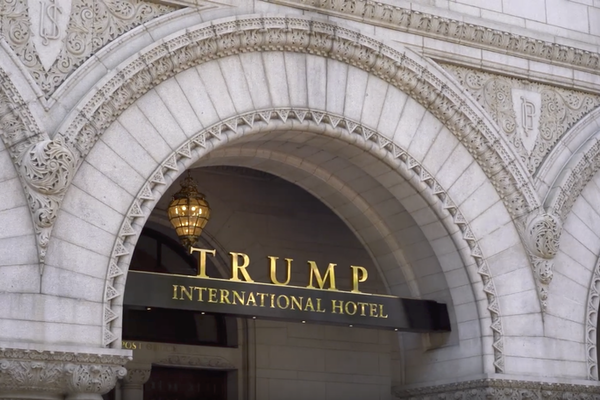 With Speaker Nancy Pelosi’s announcement that the U.S. House of Representatives will begin an official impeachment inquiry, at least two committees—the House Judiciary Committee and the House Committee on Oversight and Government Reform—will investigate President Donald J. Trump’s alleged violations of a constitutional ban on “emoluments”—or, in simpler English, profiting from his office.

Whether such violations constitute impeachable offenses—i.e., high crimes and misdemeanors-- will be a question for the full House to decide. If impeached, he would become only the second of forty-five presidents to suffer such a humiliation. Although thirteen presidents faced threats of impeachment, Congress only impeached Andrew Johnson (1868) and Bill Clinton (1998).

If, as charged by some in Congress, President Trump did in fact receive emoluments, he would only have adhered to an all-but-hallowed American tradition that dates back to the nation’s origins—and even earlier.

At the same time that Patrick Henry was exposing Mifflin’s profiteering, polemicist Thomas Paine, then secretary to the Committee for Foreign Affairs, was exposing rampant profiteering by members of the Continental Congress. “To what degree of corruption must we sink,” the author of Common Sense demanded to know, “if our delegates and ambassadors are to be admitted on a private partnership in trade? Why not as well go halves with every quartermaster and commissary in the Army?”

Treasury Superintendent Robert Morris—arguably America’s richest man—reacted with fury.  “In becoming a delegate,” he shouted at Paine, “I did not relinquish my right of forming mercantile connections.” Morris’s business partner Gouverneur Morris—an unrelated delegate in Congress and a business partner of Robert Morris—moved to dismiss Paine, and Congress fired him, in effect embedding profiteering by public officials into American politics.

Far from any popular outrage at such official profiteering, Americans often cheer and, in some cases, re-elect public officials convicted of such crimes. Governors of 13 different states have been convicted of illegally profiting from their offices. In Illinois alone, one U.S. senator, six representatives, and five governors have been convicted of illegal profiteering, along with fifteen judges and twenty city and state officials of varying ranks. In Connecticut, Bridgeport voters re-elected their mayor for a seventh term after he had served six years in federal prison.

In what may be unique in American history, though, a sitting President now faces three suits charging him with violating the emoluments clauses in Articles I and II of the Constitution. But like many constitutional prohibitions, the clauses are vague. For one thing, both clauses fail to define emoluments clearly. Nor do they specify who can sue a President for alleged violations or which courts should hear the charges: civil, criminal, state, or federal. Private individuals filed one of the suits against Mr. Trump, members of Congress a second, and the District of Columbia joined the state of Maryland in filing a third.

As for defining emoluments in the past, there was no objection, for example, to Lafayette’s giving his friend President Washington a key to the Bastille prison in Paris Lafayette was a French Commanding General, and the key, was—and remains--a treasured artifact. It now hangs in a gilded glass case in Washington’s mansion at Mount Vernon, Virginia. Strictly speaking, Washington clearly violated the constitutional ban on accepting “any present” from any “king, prince, or foreign state.”

He may, however, have committed far more serious violations as President by personally managing his 7,400-acre Mount Vernon plantation and collecting revenues from the sale of its grains, fish, whisky, and other products. Thomas Jefferson, our third President, was guilty of similar violations while President, selling thousands of barrels of corn, wheat, hogs, and cattle—and buying and selling slaves--at his 5,000-acre plantation at Monticello, outside Charlottesville, Virginia.

Presidential enjoyment of emoluments did not stop with Jefferson, however. In 1869, scandal enveloped the Ulysses S. Grant administration, when cabinet officers appointed 40 relatives to government posts and engaged in widespread gold speculation. And in the next century, after President Warren Harding had died in 1923, his Secretary of Interior Albert Fall went to jail for accepting bribes for leasing two government oil reserves to private oil companies. It was unclear whether the President had shared in the “emoluments.”

“The President,” says one of the Constitution’s two emoluments clauses, “shall not receive…any other emolument [besides his salary] from the United States, or any of them.” By today’s standards, our first, third, and the other presidents who managed and earned money from their farms and businesses while in office should have placed their holdings in blind trusts under independent trustee supervision. In an effort to carve emolument clauses into stone, President Dwight D. Eisenhower forced his long-time White House chief of staff, former New Hampshire Governor Sherman Adams, to resign for having accepted a gift of a vicuna overcoat and oriental rug from a manufacturer-friend then under investigation by the Federal Trade Commission.

President Donald Trump’s refusal to follow suit provoked three lawsuits. Two of them charge the President with violating both the domestic and foreign emoluments clauses by accepting payments from the U.S. and foreign governments at his various Trump hotels and resorts. A third suit—filed by members of Congress—charges the President with violating the foreign emoluments clause by receiving foreign-government payments for lodging and meals at Trump hotels and resorts, along with licensing fees and other moneys. Now, in addition, six committees the House of Representatives will begin a wide-ranging impeachment investigation that will examine whether he used the threat of withholding foreign aid to coax officials in the Ukraine and other foreign nations to contribute possibly damaging intelligence against his political opponents.

In one recorded telephone conversation, the President allegedly threatened to withhold foreign aid to the Ukraine unless the president of that country investigated Democratic candidate Joseph Biden and his son.

President Trump has boasted of foreign leaders flocking to his hotels—especially the Trump International Hotel, seven minutes by taxi from the White House in Washington, D.C.  The Kuwait embassy, for example, held lavish independence-day parties there in 2017 and 2018, while Bahrain’s government and the Azerbaijan embassy each hosted elaborate events there. All would appear to violate the foreign emoluments clause to prevent foreign influence on federal officials.

The President himself has spent untold amounts of government money on weekend and vacation visits to luxury Trump resorts in Florida and New Jersey with his family and his huge staff. In addition, most members of his cabinet and, according to The New York Times, about half the nearly 200 Republican members of Congress “have been seen at or spent money at Trump-branded properties,”spending “close to $20 million since 2015.”

Mr. Trump has also admitted that the American military has repeatedly paid for uniformed military flight crews to stay and play at the five-star luxury Trump Turnberry hotel in Scotland, where the Saudi royal family has invested millions partnering with Mr. Trump’s company. The Saudi partnership, along with the visits by American military flight crews would appear to violate both emoluments clauses. The Pentagon disbursed $184,000 to Turnberry between August 2017 and July 2019 and $17 million to nearby Prestwick airport since January 2017.

Nor is Mr. Trump shy about his apparent violations, even promoting his properties in official pronouncements. In anticipation of the next summit meeting of the Group of 7 world leaders in 2020, he announced that his luxury golf resort in Doral, Florida, is a “great place” with “tremendous acreage” to host the meeting. “We haven’t found anything that could even come close to competing with it,” the President crowed.

The President, of course, is not only convinced that he is innocent of constitutional violations, be is confident he will never face trial. Given the army of lawyers he commands and the all-but-endless delays in the discovery process in federal courts, he may be right.

The Emoluments Clauses of the U.S. Constitution

The Foreign Emoluments Clause: Article I, Sect. 9., Clause 8: No title of nobility shall be granted by the United States:  And no person holding any office of profit or trust under them shall, without the consent of the Congress, accept of any present emolument, office, or title, of any kind whatever, from any king, prince, or foreign state.

The Domestic Emoluments Clause:Article II, Sect.1, Clause 7: The President shall at stated times, receive for his services a compensation, which shall neither be increased nor diminished during the period for which he shall have been elected and he shall not receive within that period any other emolument from the United States, or any of them.

Article II, Sect. 4: The President, Vice President and all civil officers of the United States shall be removed from office on impeachment for, and conviction of, treason, bribery, or other high crimes and misdemeanors.