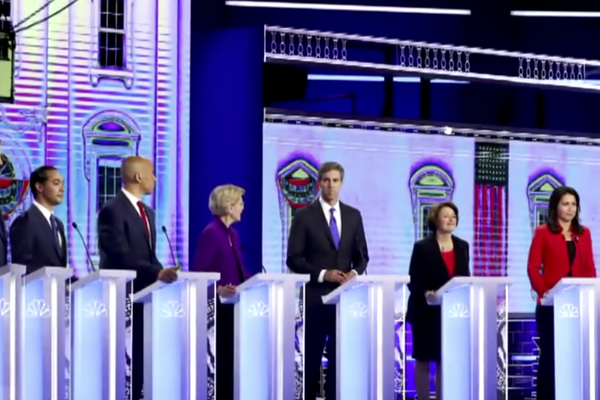 The 2020 election presents a unique opportunity to elect a “new generation of leadership” to the presidency. The American public has done so before, as represented by John F. Kennedy in 1960; Jimmy Carter in 1976; Bill Clinton in 1992; and Barack Obama in 2008.

When one examines modern American political history, one discovers that traditionally, the Democratic Party regularly has much younger Presidential nominees than the Republicans.

So if the Democrats nominate Bernie Sanders, 79 at the time of inauguration; Joe Biden, 78; Elizabeth Warren, 71; Jay Inslee, 69; or John Hickenlooper, 68; they would alter a historical pattern.

Now in 2020, we could have a much wider divergence in age—as much as 36 years between Donald Trump and Pete Buttigieg.

Why is this important for the upcoming election?  The answer is that “fresh blood,” whether age, gender, ethnicity, or sexual orientation, represents the long-term future of America, as the nation becomes more diverse than it has ever been. Promoting change and uniqueness in political leadership could result in higher voter turnout and potentially would enhance efforts to address the challenges of the 21st century. Historically, this  occurred in the early to mid 20th century with the era of Theodore Roosevelt, Woodrow Wilson, Franklin D. Roosevelt and Harry Truman.

The future is ultimately in the hands of those born since 1980 who will lead America in the next few decades.  Despite the strength at the moment of leaders born in the World War II and early Cold War years, the long range future suggests the “torch should pass to a new generation of leadership,” as California Congressman Eric Swalwell stated, quoting John F. Kennedy’s Inaugural Address, in the first debate in late June (although, Swalwell dropped out of the race July 9th). The same situation occurred when Jimmy Carter, Bill Clinton, and Barack Obama took the oath of office, and it is likely that the same will occur in 2020.

Most certainly, the Presidential Election of 2020 will be one of the most fascinating and significant elections in American history.