Jeffrey J. Matthews is a professor of American history and leadership at the University of Puget Sound and he is the author of the new book Colin Powell: Imperfect Patriot ( University of Notre Dame Press). 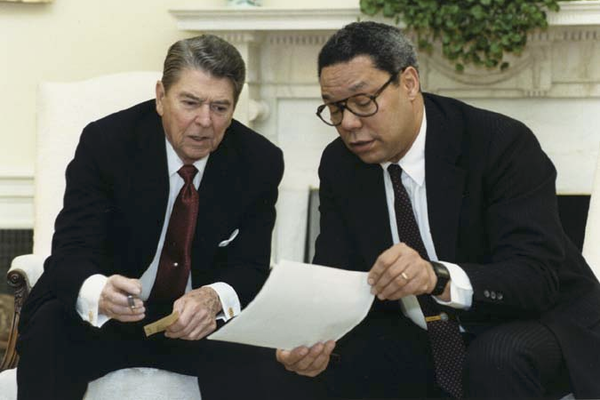 Last week, Colin Powell was bestowed with yet another medal, the Lincoln Medal, for his storied public service. Among his myriad previous awards are two Presidential Medals of Freedom, a Congressional Gold Medal, the Liberty Medal, the NAACP’s Spingarn Medal, the Woodrow Wilson Award for Public Service, and the Ronald Reagan Freedom Award.

The Lincoln Medal from the Ford Theater Society is awarded to people whose accomplishments and personal attributes exemplify “the lasting legacy and mettle” of Abraham Lincoln. At the recent award gala, President Donald Trump—whom Powell has called “a national disgrace” —proclaimed that the retired Army general was an American “to really look up to” and “a man I have a lot of respect for.”

Powell, the former secretary of state and chairman of Joint Chiefs of Staff, certainly deserves plaudits for his four decades of government service. As Powell’s most recent biographer, I have argued that when he became George H. W. Bush’s principal military advisor, he was indeed an exemplary public servant and the consummate subordinate—dedicated, competent, thoughtful, honorable, and independent. Powell not only supported President Bush well, but he also challenged him when he believed that the commander-in-chief was heading towards a bad decision.

First, when Powell thought Bush was moving too quickly towards war, he spoke out, warning the president that war with Iraq, which then occupied Kuwait, “would be the NFL” and “not a scrimmage” akin to the recent victorious U.S. war in Panama. Instead, Powell advocated a “strangulation” policy of sanctions and containment. In brief, the famously “reluctant general” provided the president with a well-considered option short of warfare. And, when the president decided that war was necessary, Powell rightfully saluted his superior and prepared for the coming conflict.

Another example of the chairman’s excellent followership came soon thereafter when Bush expressed his desire to prosecute the war primarily through air power. Powell again cautioned the president, providing alternative advice. The general asserted that a ground war was necessary to guarantee victory, and that he needed 500,000 troops to accomplish the mission. This time around, Bush embraced his subordinate’s expert counsel.

After a relentless aerial bombing campaign and only three days of ground warfare, the Iraqi army began fleeing Kuwait. Having achieved the principal objective of liberating Kuwait, Powell worried about the losing “the high moral ground,” and he warned Bush, “We don’t want to be seen as killing for the sake of killing.” The president again accepted Powell’s advice and suspended the offensive campaign. This decision, writes military historian Rick Atkinson, “was a rare triumph for ther better angels of our nature.”

Powell’s outstanding service as chairman of the Joint Chiefs of Staff notwithstanding, the perpetual lionizing of the general has had the effect of misbalancing the historical record. Despite of—or because of—his popularity and patriotic achievements, Powell has not been held to account for some of his major failings as a public servant. The Iran-Contra scandal and the treatment of Afghanistan War detainees are but two examples.

Like others in the Reagan administration, Powell’s involvement in the Iran-Contra scandal was less than honorable.

There is no doubt that Powell, then an Army major general and a most loyal assistant to Defense Secretary Caspar Weinberger, was aware of Reagan’s illicit program of selling arms to Iran, a U.S.-designated terrorist state, in hopes of recovering American hostages in Lebanon.

It is also clear that Reagan, his senior staff, and Powell, understood that the Iran program, which at first included selling the weapons through Israel, was illegal. At one point, Reagan informed his advisers that he would risk going to prison because the American people would want him to break the law if it meant saving the lives of hostages. “They can impeach me if they want,” Reagan quipped, “visiting days are Wednesday.” 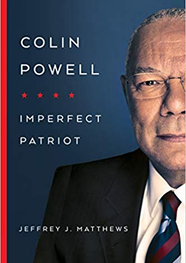 Powell understood that these transfers of American-made missiles mandated Congressional notification. As a senior government official who swore an oath to support and defend the Constitution, Powell possessed a duty to report the Iranian transactions to army leadership, congressional leadership, or the Justice Department. He did not.

To make matters worse, Powell wittingly participated in the subsequent cover-up of the Iranian operation, and in the process, he obstructed justice by deceiving and misleading “out-of-control” federal investigators to protect himself and his superiors. In 1992, a grand jury indicted Caspar Weinberger on five felony charges for lying to Congress and obstructing federal investigations. Just weeks before his trial, however, he received a presidential pardon, one which Powell had lobbied for.

A decade later, Powell, now secretary of state for George W. Bush, faced another major ethical dilemma, how to treat detainees captured during the Afghanistan War.

As a combat veteran with a vested interest in the Geneva Conventions, it is disheartening that Powell did not champion minimum standards of human treatment for all war captives. While the secretary did favor giving prisoners “due process” to determine if they warranted POW protections, he never seriously supported giving the detainees ironclad Geneva protections from physical and psychological abuse.

Powell, furthermore, did not object to the CIA’s clandestine program of rendition and torture, which Senator John McCain condemned as “one of the darkest chapters in American history.” Again, to make matters worse, Powell gave the false impression in public that he opposed the mistreatment of all captives, including so-called unlawful enemy combatants. For years into retirement, Powell perpetuated the myth of his opposition to detainee abuse, falsely telling CNBC’s Rachel Maddow, “We had no meetings on torture” and “It was always the case, at least from the State Department’s standpoint, we should be consistent with the requirements of the Geneva Convention.”

Colin Powell remains one of the most admired and respected people in the United States, and there are just reasons for both his enduring popularity and the ongoing feting. But, as with America’s most revered presidents, Washington and Lincoln, Powell proved a fallible patriot, who, in the course of a long and distinguished public career, made some grave and consequential errors in judgment. While those blunders do not erase the significance of his achievements and service, they are failures nonetheless, and they should not go untold.