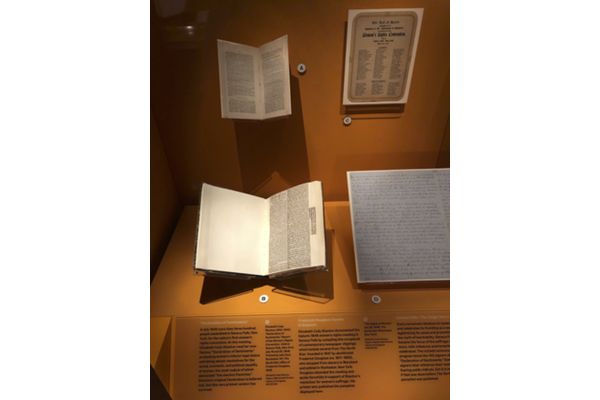 Although the original version is lost, this printed version of Elizabeth Cady Stanton’s “Declaration of Sentiments” has somehow survived 150+ years and now sits in the first display of the exhibit to show where the suffrage movement began to gain steam in the US. In it, Stanton demands moral, political, and economic equality. 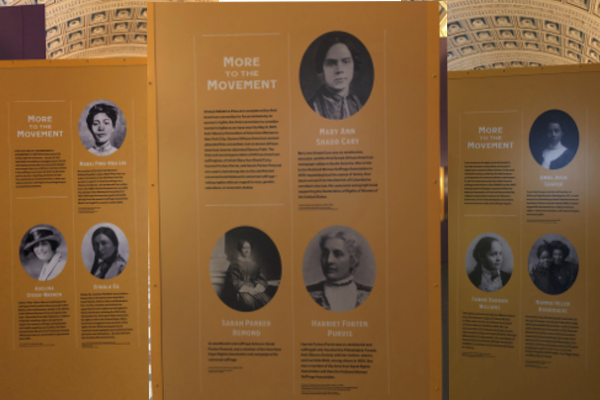 2. "More to the Movement” placards

These placards, interspersed throughout the exhibit, cast light on minority women suffragists – figures who have usually gone unacknowledged in accounts of US and women’s history. While the Seneca Falls Convention is conventionally seen as the beginning of the suffrage movement, the “More to the Movement” placards note that women’s rights were first considered as an issue in 1837, at the Anti-Slavery Convention of American Women in New York City. 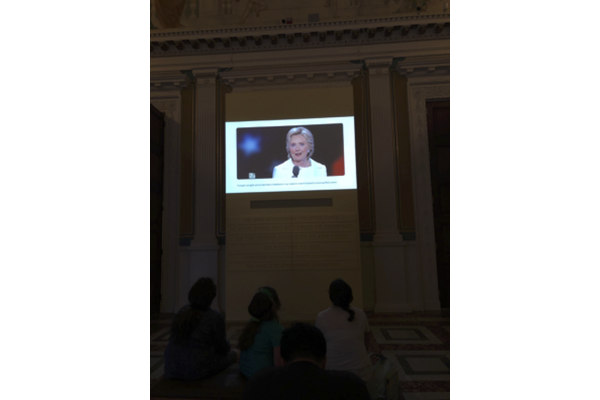 The end of the exhibit features a video compilation of famous speeches made by women politicians and figures, including Shirley Chisholm, Sandra Day O’Connor, Ileana Ros-Lehtinen, and Hillary Clinton when she became the first woman presidential nominee from a major party.

4. "Music of the Suffrage Movement” display

Tucked into the corner of one of the displays is this screen, which allows visitors to see and listen to the music that inspired suffragists across generations to resist. Many of the songs were anthems composed and written to be sung in large public forums. 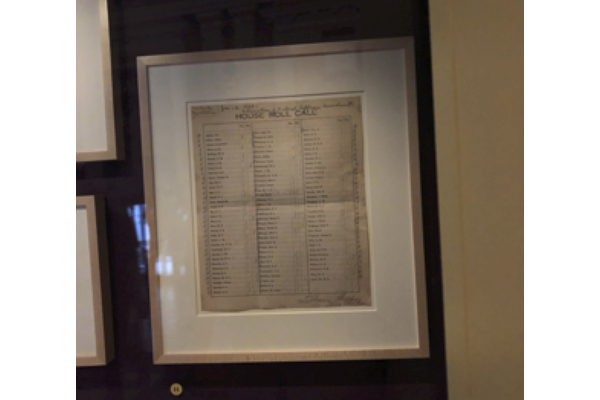 Although Kentucky was not the 36thand final state required to ratify the 19th Amendment, this sheet of paper has been preserved as a reminder of the rapid progress of the movement after World War I. The 19thAmendment was officially ratified just months after this roll call was taken. 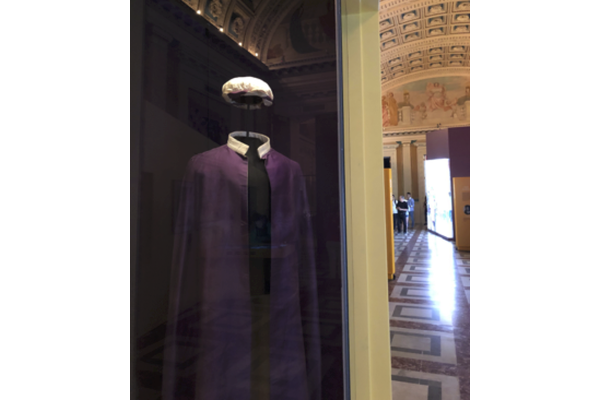 Displayed in a case along with other 20thcentury artifacts; this white cap and purple gown was worn by members of the National Woman’s Party from 1913 to 1917. 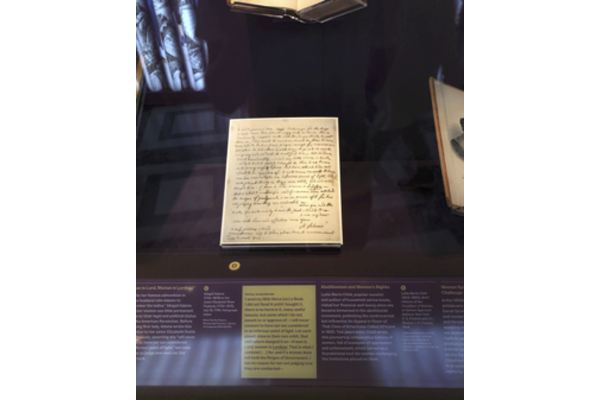 Remarkably, this letter from Abigail Adams to her sister Elizabeth Shaw Peabody has survived 220 years. Part of it reads, “I will never consent to have our sex considered in an inferiour point of light. Let each planet shine in their own orbit.” 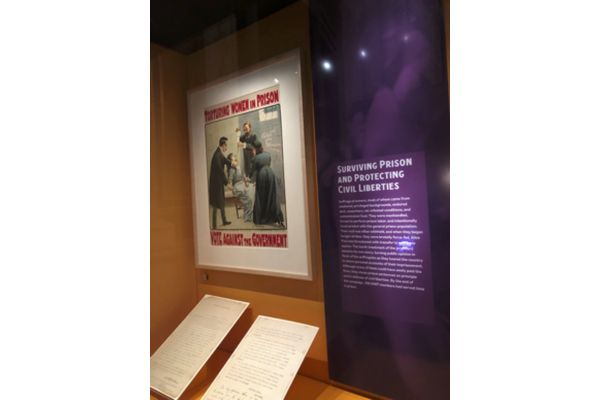 This display powerfully documents the commitment to the movement’s ideals that many women displayed during World War I. Suffragists protested the war as hypocritical, resulting in prison sentences and, in some cases, torture. Posters and newspaper headlines depicting women with feeding tubes shoved down their throat convey the strength and resolve of these women in the face of horrendous treatment. 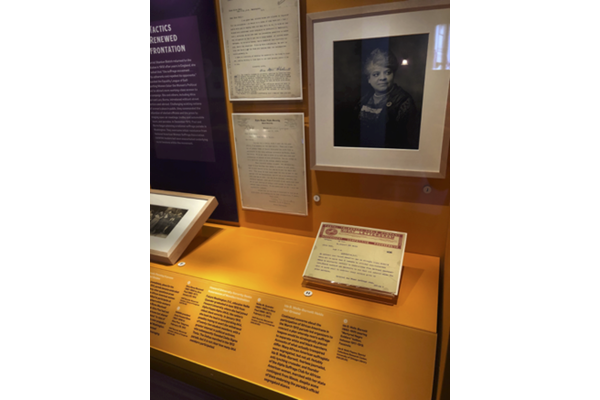 9. Story of Ida B. Wells-Barnett

Ida B. Wells-Barnett’s story reveals how many women, particularly women of color, faced challenges and obstacles outside of the fight for women’s suffrage. Many African American suffragists were segregated during the March 1913 national suffrage parade, but Wells-Barnett refused. She marched with her state group from Illinois, despite the endorsement from some of the parade’s segregation policy. 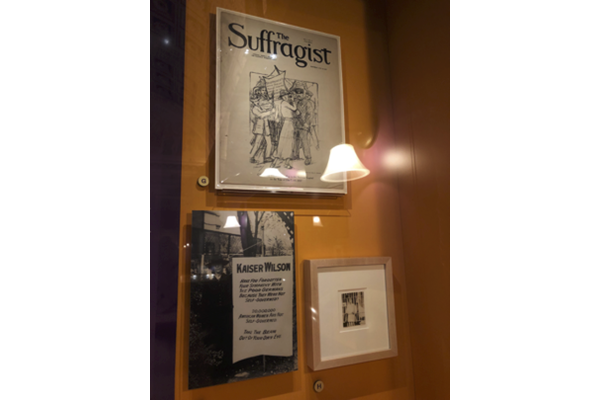 An entire section of the exhibit is dedicated to women’s protest of World War I as hypocritical, noting that while the US fought for “democracy,” it denied over half of its own citizens the right to vote. It features original images and artifacts from the resistance movement, including a piece of sign pictured in the photo above.