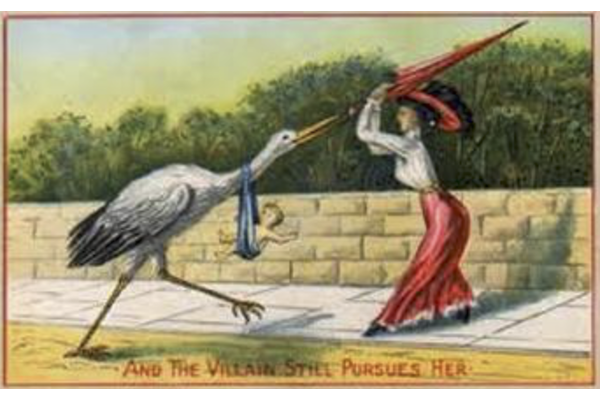 Mississippi state representative Douglas McLeod was arrested last week for punching his wife when she didn’t undress fast enough for sex. When deputies arrived, he answered the door visibly intoxicated, with a drink in his hand, and yelled, “Are you kidding me?” Police found blood all over the bed and floor, and had to reassure his frightened wife, who stood shaking at the top of the stairs, that they would protect her. In January, McLeod had co-sponsored a bill making abortions in Mississippi illegal after detection of a fetal “heartbeat” beginning at six weeks, before most women even know they are pregnant.

In both of these scenarios, one thing is clear – Douglas McLeod believes he has such a right to his wife’s body (and other women’s bodies) that he is willing to violently and forcefully impose it.

Even more clear is the fact that for nearly two centuries, women’s rights reformers have fought to make reproductive rights legal, precisely because of men like Douglas McLeod.

Women’s rights reformers beginning in the 1840s openly deplored women’s subjugation before the law – which, of course, was created and deployed by men. Temperance advocates in the nineteenth century pointed especially to alcohol as a major cause of the abuse and poverty of helpless women and children. As one newspaper editor editorialized, “Many… men believe that their wife is as much their property as their dog and horse and when their brain is on fire with alcohol, they are more disposed to beat and abuse their wives than their animals…. Every day, somewhere in the land, a wife and mother – yes, hundreds of them – are beaten, grossly maltreated and murdered by the accursed liquor traffic, and yet we have men who think women should quietly submit to such treatment without complaint.”(1)

But of course women were never silent about their lowly status in a patriarchal America. As one of the first practicing woman lawyers in the United States, Catharine Waugh McCulloch argued in the 1880s that “Women should be joint guardians with their husbands of their children. They should have an equal share in family property. They should be paid equally for equal work. Every school and profession should be open to them. Divorce and inheritance should be equal. Laws should protect them from man’s greed…and man’s lust…”(2)

Indeed, the idea of “man’s lust” and forced maternity was particularly abhorrent to these activists. In the nineteenth century, most women were not publicly for the legalization of birth control and abortion but there were complex reasons for this rejection. In a world where women had little control over the actions of men, reformers rightly noted that legalizing contraceptives and abortion would simply allow men to abuse and rape women with impunity and avoid the inconvenient problem of dependent children.

Instead, many suffragists and activists embraced an idea called voluntary motherhood. The theoretical foundations of this philosophy would eventually become part of the early birth control movement (and later the fight for legal abortion in the twentieth century). Simply put, voluntary motherhood was the notion that women could freely reject their husbands’ unwanted sexual advances and choose when they wanted to have children. In an era when marital rape law did not exist, this was a powerful way for women to assert some autonomy over their own bodies. As scholar Linda Gordon has written, it is thus unsurprising that women – even the most radical of activists – did not support abortion or contraception because “legal, efficient birth control would have increased men’s freedom to indulge in extramarital sex without greatly increasing women’s freedom to do so even had they wanted to.”(3) But the ideas underpinning voluntary motherhood promised to return a measure of power to women.

Of course, the nineteenth-century criminalization of abortion and birth control in state legislatures was openly about restricting women’s freedom altogether. As Dr. Horatio Storer wrote, “the true wife’” does not seek “undue power in public life…undue control in domestic affairs,… or privileges not her own.”(4) Beginning in the 1860s, under pressure from physicians like Storer and the newly organized American Medical Association (who wanted to professionalize and control the discipline of medicine), every state in the union began passing laws criminalizing abortion and birth control. Physicians saw their role as the safeguard not only of Americans’ physical health, but the very health of the republic. They, along with other male leaders, viewed the emergent women’s suffrage movement, rising immigration, slave emancipation, and other social changes with alarm. Worried that only white, middle-class women were seeking abortion, doctors and lawmakers sought to criminalize contraceptives and abortion in order to ensure the “right” kind of women were birthing the “right” kind of babies.

The medical campaigns to ban abortion were then bolstered by the federal government’s passage of the 1873 Comstock Act, which classified birth control, abortion, and contraceptive information as legal obscenity. Fines for violating the Act were steep and carried prison time. Abortion and birth control then remained illegal for essentially the next century, until the Supreme Court finally ruled in two cases – Griswold v. Connecticut (1965) and Roe v. Wade (1973), that both were matters to be considered under the doctrine of privacy between patient and physician. The efforts of the second-wave feminist movement also simultaneously transformed older ideas of voluntary motherhood, which asserted that women both didn’t have to have sex or be pregnant, into the more radical notion that women could – and should - enjoy sex without fear of becoming pregnant.

Anti-abortion activists today thus know that they cannot openly advocate for broadly rescinding women’s human and legal rights. Instead, in order to achieve their agenda,  they cannily focus on the rights of the unborn or “fetal personhood,” and the false flag of “protecting” women’s health.  But it is crystal clear that the recent spate of laws criminalizing abortion in states like Georgia, Ohio, Alabama, and Douglas McLeod’s home state of Mississippi have nothing to do with babies or health. Instead they flagrantly reproduce the past history of men’s legal control over women. It is not a coincidence that women make up less than 14% of Mississippi’s legislative body – the lowest in the country. McLeod’s behavior and arrest may have taken place in May of 2019, but his actions – both at home and in the legislature – look no different than his historical male counterparts. Unlike the past, it’s just that neither he nor his colleagues are willing to admit it.

(3) Linda Gordon, The Moral Property of Women: A History of Birth Control Politics in America (University of Illinois Press, 2002).

(4) Horatio Robinson Storer, Why Not? A book for Every Woman (Boston: Lee and Shepard, 868). Quoted in Leslie Reagan, When Abortion Was a Crime.