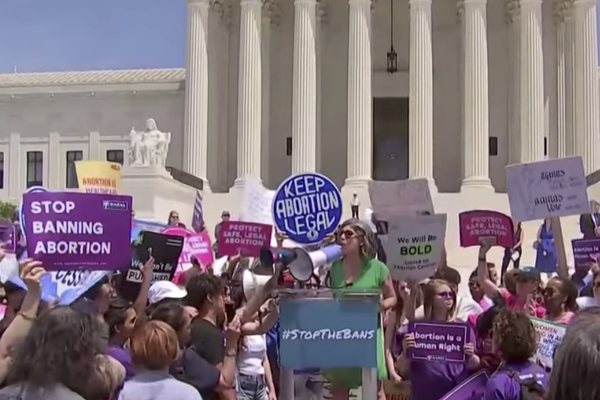 Neo-Confederate apologists have long claimed, with spurious reasoning, that the American Civil War was simply about “states’ rights,” and in one ironic sense they were arguably right. The war was precipitated by a violation of regional sovereignty – of northern states rights. Case in point: the afternoon of June 2nd 1854, Bostonians gathered along the harbor’s embankments to watch a ship bound southward. Onboard was a man named Anthony Burns, but for the captains of that ship and for those who owned it he was simply cargo to be returned to his “owners” in Virginia. A formerly enslaved man, now a Baptist minister, Burns had escaped from a Virginia plantation to the freedom which Massachusetts offered, only to find that with the 1850 passage of the Fugitive Slave Act the seemingly limitless and probing powers of the slave states had followed him to Beacon Hill’s environs, and that whether willingly or unwillingly the new law would implicate all of his white neighbors in the enforcement of that slavocracy’s laws.

According to the language of the Fugitive Slave Act, a New Yorker might dislike slavery, but if southern slave catchers did “summon and call to their aid the bystanders” witnessing a kidnapping, then it was required that the New Yorker must aid in that kidnapping. If a Vermonter or Rhode Islander found slavery distasteful, that was of no accounting if slave catchers were collecting a bounty in Montpellier or Providence, as all “citizens are hereby commanded to aid and assist in the prompt and efficient execution of this law, whenever their services may be required, as aforesaid.” As historian Jill Lepore writes in These Truths: A History of the United States, “Nothing so brutally exposed the fragility of freedom or the rapaciousness of slavery.”

History might not repeat exactly, but there are certain themes that can be detected throughout, and there’s something clarifying in identifying those correspondences. Slavery was, among other things, an issue of violating bodily autonomy; of the state enabling one section of the population to declare to another “You do not have sovereign right over your own body – I do.” If one of the consequences of the Fugitive Slave Act was that it enlisted the unwilling to aid the violator in that violation of another person’s bodily autonomy, then Georgia’s HB 481 bill passed by the state legislature and signed into law by Governor Brian Kempe last week does something similar. Under that draconian law, and allowing few exceptions, a woman who elects to have an abortion can be charged with “murder,” not to mention the possibility of criminal charges against women who’ve suffered a miscarriage. The possibility for such punishment does not end at Georgia’s borders.

Historian Mark Peterson explains in The City-State of Boston: The Rise and Fall of an Atlantic Power, 1630-1865, that the Fugitive Slave Act “demanded the active cooperation of every US citizen, on pain of severe punishment.” Harriet Jacobs, a formerly enslaved woman living in New York, noted that the passage of the law was the “beginning of a reign of terror” to African-Americans living free in the north. While certainly anyone who understands slavery knows that that is the nature of that evil institution, for the vast majority of northerners such an arrangement south of the Ohio River was of little concern to them. With the passage of the 1850 legislation, such willful ignorance could no longer be countenanced, for those who wished no part in slavery were now directly implicated in its practice in an indirect manner. Northerners could no longer pretend that slavery was simply a “regional issue;” the plantations which supposedly stopped at the Mason-Dixon Line had a federally invested power that allowed them to arrest formerly enslaved people not just in Georgia or Alabama, but in Pennsylvania and Massachusetts as well.

In a similar manner, both patient and doctor, whether that abortion was performed in New York, or Massachusetts, or California, could be theoretically charged with murder under Georgia law if that procedure involved a state resident. Mark Joseph Stern writes in Slate that if a “Georgia resident plans to travel elsewhere to obtain an abortion, she may be charged with conspiracy to commit murder… An individual who helps… or transports her to the clinic, may also be charged with conspiracy.” Antebellum northerners were content to pretend that bondage was simply a southern problem; in a north that may have found slavery unsavory, arrests such as those of Burns had a galvanizing effect. As the activist Amos Adams Lawrence would write, “We went to bed one night old-fashioned, conservative, compromise Union Whigs & waked up stark mad Abolitionists.”

Reactionary rhetoric excels at euphemism, obfuscation, and a cagey manipulation of language which is best described as its own form of “political correctness.” A nineteenth-century advocate for slavery could define a human being like Burns as “property;” today those who advocate forced birthing are the intellectual descendants of the pro-slavery faction, and they perform the inverse rhetorical maneuver, they define a zygote or fetus dependent on the life of the mother as being a “person.” Both rhetorical maneuvers depend on defining things as that which they are not, but the result is the same – to deny the bodily integrity, autonomy, and rights of a segment of the population. Certain obvious declarations must be made – a fetus is not a human being, an abortion is a medical procedure, and no woman should be compelled by the state to carry a pregnancy to term for any reason.

The so-called “Pro-Life” movement, it should also be said, is relatively modern, formed in reaction to Roe v. Wade and cleverly used as a political organizing tactic for the right. Theological arguments against abortion are thin and ahistorical – figures as varied as Thomas Aquinas and Maimonides acknowledged the occasional necessity of the procedure centuries ago – and scientific justifications against the procedure are non-existent. So strained and tortured has the conversation around abortion become that these truths are continually defended by those of us who are pro-choice, but as Rebecca Traister has written in The New Republic “the conversation around abortion has become… terribly warped.” A consequence of this warped conversation is the promulgation of outright lies, such as Donald Trump’s insistence that infanticide is practiced – a complete and utter fabrication.  Centrist Democrats have long ceded the rhetorical ground to the forced birthing movement, and the result has been the authoritarian legislation enacted this past week in not just Georgia, but Ohio, Alabama, and Missouri as well. In 1851, three years before Burns’ arrest, and Frederick Douglas said “I am sick and tired of arguing the slaveholders’ side;” in a similar vein Traister writes “Let’s just say it: Women matter more than fetuses do.”

Because what the new legislation in Georgia, Missouri, Ohio, and especially Alabama threatens isn’t just a return to a pre-Roe world, it’s to establish horrifically authoritarian new laws which would serve to redefine a woman’s medical decisions as the exclusive purview of the state, and which furthermore establish women and their bodies as the effective property of the state. While some rank-and-file Republican voters are perhaps motivated by conviction that could be called “pro-life” (even while such sentiments rarely extend to empathy beyond the life of the fetus), let there be no doubt about what legislators hope to accomplish with this and related legislation. In Alabama, exception is made for embryos that are destroyed as part of IVF procedures, with a state senator explaining “The egg in the lab doesn’t apply. It’s not in a woman. She’s not pregnant.” Anti-abortion legislation is not “pro-life,” it’s about one thing – policing women’s decisions, imprisoning women (and their doctors), and disenfranchising women. Conservative pundit Andrew Sullivan, who is personally opposed to abortion but is politically pro-choice, astutely observes that this new legislation “is not about human life. It’s about controlling women’s bodies.”

As the Fugitive Slave Act was motivated by an inhuman racism, so are these new laws mandating forced pregnancy defined by hideous misogyny. They situate human beings and their bodily rights in relationship to the state rather than the individual, and they unequally define certain segments of society – whether African-Americans and women – as not fully deserving those rights which are actually the common treasury of humanity. Furthermore, the legislation of the slavocracy and the forced birthers alike implicate us in their noxious and anti-human designs. There are signs of hope however – this weekend Senator Elizabeth Warren unveiled concrete legislative and policy proposals as part of her presidential campaign which would nationally protect abortion rights.

In the nineteenth-century a majority of southerners, including both enslaved African-Americans and poor whites, had no say in the political process. Today, the voters of Georgia are similarly disenfranchised, as Kemp questionably became governor after he supposedly defeated the progressive Democrat candidate Stacey Abrams. Those of us in blue states have no cause to simply demonize some mythic “South;” that’s to play on the terms of the Neo-Confederates who govern in many of those states. During the Civil War the Confederates slurred a multitude of pro-Union southerners as “Scalawags.” Such women and men who supported abolition and reconstruction in the midst of the slavocracy were courageous, and when it comes to reproductive freedom their descendants are still operating in places like Georgia and Alabama. In addition to national organizations like the ACLU and Planned Parenthood, there are groups like Access Reproductive Care – Southeast, Alabama’s Yellowhammer Fund, and Ohio’s Women Have Options, among dozens of other groups. Like Amos Andrew Lawrence, if liberals in blue states haven’t woken up already, it’s time we became “stark mad Abolitionists” in the case of reproductive rights, which are women’s rights, which are human rights.