Quincy D. Newell is Associate Professor of Religious Studies at Hamilton College and the author, most recently, of Your Sister in the Gospel: The Life of Jane Manning James, a Nineteenth-Century Black Mormon, published by Oxford University Press in May 2019. 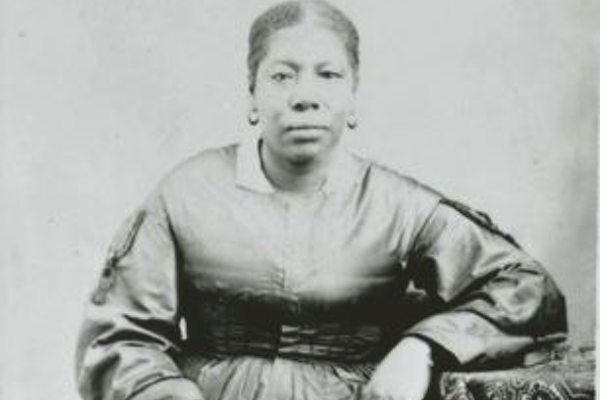 The Church of Jesus Christ of Latter-day Saints (the LDS, or Mormon, Church) has long faced criticism for its treatment of its black members.  For over a century, men of African descent were not allowed to hold the LDS priesthood, even though that office was conferred on virtually all other male members of the church.  As a corollary, black men and women were not allowed to perform the temple ceremonies that Latter-day Saints considered crucial for reaching the highest degree of exaltation in the afterlife.  In June 1978, LDS Church leaders announced a revelation that ended these race-based restrictions.

Understandably, much of the discussion about race in the LDS Church centers on this history of exclusion and the ultimate reversal of the church’s discriminatory policies.  Yet despite its history of racial discrimination, African Americans have been members of the LDS Church since its beginning. How these Mormons navigated life in the church before the 1978 revelation is far more rarely discussed.  Jane Elizabeth Manning James, a free black woman who converted to Mormonism in the early 1840s, provides a little-known vantage point from which to tell a story of Mormonism that takes the church’s racial history into account. A relatively small number of African Americans joined the Latter-day Saints during James’s lifetime, and even fewer made the treks to Nauvoo, Illinois and to Utah’s Salt Lake Valley. Tracing Jane James’s story reveals some of the less-frequently trodden paths sometimes open to nineteenth-century African American women and men and reveals how African American Mormons constructed rich, satisfying religious lives despite the LDS Church’s discriminatory policies.

Jane Elizabeth Manning was born in Wilton, Connecticut in the early 1820s.  Her mother had grown up in slavery, but was emancipated before Jane was born. Her father died when she was a young girl, and Manning then went to work for a wealthy, elderly white couple in New Canaan, Connecticut, about six miles from her family’s home. She joined the New Canaan Congregational Church in 1841, but converted to Mormonism a short time later when she heard an LDS missionary preach, and she seems to have brought the rest of her family into the church as well.

In 1843, the Manning family joined an interracial group of converts from southwest Connecticut and headed to Nauvoo, Illinois, where the church was then based.  Jane James later remembered that when they got to Buffalo, New York, the black members of the group were refused passage on the boat that was to take them to Cleveland.  Instead, they walked the seven hundred and twenty-eight miles to Nauvoo. When they got there, Jane Manning worked as a servant in the home of Joseph Smith, the religion’s founder; when he was killed in 1844, she went to work for Brigham Young, Smith’s successor.  She married Isaac James, another black convert, and they moved to Utah with the church. They were in one of the first companies to reach the Salt Lake Valley in 1847.

Jane James lived in Salt Lake for the rest of her life.  She was active in the LDS church and spent a great deal of energy requesting permission to perform the temple ceremonies that she believed were necessary for her salvation and that of her family, but because she was black, her temple access was restricted.  She could be—and was—baptized for her dead family members, one of the three main rituals performed in temples.  But the other two rituals were closed to her: she was not allowed to receive her endowment—the LDS language for participating in the initiation ceremony that all Latter-day Saints are supposed to perform—and she was not allowed to carry out sealing rituals.  Latter-day Saints believe that temple sealings—marriages and adoptions—create family relationships that last for eternity.  According to LDS theology, without these ceremonies, James’s connections to her family members were severed when she died in 1908 and she was unable to reach the highest degree of glory in the afterlife.

Because the temple was mostly unavailable to her and her family, James constructed her religious identity, at least in part, around direct encounters with the divine and through the sense that flowed from these encounters that God was on her side.  James had experiences like this throughout her life. Supernatural healings were one form in which Jane interacted with the divine.  For example, in 1896, James told a gathering of LDS women about healing herself. The secretary who reported on the meeting put it this way: “Sister Jane James bore a faithful testimony and said she had been terribly afflicted in her head, and she took her consecrated oil and anointed herself and she was healed.  Felt that that was faith, and praised the Lord for her blessings.”

James also received visions from the Holy Spirit.  The most dramatic episode was her experience of doing the Smith family’s laundry shortly after being hired as a domestic servant in Nauvoo. “Among the clothes I found brother Joseph’s Robes,” James recalled in her autobiography. “I looked at them and wondered, I had never seen any before, and I pondered over them and thought about them so earnestly that the spirit made manifest to me that they pertained to the new name that is given the saints that the world knows not of.  I didn’t know when I washed them or when I put them out to dry.”  The “new name” that James mentioned was a reference to the temple endowment ritual, suggesting that although temple ceremonies were supposed to be secret, she received information about them directly from God.

Perhaps the most frequent charismatic experience in James’s life was speaking in tongues, a practice that was very familiar to early Mormons.  James’s first recorded instance of speaking in tongues was shortly after her conversion.  In her autobiography, James recalled, “About three weeks after [baptism] while kneeling at prayer the Gift of Tongues came upon me, and frightened the whole family who were in the next room.”  For James, this experience confirmed her decision to join the LDS Church.  Apart from this first one, James’s recorded experiences of speaking in tongues occurred in social settings where their value in encouraging and comforting the Saints was clear.

In seeking and valuing charismatic experiences like these, James was very similar to many members of the LDS Church she joined in the 1840s.  James’s encounters with the divine allowed her to fit in with other early Mormons and to construct a religious identity that affirmed the proposition that God interacted actively with humans in ways that echoed Joseph Smith’s own experiences.  But although she found validation for her religious experiences in the LDS Church, racism still constrained James’s religious life: what blackness meant, theologically, socially, and politically, was a moving target during James’s lifetime. Attending to Jane James’s religious experience in the LDS Church helps us see that questions of race vexed the institution and its members throughout the nineteenth century and beyond.

For more on Jane Manning James and African Americans in the LDS Church, check out Dr. Newell's book: 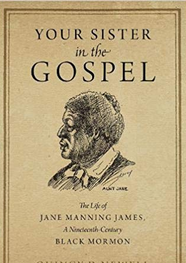