Government Shutdowns Illustrate the Pragmatism of the Founding Fathers

Dale Schlundt holds a Graduate Degree in Adult Education with a concentration in History from the University of Texas at San Antonio. Dale has taught at Northwest Vista College, Our Lady of the Lake University. He is currently a faculty member at Palo Alto College and co-chair for the Texas Regional Alignment Network. 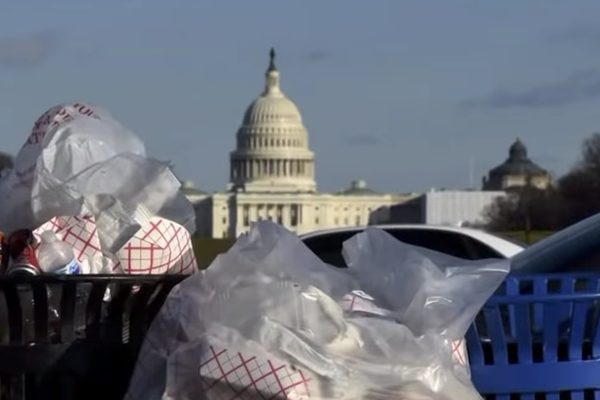 Government shutdowns, while never preferable, provide an opportunity to examine the framework of the United States. Of course, no one applauds a context where disagreements are so profound that the government can no longer function. Yet, it also exemplifies the success of our Republic. Allow me to explain this seemingly counterintuitive statement.

Our founding fathers were aware of how easily corruption and influences contrary to the public good may infiltrate the mindset of any representative. “If men were angels, no government would be necessary. If angels were to govern men, neither external nor internal controls on government would be necessary,” wrote James Madison in Federalist 51. “In framing a government which is to be administered by men over men, the great difficulty lies in this: you must first enable the government to control the governed; and in the next place oblige it to control itself.” Lobbyists, special interest groups, donors, political factions, and those who wield astounding influence often detract from interests of both the minority as well as the majority at times.

There was mindfulness of that human fallibility during the period of the Constitutional Convention and ratification. One should consider their perception that the War for Independence was due to a corrupt government. Concentrated power leads to words prevalent in the Revolutionary Era rhetoric, such as despotism, corruption, and tyranny.

As a result, the founders distributed power within the Constitution to more fully represent those who otherwise might lack a voice. They did so in several ways, one being the creation of the three branches and their distinct roles. Defending the Constitution’s framework and degree of the separation of branches, Madison noted in Federalist 47, “The accumulation of all powers, legislative, executive, and judiciary, in the same hands, whether of one, a few, or many, and whether hereditary, self-appointed, or elective, may justly be pronounced the very definition of tyranny.”

The founders placed a significant emphasis on the role of the legislative branch and their pragmatism is why two different houses were created in Congress, along with an executive and judicial branch. Federalist 51also explained the need for the legislature to check its own power and how it would do so. “The remedy for this inconveniency is to divide the legislature into different branches; and to render them, by different modes of election and different principles of action, as little connected with each other as the nature of their common functions and their common dependence on the society will admit.”

The Convention made all parts of government independent as well as dependent on one another. The effect is that power is diluted, resulting in a greater probability that a plurality, both within the federal government and those constituents outside of it, will be influential.

One must remain cognizant that government workers are impacted by this less than desirable effect of our revered system. Government shutdowns were obviously not the intent of the founders, but rather for those serving to compromise, just as the Constitution itself was a compromise. Nevertheless, temporary stalemates in some form have always been inherent in such a framework, as any new legislation requires collaboration and concessions where there is a separation of powers.

Independence in our branches offers the ability to dissent and propose diverse courses of action, which in turn reinforces our democratic ideals. That ideological and legal framework of the late 18thcentury still endures. The irony is that while we feel elements of failure and despair during a shutdown, it is also illustration of the fundamental brilliance of our Republic.