Dr. Joe Renouard teaches history and diplomacy at the Johns Hopkins University School of Advanced International Studies (SAIS) in Nanjing, China. His latest book is Human Rights in American Foreign Policy: From the 1960s to the Soviet Collapse (Penn Press). His work has also appeared in The National Interest,The Diplomat,The Los Angeles Times, and American Diplomacy. 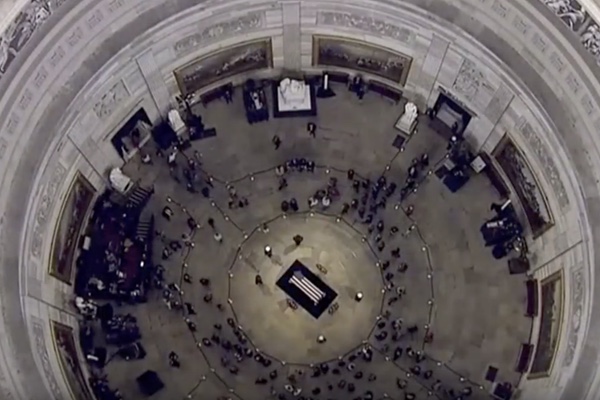 George H. W. Bush had a hard time winning over the American public. Republicans rejected him in favor of Ronald Reagan in 1980, and he received only 37% of the vote in his 1992 reelection bid. After serving as Reagan’s vice president for eight years and winning the presidency in his own right in 1988, he labored to get out from under the shadow of his more popular predecessor. Early assessments of Bush’s presidency were none too flattering, many citing his lack of legislative accomplishments, his lukewarm advocacy of Reagan’s populist conservatism, his “no new taxes” volte-face, and his inability to reach Middle American voters. Perhaps most important of all, his reelection loss gave his presidency what James Fallows has called the “one-term loser” asterisk that denies its bearer the appellation of greatness. 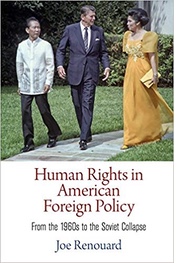 Yet a close look at the foreign policy record of the 41st president, who has passed away at the age of 94, reveals a careful strategist whose broadly managerial view of world affairs fostered many successes. Bush came to office with a respectable foreign policy résumé. His experiences as a decorated Navy pilot in the Second World War, congressman, UN ambassador, CIA director, and China liaison educated him in the fragility of the social order and the importance of hard-won compromises. Indeed, if we could characterize his global outlook in one word, it might very well be “caution” – a posture captured in Saturday Night Live performer Dana Carvey’s dead-on impression of his favorite Bush tagline: “It wouldn’t be prudent.” In policy terms, Bush was a staunch free-market advocate and political moderate who combined the pragmatism of Dwight Eisenhower with the guarded realism of George Kennan.

We should perhaps feel fortunate, then, that it was Bush who presided over the tectonic shift in the global order that took place in 1989-91 and who faced a daunting set of challenges that included the end of communism in Eastern Europe, the dissolution of the Soviet Union, violent ethnic struggles in the Balkans and the Caucasus, Iraq’s invasion of Kuwait, and social unrest in China. As the eminent political scientist Joseph S. Nye, Jr., has noted, “If any of the balls that Bush was juggling had been dropped, the consequences could have been disastrous for the world and for the consolidation of American primacy.”

Future historians will likely point to two crowning achievements. The first was Bush’s steady hand in helping guide the Cold War to a peaceful conclusion. Although popular memory of the era gives Reagan an inordinate amount of credit for communism’s demise, the dramatic events of 1989-91 happened on Bush’s watch. And while Bush did not create the conditions that weakened the governments of Eastern Europe, he was left with the arduous task of managing their transitions and containing the potentially explosive direction of European events.

Given the luxury of hindsight, it is easy to underestimate Eastern Europe’s fragility in that era and the possibility that the Soviet Union would devolve into civil war. Bush and his advisors well understood that the paths of history are littered with the corpses of unsuccessful reform movements. (As national security advisor Brent Scowcroft noted, “Dying empires rarely go out peacefully.”) Bush’s team wisely refused to stoke the separatist nationalism of the Warsaw Pact states and the Soviet republics, and except for some notable incidents in the Baltic republics and the Caucasus, they and their European counterparts avoided widespread violence in the U.S.S.R.

As the scholar Serhii Plokhy has shown, Bush cast his lot with Soviet leader Mikhail Gorbachev as a means of ensuring a peaceful, stable regional order. In working closely with the Soviet leadership, Bush hoped to manage the fast-moving changes of this region and steer them in a productive direction. His tough lobbying alongside his European partners convinced the Soviets to accept a unified Germany as a NATO member, an achievement that the historian Timothy Naftali has called “one of the greatest U.S. foreign policy accomplishments of the second half of the twentieth century.” The peace dividend was clear. As John Meacham pointed out in his political biography of Bush, “Before his White House years, a nuclear Armageddon between America and the Soviet Union was always a possibility; afterward it was unthinkable.”

The decline and fall of European communism allowed for breakthroughs elsewhere. In Central America, his administration capitalized on weakening Cuban and Soviet commitments and pressed for a democratic transition in Nicaragua and an end to El Salvador’s brutal civil war. And although some criticized Bush’s 1991 decision to lift sanctions against South Africa (his advisers argued that Pretoria had met the terms of the sanctions), it was clear that the South African people had embarked on a path toward ending apartheid.

Bush’s second great achievement was his decision notto invade and occupy Saddam Hussein’s Iraq during the 1991 Gulf War. As the U.S. assembled an international coalition and geared up for its first ground war since Vietnam, the public debate showed that Americans were still sensitive about the use of military force. Some saw the fight as unnecessary or doomed to fail, but the war was brief, and it met its objective of ejecting the Iraqis without a costly, long-term occupation.

When Bush halted American troops at the Iraqi border, hawkish voices questioned his strategic acumen. He offered a post-bellum justification in his 1998 book, A World Transformed: “Trying to eliminate Saddam, extending the ground war into an occupation of Iraq, would have violated our guideline about not changing objectives in midstream, engaging in ‘mission creep,’ and would have incurred incalculable human and political costs. . . . We would have been forced to occupy Baghdad and, in effect, rule Iraq.” Given what Americans and the world learned during the later Iraq War (2003-2011), Bush’s earlier prudence seems painfully prescient.

On some occasions, Bush’s caution prevented bold maneuvers and wider breakthroughs. His administration encouraged Shiite and Kurdish uprisings in Iraq, but his limited war strategy did not envisage American support for these rebellions, which were subsequently crushed. In response to the outbreak of war in Yugoslavia, he ceded the initiative to European leaders, who were unable to negotiate a peace. Moreover, Bush’s managerial ethos fostered something of a creativity deficit, and he was not a great communicator. His keen insights were often overshadowed by his awkward delivery – a shortcoming made even more glaring by his tenure between two gifted orators: Reagan and Bill Clinton. Although his vision of a “new world order” was a sincere attempt to articulate a post-Cold War order of collective security, its formulation was vague.

Elsewhere, his desire to appear decisive prompted bold strokes disproportionate to the threats involved. In December 1989, he sent 27,000 U.S. troops into Panama, ostensibly to restore democratic rule and to apprehend the increasingly dictatorial Manuel Noriega. The operation clearly violated Panamanian sovereignty, while it also severely damaged the El Chorillo section of Panama City and led to the deaths of several hundred Panamanians and twenty-three Americans. Most Americans supported the action, and there is evidence that certain sectors of Panama did as well. But for many observers, the invasion was far out of proportion to the strategic importance of both Noriega and Panama.

On a more constructive note, Bush was a passionate advocate for free-market economics and parliamentary democracy. In May 1989, shortly before the crackdown at Tiananmen Square and the free elections in Hungary and Poland, he laid out his vision for the new world and America’s place in it: “What is it that we want to see? It is a growing community of democracies anchoring international peace and stability, and a dynamic free-market system generating prosperity and progress on a global scale. The economic foundation of this new era is the proven success of the free market, and nurturing that foundation are the values rooted in freedom and democracy. Our country, America, was founded on these values, and they gave us the confidence that flows from strength.”

Unfortunately for Bush, his foreign policy successes did not translate into long-term political capital. He lost his 1992 reelection bid to Bill Clinton due in large measure to the economic recession and the third-party candidacy of Ross Perot. Another factor was what his former chief of staff John H. Sununu called the Churchill Effect: that is, once a great foreign policy burden is lifted from a nation’s shoulders, the national agenda shifts to domestic priorities. Although Bush had the bad luck to experience his lowest approval ratings in the run-up to the election, his popularity later rebounded, and the polls showed that he was never unpopular as an ex-president. George H. W. Bush may have served only one term, but he is likely to be remembered as one of America’s most quietly accomplished foreign policy presidents.