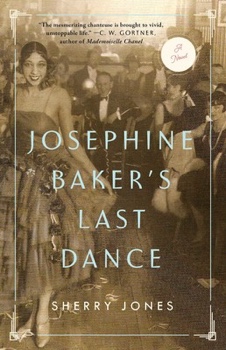 The year before the Nazis invaded Paris, in 1939, the most famous woman in Europe received a visitor who would change her life’s course forever.

Jacques Abtey, a captain in the Deuxième Bureau, the French intelligence agency, entered Josephine Baker’s castle on the Dordogne River begrudgingly, skeptical of her offer to work as a spy against Nazi Germany. Would she be another Mata Hari, the femme fatale charged with acting as a double agent and betraying France during the Great War?

“France made me what I am today.” She sat erect, babbling now, but who cared? She would talk all night if that was what it took. “And did I not become the cherished child of the Parisians? They gave me everything, especially their hearts.” She thumped her chest with her fist and pressed it against her own wild, twisting heart. “I am ready, Captain, to give my life to France. You may dispose of me as you wish.”

The 20th century icon Josephine Baker was so much more than a sex symbol who danced in a skirt made of bananas. Yes, she took Paris by storm in 1925 with her “Savage Dance”—performed in little more than a strategically-placed feather—and went on to increase her fame with the infamous banana skirt which, legend has it, she designed as a joke for her first revue at the Folies-Bergère.

She also became, over the next twenty years: a chanteuse, or stage singer, and international star; the first black woman to star in a feature film and to headline in New York’s Ziegfeld Follies; a recording artist; an opera diva, and – the detail that most surprises and fascinates people—a spy for the French Resistance during World War II.

Risking her life for freedom

According to some accounts, Baker joined the Maquis, a group of guerilla freedom fighters who reportedly trained her to shoot in the sewers under Paris. (She could snuff a candle at twenty yards, it is said.) But her primary roles were those of a seductress who enticed diplomats and generals to confide in her, and an envoy who carried concealed notes to Gen. Charles de Gaulle’s agents in Lisbon.

She’d write the information on her sheet music in invisible ink, or on pieces of paper pinned to her underwear, or along the insides of her arms, and carry it across borders under the auspices of touring—with Capt. Abtey by her side, posing as her theatrical agent.

Some who knew warned her that she risked her life with these activities, but Josephine only laughed. “Who would dare strip-search Josephine Baker?” she scoffed. She was right: the border patrols fawned over her, asking only for her autograph.

She lived in constant danger. She was nearly arrested several times, including when Nazis came to her castle for an impromptu search. She charmed them with her flirtatious chatter, making them forget all about the basement where several members of the Resistance were hiding.

Had she been caught, the penalty would certainly have been imprisonment in a concentration camp, or worse. But as a black woman and a Jew (she’d converted to Judaism when she married her third husband), Josephine knew that she’d be in greater danger if she remained in Paris.

Although she held dual French and American citizenship, returning to the racist United States was not an option. She’d run from injustice before when, at 19, she’d experienced racial equality for the first time in Paris, and opted to stay. Now she aimed to fight—and for these labors of love, she never earned a dime.

In addition to her work as a spy, Baker volunteered for the Red Cross as a nurse and as a pilot, delivering supplies in her private plane. She entertained French and Allied troops on the Maginot Line; in Morocco (while still recovering from a deathly illness), and throughout Europe.

For her heroism, the French military awarded her with the Croix de Chevalier de la Légion du Honneurand the Croix de Guerre. De Gaulle presented her with the gold Croix de Lorraine, her most prized possession—which she later sold at auction to raise money for the Resistance.