“The First Black Feminist-Abolitionist in America”

Jeff Biggers is an award-winning historian, journalist, and playwright. He is the author of several books, including The United States of Appalachia, State Out of the Union, and Reckoning at Eagle Creek, winner of the Delta Prize for Literature and David Brower Award for environmental reporting. His last book, The Trials of a Scold, was long-listed for the PEN/Jacqueline Bograd Weld Award for Biography. He is the founder of the Climate Narrative Project, an arts and advocacy initiative for schools and communities. His latest book is Resistance: Reclaiming an American Tradition, from which this article was adapted. 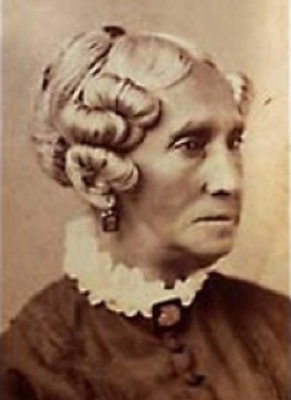 Nearly two centuries before Rep.-elect Ayanna Pressley became Massachusetts’ first black woman elected to the U.S Congress in November, Maria Stewart took the stage of Franklin Hall in Boston in 1833. The mixed crowd shifted in disapproval; the older men had already expressed their scorn at her reproach. Yet, the main objection might have come from the elite circle of other women who found this extraordinary African American woman stretched too far beyond the bounds of accepted true womanhood.

"What if I am a woman?” Stewart declared. 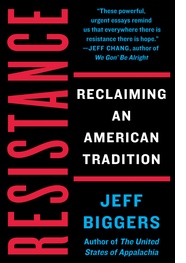 The last two years had generated intense scrutiny of the African American speaker—a compelling writer of resistance in Boston. Self- educated, financially stable, Stewart was the widow of a shipping agent who had thrived on the entrepreneurial genius of black sailors on the seas. Everyone knew Paul Cuffe, the famous colonial tax resister and one of the richest black men in Massachusetts’s ports, had built a fortune as a whaler before his departure for Sierra Leone’s colonial experiment. He would even inspire the Ahab character in Melville’s Moby Dick.

But Stewart was no fictional character. Abolitionist readers of the Liberator had turned to the “Ladies Department” for the past year for Stewart’s essays. It had become the most radical page. The ease with which she had entered the hall, as if black women could determine their entrance and exit in a world controlled by white men, had brought her words beyond the page to the public in a way few other black women had dared.

“Is not the God of ancient times the God of these modern days?” Stewart continued. “Did he not raise up Deborah, to be a mother, and a judge in Israel? Did not Queen Ester save the lives of the Jews? And Mary Magdalene first declare the resurrection of Christ from the dead?”

Inspired by fellow Bostonian transplant David Walker, the son of enslaved parents from the Carolinas, Stewart shared the call for immediate abolition—at any costs. Walker’s Appeal, a pamphlet in the tradition of Paine with its own preamble, had riveted the black community with its harbinger of insurrection; it blasted the rhetorical deceit of Thomas Jefferson, only three years dead; it mocked Jefferson’s hypocritical paeans to Roman slaves—as damning the progress of African Americans for centuries, forever “removed beyond the reach of mixture.”

Circulated among underground networks, including black sailors who subversively stacked it among the packages of contraband along the seaboard ports, the Appeal was “read and re-read until their words were stamped in letters of fire upon our soul,” according to one black abolitionist leader in New England.

And while the Appeal thrust the Liberator into a more radical direction, shaming its white abolitionist editor’s privilege of passive resistance, it cast the armed resistance into the hands of men only. Stewart, on the other hand, according to historian Christina Henderson, did not just envision women at the head of the anti-slavery vanguard—she stood there herself.

“Methinks I heard a spiritual interrogation,” Stewart countered. “Who shall go forward, and take off the reproach that is cast upon the people of color? Shall it be a woman? And my heart made this reply—If it is thy will, be even so, Lord Jesus.”

Deeply Christian, and a deeply Christian moralist, Stewart’s lean into black self-improvement had cast aspersions as much as inspiration on her own free community; she shared Walker’s disillusion with the “disunited, as the colored people are now,” blaming internal conflicts and infighting as obstacles to any liberation. “Had experience more plainly shown me that it was the nature of man to crush his fellow, I should not have thought it so hard,” she lamented. “Wherefore, my respected friends, let us no longer talk of prejudice, till prejudice becomes extinct at home. Let us no longer talk of opposition, till we cease to oppose our own.”

In an attack on the elite black Masons, she had called out the obstacles hindering social progress as self-inflicted. Her words could be blunt, sharpening the edges of her detractors, especially among men. “Is it blindness of mind, or stupidity of soul, or the want of education, that has caused our men who are 60 to 70 years of age, never to let their voice be heard, nor their hands be raised in behalf of their color?”

At the same time, she held her white liberal women friends accountable for their low ceiling of aspirations for women of color. Why did their businesses not hire African American girls, beyond calls of domestic servitude?

Let our girls possess what amiable qualities of soul they may; let their characters be fair and spotless as innocence itself; let their natural taste and ingenuity be what they may; it is impossible for scarce an individual of them to rise above the condition of servants.

Stewart called out this back side of white supremacy in the resistance: “Like King Solomon, who put neither nail nor hammer to the temple, yet received the praise; so also have the white Americans gained themselves a name, like the names of the great men that are in the earth, while in reality we have been their principal foundation and support. We have pursued the shadow, they have obtained the substance; we have performed the labor, they have received the profits; we have planted the vines, they have eaten the fruits of them.”

A decade before nationally known Black nationalist Martin Delany or famous abolitionist Frederick Douglass would command the same stage, Stewart methodically embraced her role as a writer of the resistance, publishing essays—not sermons—and performing them in counterspaces that had been reserved for white versions of abolition. “The first Black feminist-abolitionist in America,” historian William Andrews has hailed her.

“O woman, woman! upon you I call,” Stewart appealed, “for upon your exertions almost depends whether the rising generation shall be anything more than we have or not. “

Still negotiating the limits of “true womanhood” of the period, she extolled women to first “possess the spirit of independence . . . the spirit of men, bold, enterprising, fearless and undaunted.” In her footsteps, women had to take the next move as resisters of an unwarranted prejudice: “Sue for your rights and privileges. Know the reason that you cannot attain them. Weary them with your importunities.”

Violence was inevitable, as part of an unrelenting weariness, as if she couldn’t share the privilege of nonviolence. Stewart declared she would be “a willing martyr” for the African American cause: “I can but die for expressing my sentiments: and I am as willing to die by the sword as the pestilence.”

Not as apocalyptic as Walker, Stewart reframed the resistance against slavery as part of a historical tradition of triumph:

Look at the suffering Greeks! Their proud souls revolted at the idea of serving a tyrannical nation, who were no better than themselves, and perhaps not so good. They made a mighty effort and arose: their souls were knit together in the holy bonds of love and union: they were united and came off victorious. Look at the French in the late revolution! no traitors amongst them, to expose their plans to the crowned heads of Europe! “Liberty or Death!” was their cry. And the Haytians, though they have not been acknowledged yet as a nation, yet their firmness of character and independence of spirit have been greatly admired, and highly applauded. Look at the Poles, a feeble people! They rose against three hundred thousand mighty men of Russia; and though they did not gain the conquest, yet they obtained name of gallant Poles.

After 1833, Stewart never took the stage again; her essays were sparse. She moved to New York City, and then Washington, DC, taking her resistance into schools as a teacher.

The resistance movement against slavery never looked back.