The Founders Would Not Recognize Originalism—Why Should We? 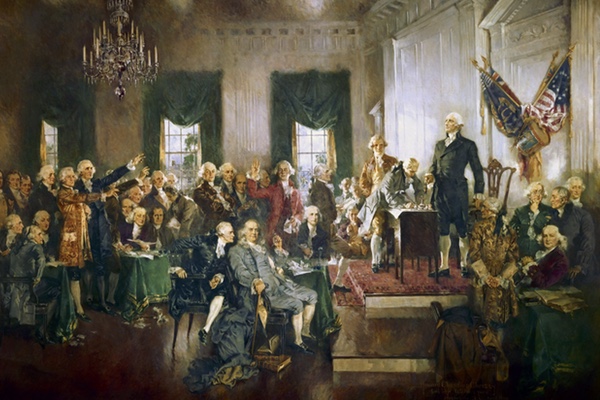 With the retirement of Justice Anthony Kennedy, conservative pundits have begun to urge President Trump to nominate an originalist to the Supreme Court. Ben Shapiro, the editor in chief at the Daily Wire, has written that the president should only consider a constitutional originalist who will rid the country of such horrible judicial decisions as Roe V. Wade, and the Robert’s Court’s decisions on the affordable care act and same-sex marriage. “None of these decisions were remotely justifiable under the text of the Constitution,” according to Shapiro. “It is better to have a vacancy until next year than to fill the seat with a weak nominee who will betray…the Constitution,” three conservative organizations recently wrote to the President. Or this from the National Review: “The Founders created an ingenious system of government. We should give it a try.” The position of modern day conservatives might lead the unwitting to conclude that liberals were absent during our founding, which would come as surprise to men like Thomas Paine and Thomas Jefferson. Or that the rights that should be accorded to every person, including women and minorities, has not evolved since our nation’s founding, when slavery existed. 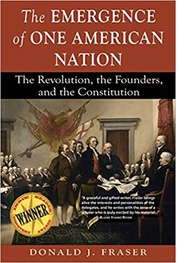 So what is originalism? It is the idea that “the Constitution should be interpreted in accordance with its original meaning—that is the meaning at the time of its enactment,” according to the Center for the Study of Originalism at the University of San Diego. The most famous originalist was Antonin Scalia, and Republican presidential candidates, along with our current president, have bowed their knee to the now deceased Supreme Court justice. It’s a recent concept, having first been used in legal periodicals in 1983, according to Lawrence B. Solum of Georgetown Law School, although the term “original meaning” may date back to the 1938. Mr. Shapiro and other conservatives may be surprised that there are liberal originalists, like Akhil Reed Amar, who is a law professor at Yale, and Jack M. Balkin, also of Yale Law School, who merge together both originalism and the idea of the Constitution as a living document whose meaning evolves over time. The views of liberal originalists lead to conclusions starkly at odds with conservatives like Shapiro and Scalia, conclusions that support the very cases that these men find so offensive.

What do historians make of originalism? Jack Rakove, the Stanford historian and one of the foremost experts on the revolutionary era, argues that there wasn’t just one meaning of the Constitution at the time it was written and then ratified, but rather the founders had disagreements among themselves over its meaning. He points to the great Chief Justice of the Supreme Court, John Marshall, who wrote that “historians can never forget that it is a debate they are interpreting.” The inability to recognize the extent to which the Founding Fathers argued among themselves is a major flaw in the conservative case for originalism since it is dependent on the theory that people in the 18th century shared a common interpretation of the Constitution. In fact, they did not, as one of the earliest debates over the meaning of the Constitution shows.

In the aftermath of the ratification of the Constitution, newly elected President George Washington selected Alexander Hamilton to serve as his Treasury Secretary. Both men had attended the Constitutional Convention in Philadelphia in the summer of 1787 and as such, were part of the group known as the Framers. In December of 1790, Alexander Hamilton submitted his second report on the public credit, which proposed the creation of the first Bank of the United States, generally modelled after the Bank of England. The bank was designed to achieve stability in the American economy which was in tatters due to the weakness of the federal government under the Articles of Confederation during the Revolutionary War. The Bank represented one of the first public-private partnerships in America, chartered by the federal government with total capital of $10 million. Of this total, $2 million would come from the federal government, and the balance from private investors who could use their holding of newly issued debt to make their investment.

The Treasury Secretary’s goals in establishing the Bank were multi-faceted. First, it would serve as the paying agent for federal debt. Second, it would serve as a source of a stable money supply in an “economy traditionally short of specie.” It would also be a source of lending to larger commercial enterprises.

Along with other parts of Hamilton’s plan, which included the restructuring of the substantial debts of both the federal and state government that was inherited from the war, his proposal for a Bank generated a firestorm of protest, most vociferously from James Madison. Madison, of course, had also attended the Constitutional Convention, and it was largely his framework that had been used to create the new federal government, which has led him to be referred to as the Father of the Constitution. Madison thought that Hamilton’s Bank was unconstitutional because Congress had no power to charter a bank, given that no such power was enumerated in the document. He believed it would “strike at the very essence of the Govt. as composed of limited & enumerated powers.”

Washington was confronted with a major dilemma, with two of his primary advisors now at odds. The President’s mindset was that such divisions were dangerous in a republic. Hoping to find an answer, he asked Jefferson, his Secretary of State, and Edmund Randolph, the Attorney General, to provide their opinion on the constitutionality of the Bank. Both sided with Madison, in what has become known as the strict constructionist view.

Unlike today, when it is the conservative side that links together originalism with a strictly limited reading of the Constitution, in the 1790’s the liberal side held that view. Washington provided Jefferson’s opinion to Hamilton, who put forward what one of his biographers has called “the most brilliant argument for a broad interpretation of the Constitution in American political literature.” Hamilton posited that the necessary and proper clause gave Congress the means to carry out all of its ends, even if the specific power was not listed in the document. The government had the “right to employ all the means requisite, and fairly applicable to the ends of such power; and which are not precluded by restrictions & exceptions specified in the constitution.” In the 1790’s, it was the conservative side which supported a broad construction of the Constitution, unlike today. I suspect that if today’s conservatives were to read Hamilton’s defense of the Bank without knowing his authorship, they would likely conclude that the author was not an originalist.

Ultimately, Washington sided with Hamilton and signed the Bank bill. Madison would later change his mind and in the aftermath of the War of 1812, he would both propose and then sign a bill that created the Second Bank of the United States, modeled on Hamilton’s original Bank. Madison believed that precedent had settled the matter, but he also learned the importance of a national bank when the country almost bankrupted itself during the war.

Journalist and author E.J. Dionne once observed that we are a nation conceived in argument. None of these were more important than the meaning attached to the Constitution, which played such a central role in creating our sense of nationhood. I would caution my conservative friends from trying to hijack the meaning of the Constitution for their own ends by playing the trump card (no pun intended), that the founders were all in agreement with modern right-wing politics. How could this be true when they didn’t even agree among themselves about how to interpret the Constitution? Instead, lets debate the issues of our day so the American people can make an informed choice without resorting to historically dubious claims.