East Europeans Who Lived Under Communism Know All About Fake News

Vlad B. Jecan (@vbjecan) holds a Ph.D. in Political Science. He teaches at the University of Georgia at Athens, GA, and is an associate expert at Davastrat 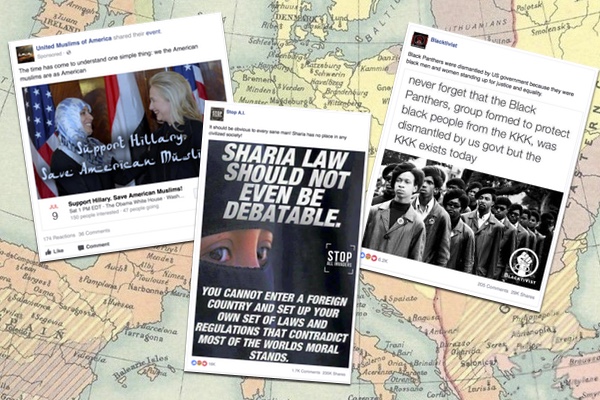 The proposal of Senator Angus King (I-ME) during the recent Senate Intelligence Committee hearing on Google, Facebook, and Twitter bears some weight. Mr. King suggested that Eastern Europe has developed a natural barrier to block propaganda and that Americans should learn from their experience. Indeed, what “fake news” is for the U.S. is “old news” in Eastern Europe. While obviously not immune, in the past century the former communist countries found ways to read (and write) between the lines.

For, you see, simple patterns of distorted or conveniently appropriated truths reveal themselves easily. Patterns that the world found in dystopian novels or in the examples of communist narratives of enforced utopianism aptly explained by Aleksandr Sozhenitsyn and others. These patterns were daily experiences, often tragic, for local intellectuals.

For example, some years ago I read a great work on Romanian military history, specifically about the campaigns of Stefan cel Mare (Stephen the Great), voivode of Moldavia from 1457 to 1504. Published in 1959 by the official press of the Armed Forces of the People’s Republic of Romania, the reading required a bit of intellectual caution and occasional exaggerated hermeneutics.

The opening pages were reserved for the usual ideological parlance: the victory of the proletariat, the courage of peasant troops against invading armies, and that sort of thing. The proletariat was the bulk, the center, the nerve system, and the center of gravity of the defense force. Nothing of this applies to the fifteenth century.

The book, which I am obliged to recall from memory since I have not been able to find a digital or physical copy here in Atlanta, did its best to evaluate the data that was ideologically irrelevant to the communist censors: military organization, equipment, troop deployment, and so on. Occasionally, however, it became political by dropping arguments in line with current ideological expectations that were carefully crafted to glorify the Romanian peasantry in the field of battle. Their heroism may have been significant against the Ottoman invasion, but probably unverifiable through contemporary historical accounts or battlefield archaeology.

The enemy was the Ottoman army. Stefan’s peasants, confronted, for example, the Ottoman Janissaries: well-trained, well-equipped, elite military units. Common sense tells us that it is highly unlikely that Stefan’s poorly trained and equipped peasant force would prevail in such an armed confrontation regardless of possible territorial advantages. Then how did Stefan win?

Moldova, at the time, had a strong agriculture, exported livestock, while the famous Moldavian horses were sold at high prices throughout Europe. Given economic prosperity, Stefan may have been able to afford the services of experienced mercenaries while regional allies and local recruits supplemented the troops. The book may have been ideological, but it provided the raw economic facts needed to understand what was really going on.

All my undergraduate colleagues and professors understood the need to exercise intellectual caution when studying research published before 1989. After the Revolution of the same year, the need disappeared but the habit remained.

For, you see, ideology is not difficult. Propaganda is always simple. It needs to be simple to be effective. Information operations seek to create gaps in meaning of cultural, social, and political values to destabilize society. It is a slow process even with available digital communication tools.

Ideology finds its place in the gaps of meaning. However, it is easily identifiable since it borrows from an accepted and predetermined set of half-full concepts and often-empty words. The digital humanities provide competent methods to map such concepts while social media research can trace them on Twitter, Facebook, YouTube, and so on.

Social media are nothing more than services that deliver user-generated content. The problem of content, then, needs to be addressed with more content. Thus, we can observe the formation of typical patterns of propaganda that have to be grounded, just as in the example above, in fact. The targeted cultural and political values can be identified and opposing narratives established. Contrary to expectations, it is a continuous effort where effectiveness is more valuable than efficiency.

Cyberspace is a neutral global platform that simply provides media to deliver content fast. Government pressure on companies to hastily implement measures to restrict content will have unforeseeable consequences. The recent attempts of YouTube to clean up content resulted in the demonetization of creative gaming channels, for example. In this way, the dread of potential future interferences of foreign governments in domestic politics may very well lead to global censorship of a space developed to be free. Prudence is advised.