David Goldfield is the Robert Lee Bailey Professor of History at the University of North Carolina, Charlotte, and the author of the forthcoming book, The Gifted Generation: When Government Was Good. 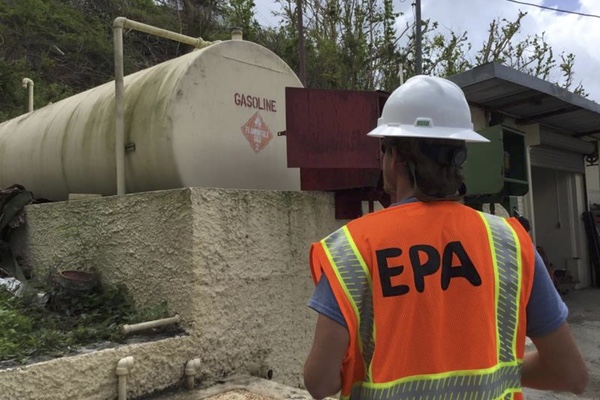 Consider: in 1945, Jews, Catholics, African Americans, and women confronted employment and educational obstacles that restricted their full participation in American life; aside from the conservation of selected rural landscapes, there was no environmental movement to speak of; polio was the annual summer scourge; higher education remained the province of the well-connected young men; restrictive covenants barred Jews and Catholics from numerous urban and suburban neighborhoods and African Americans from many more; immigration laws took little cognizance of either the Holocaust or the plight of refugees in Eastern Europe – in 1946, Sweden and Switzerland took in more refugees than the United States. 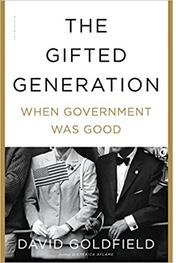 The Good War had not transformed the U.S. into a Good Country. In many ways, 1945 was closer to the year 1900 than to 1970. By the latter date, the transition to a knowledge economy was well underway; a college degree was now accessible at low cost to millions of formerly excluded young men and women, courtesy of the G.I. Bill and anti-discrimination legislation.

Help wanted ads no longer specified gender; African Americans in the South could vote and “Colored” and “White” no longer circumscribed their lives; the sons and daughters of Catholic and Jewish immigrants entered heretofore-restricted neighborhoods, universities, and jobs; the Environmental Protection Agency promised to end decades of profligate disregard for the nation’s patrimony; scientific and technological breakthroughs had conquered polio, placed a man on the moon, and inaugurated the jet age of travel and a national highway system; computers began to take on more than counting and collating tasks. America was first to the future.

How did that happen? Writers have emphasized the general prosperity of the immediate postwar era, the almost unchallenged global hegemony of the U.S., a vast baby boom population that fueled consumer spending, and the contributions of women and minorities formerly outside the mainstream economy. All true, but these events did not exist independent of public policy.

The federal government stimulated the nation’s economy and provided its citizens with the opportunities to learn and work in the new environment. Legislation generously funded research and education, built a vast infrastructure network, and protected consumers against corporate predations. Three presidents – Harry S. Truman, Dwight D. Eisenhower, and Lyndon B. Johnson – were the architects of the good government that bestowed a multitude of gifts to guide postwar America. They all believed in what I call, the “commonwealth ideal.”

The three presidents shared similar backgrounds. They came from the middle border characterized by small towns and farms. Each of them benefited from strong-willed mothers who overcame both poverty and ineffectual husbands to inculcate the values of education and hard work. All three chose careers in government and witnessed how the public sector steered the nation through depression and war. They believed that government could be a means to rectify historic wrongs and to prepare Americans to compete in a changing economic and global environment.

Their backgrounds and experiences led them to the commonwealth ideal, a perspective first articulated by British economist John Maynard Keynes in 1926. “The political problem of mankind,” he wrote, “is to combine three things: economic efficiency, social justice and individual liberty.” These “things” were interconnected. Individual liberty would flourish in a strong economy that tilted toward social justice, and it was government’s role to seal the connections.

American political historian, Arthur Schlesinger, Jr., elaborated on the commonwealth ideal in The Vital Center (1949). The two great principles of the ideal were that individual achievements would redound to the benefit of the commonwealth – there was no conflict between the individual and collective – and government’s role in the postwar era was to balance the interests of workers, management, and the state so that they would achieve an equilibrium that would benefit everyone. In other words, government would serve as an umpire, ensuring a level playing field for everyone. In a passage remarkably similar to Keynes, Schlesinger explained that the government’s job was to “order society so that it will subdue the tendencies of industrial organization, produce a wide amount of basic satisfaction and preserve a substantial degree of individual freedom.”

These three presidents embraced the emphasis on good government. As Truman noted in a March 1952 address, “When our own government has looked after the average man first, we have grown and prospered. But when those in power have used our government to increase the privileges of the few at the top, the life and spirit of our country have declined.”

In a similar vein, Eisenhower wrote to a friend in July 1954 that it was “impossible for any durable governmental system to ignore hordes of people who through no fault of their own suddenly find themselves poverty stricken . . . . Mass production has wrought great things . . . but it has created social problems that cannot be possibly met under ideas that were probably logical and sufficient in 1800.”

These were not sentiments initially shared by a majority of Americans, especially in the realm of civil rights. When Harry Truman proposed his civil rights program in 1947, only 6 percent of Americans agreed with his efforts. Eisenhower received similar mixed reviews on the two civil rights measures he fashioned during his presidential terms. John F. Kennedy accomplished little in the way of civil rights legislation during his brief presidency, yet a majority of Americans believed he was moving too quickly on racial equality. There was also weak public support for environmental legislation and the removal of discriminatory quotas for Catholic and Jewish immigrants.

The optimism faltered soon thereafter. The Vietnam War, the racial disturbances in the nation’s cities, the white backlash, and Watergate precipitated the revolt against Washington.

These leaders, though, represented the culmination, not the origin of our current crisis of governance. Since the New Deal years, a combination of Southern Democrats and conservative Republicans had railed against broad government activism, especially in the areas of economic regulation, racial equality, and immigration. Events in the 1960s provided the opening to power. First, the civil rights movement pushed many Southern Democrats to the Republican Party. Second, civil rights and the decline of manufacturing convinced white ethnic working class voters in the Rust Belt to desert the Democratic Party. The so-called Reagan Democrats actually emerged in the Wallace and Nixon campaigns of the 1960s. They and their heirs would form the base of the Trump coalition of 2016.

The stagnating middle class and the disappearing industrial working class warmed to the politics of resentment – against the gains of minorities and women, against immigrants, against environmental regulations that allegedly cost jobs, against the experts – “pointy-headed intellectuals,” Wallace called them – against the great cities and their diversity. The irony was that the policies advocated by the avatars of resentment made things worse. The disaffected gained emotional recompense, but at the expense of their future.

Federal policies could have addressed some of these grievances by implementing the commonwealth ideal of bolstering individual opportunities and simultaneously enhancing the nation. Educational incentives, a larger and sturdier safety net, funding for research, development, and retraining, and investments in child care and health services could have lifted struggling Americans, regardless of race, in the manner that postwar federal initiatives created opportunities for a broad cross-section of the population.

But, beginning in the late 1970s, the federal government deregulated and privatized. It slashed spending on infrastructure as a percentage of the national economy. It shifted the financial burdens of higher public education to families, and it cut big holes in the safety net as only 27 percent of the unemployed came to be covered by unemployment insurance.

Political leaders stripped government of its commonwealth policies. Government hardly disappeared; its role as umpire mutated to advocacy for the wealthy. The federal government became toxic, a punch line as in Reagan’s 1986 quip that “the nine most terrifying words in the English language are ‘I’m from the government and I’m here to help.’” Democrats often chimed in. Bill Clinton proclaimed in 1996, “The era of big government is over.” He was nearly two decades behind the time.

Denigrating government relieved both parties of addressing the difficult economic and social issues that led to a declining middle class and a stagnating working class. The question is not how Donald Trump rose to power, but, rather, what took so long.

The key commonalty about federal policy in the quarter century after World War II was its universality—policies that helped the entire nation even if a particular measure, such as civil rights legislation, targeted a certain group. It was never a zero-sum game. As the federal government broadened opportunities, everyone benefited.

To restore good government is to strike a blow against prejudice, build a confident people, and revive prosperity. It is to create a virtuous circle of growth and fulfillment instead of perpetuating a vicious cycle of decline and despair. The accomplishments of government in the two decades after World War II provide a blueprint. What we lack is the leadership to make America great again, and the people to demand it.