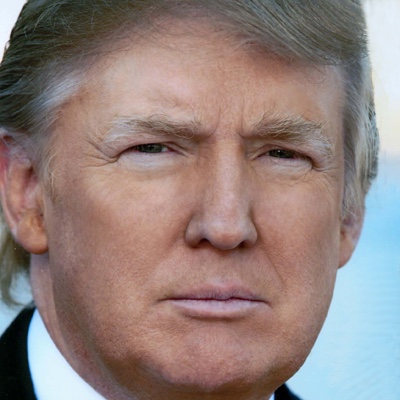 One surprisingly unremarked aspect of the election of Donald Trump to the office of the presidency is Trump’s rejection of any kind of belief in American exceptionalism. Don’t be confused by his naked and unsophisticated nationalism, which rather seems geared entirely around a Manichean ideology of “winners and losers.” Trump’s “patriotism” has little to do with American democratic values and everything to do with what he sees as the country’s potential power. Strength, not justice, equality, or freedom, is all that the potential strongman respects.

At an April 2015 event hosted by a local Tea Party organization in Houston, when asked his opinions on the concept of American exceptionalism Trump unequivocally said “I don’t like the term.” Despite elaborating (apparently without irony) that he perhaps didn’t like the phrase because “I don’t have a very big ego,” one shouldn’t confuse his condemnation of the concept as some sort of declaration of national humility. He elaborated that the nation couldn’t be exceptional as a host of foreign powers have been “eating our lunch” for a generation. Note that for Trump America isn’t exceptional because it hasn’t lived up to its promised ideals for all of its citizens, but rather because it has been embarrassed internationally. But, as he ominously concludes, “We may have a chance to say it in the not-so-distant future.” A month later he descended his gilded escalator in Trump Tower and announced his candidacy for the presidency.

What is remarkable, especially in how little bit it has been considered, is that for all of the ideological variety of past occupants of the White House, Trump will arguably be the first to truly and completely reject the idea that America’s revolutionary ideals are exemplary; rather his is an ideology of ruthlessly Darwinian national competition where “greatness” is measured not be adherence to a set of abstract, democratic principles, but through sheer strength. This is why he finds a ruler like Vladimir Putin to be admirable, and a leader like Barack Obama to be weak. In some sense one could argue that Trump represents the first “Counter-Revolutionary President” of the United States, not in spite of his American nationalism, but precisely because of it.

Some strains of American nationalism are certainly related to American exceptionalism, but nationalism itself is not reducible to American exceptionalism, and indeed Trump has categorically embraced the former while rejecting the later. Despite the dog-whistle generalities of his simplistic “Make American Great Again” – which say what you will about his nihilistic politics is a great bit of branding – Trump has consistently demeaned the idea that it is American ideals which are are great. For Trump, greatness is defined only in terms of “winning,” and as such, for him, the idea that any sort of declarations concerning the equality of humankind are inherently more moral than other formulations is laughable. The only thing which is important to him is the score at the end of the game – it is a profoundly relativist worldview which denies the idea of any kind of universalizing political ethic.

We’ve been here before; there are plenty of strains of ugly, nativist sentiment that reject American egalitarianism. There are Trumpian parallels in European fascism, but the United States has produced more than its own fair share of anti-democratic movements. Certainly the most notable was the Confederate States of America, which in its own way was a forerunner to European totalitarianism. Despite all of the defensive posturing about the Confederate flag which has been a mainstay of too much Republican rhetoric since Richard Nixon’s southern strategy, the C.S.A. was unequivocally an anti-American movement, and no less than its “Vice-President” Alexander Stephens admitted as much. During his infamous “Cornerstone Speech” delivered in Savannah in 1861 Stephens spoke disdainfully of the revolutionary generation who founded the United States. He said that the Declaration of Independence “rested upon the assumption of the equality of races,” but that “Our new government is founded upon exactly the opposite ideas,” bragging that “our new government, is the first, in the history of the world, based upon this great physical, philosophical, and moral truth.” It’s a message not dissimilar to the beliefs of some of the fellow travellers of the incoming administration. That it’s a message that is profoundly against the sentiment of our nation’s founding document goes without saying.

Indeed throughout his meandering, seemingly stream-of-consciousness speeches you hear numerous paeans to the greatness of a perceived and often imaginary past, but rarely do you hear the sort of boilerplate celebrations of American democratic ideals that are a rhetorical staple of American political speeches across party lines and ideologies. Trump does not even pay lip service to the shared ideals of American democracy; rather what he has clearly offered is a cult of personality (“I alone can fix it;” “I will be your voice”).

Compare this to President Obama, who was ironically slurred by Republicans for eight years as being someone radically anti-American, but who repeatedly affirmed the exceptional nature of American revolutionary concepts, famously saying at the 2004 Democratic National Convention: “in no other country on Earth is my story even possible.” Concerning Trump, the Russian dissident Masha Gessen has brilliantly reminded us in her essay “Autocracy: Rules for Survival” that one of our central guiding principles should be that we “Believe the autocrat.” When Trump tells us that regarding American exceptionalism that he “never liked that term” we must take him at his word.

The genuine adherent to American exceptionalism holds that truth to be self-evident that “all men are created equal, that they are endowed by their Creator with certain unalienable Rights, that among these are Life, Liberty and the pursuit of Happiness.” The genuine adherent to American exceptionalism understands that the word “American” refers to the revolutionary context that led to the writing of that sentence, but that the sentiment itself must be seen as universal, not to be stopped at any arbitrary border.