Five Things You Think You Know about Roe v. Wade – But Actually Don’t

Daniel K. Williams is an associate professor of history at the University of West Georgia and the author of Defenders of the Unborn: The Pro-Life Movement before Roe v. Wade. 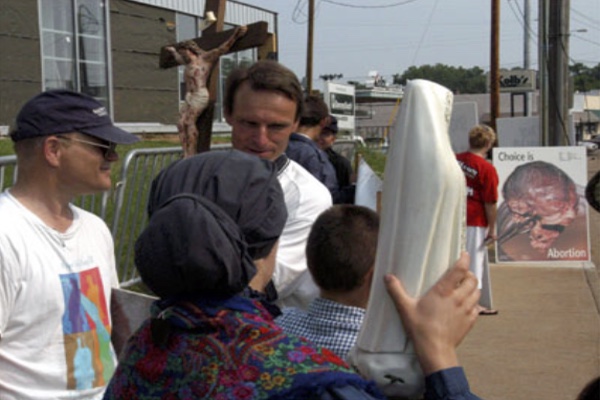 Operation Save America members protest in front of an abortion clinic in Jackson, Mississippi, "Osa jan" by The original uploader was Marklyon at English Wikipedia - Transferred from en.wikipedia to Commons.. Licensed under CC BY 2.5 via Commons.

Roe v. Wade is one of the best known Supreme Court cases of all time, but it is also one of the most widely misunderstood – even among historians. On this forty-third anniversary of Roe, it’s time to take a look at a few widely believed myths about the Supreme Court case and compare popular perceptions to the historical reality. 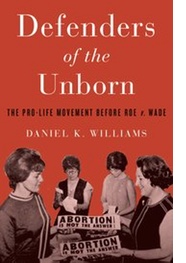 Myth 1: Before Roe v. Wade, abortion was illegal in the United States.

Reality: In 1972, the year before Roe v. Wade, there were 586,760 reported legal abortions in the United States. After July 1970, New York hospitals performed legal elective abortions up to the end of the second trimester for both residents and non-residents. Elective abortion up to the 20th week of gestation was also legally available in Hawaii, Alaska, and Washington State. And thanks to a series of court decisions, California had a policy that, in practice, allowed for elective abortion for most women after the fall of 1972. Thirteen other states allowed for abortion in cases of rape and incest or for health reasons. Before Roe v. Wade, any woman who could find a way to get to New York and pay for a hospital abortion could legally terminate her pregnancy. Roe did not create legal abortion in the United States.

Reality: On the eve of Roe, there was a deep cultural divide over abortion, and abortion rights supporters were no longer winning the political debate. After abortion rights supporters secured a spectacular series of victories in 1967-1970 (during which time sixteen states liberalized their abortion laws or enacted full legalization of elective abortion), pro-life activists regrouped and began capitalizing on a public backlash against “abortion on demand.” During the 1971 and 1972 legislative sessions, dozens of states considered abortion legalization proposals, but pro-lifers defeated all but one of these bills. In 1972, pro-lifers even convinced the New York State legislature to repeal its law permitting legal abortion – a move that was stopped only by a veto from Governor Nelson Rockefeller. Pro-lifers predicted that they would likely have the votes to override the governor’s veto in the next legislative session. In addition, pro-lifers defeated abortion legalization referendums in North Dakota and Michigan in November 1972. Although abortion rights supporters had begun to win a few significant victories in state and federal courts by the fall of 1972, they were experiencing a nearly uninterrupted string of dozens of defeats in state legislatures and voting booths.

Myth 3: Roe v. Wade led immediately to the availability of legal abortion throughout the nation.

Reality: While Roe eventually did lead to the legal availability of abortion in every state, this process took a couple years because of strong political opposition to Roe in numerous state legislatures. State legislatures in Virginia, Ohio, Oklahoma, Kansas, North Dakota, and Utah, along with most of the states in the South, refused to bring their abortion laws into compliance with Roe in 1973. Opposition was even stronger in Catholic New England. In Massachusetts, where fewer than 15 percent of the members of the state legislature were pro-choice, state representatives responded to Roe by passing a restrictive abortion bill drafted by Massachusetts Citizens for Life. Rhode Island was especially defiant; the state reacted to the Supreme Court’s decision not by legalizing abortion, but by adopting a law that declared that human life began at conception. Only a series of federal court decisions brought these holdouts into compliance with Roe – a process that was not completed until 1975. As a result, the number of legal abortions in the United States in 1973 was only 28 percent higher than it had been in 1972.

However, due to the swift action of lower courts in striking down state antiabortion laws, Roe did lead to widespread legal abortion within just a few years, and by 1980, there were 1.5 million legal abortions per year in the United States, which amounted to nearly one abortion for every two live births.

Reality: While a few liberal Democrats welcomed Roe, a number of the nation’s most prominent liberals did not. Senator Ted Kennedy, whose sister, Eunice Kennedy Shriver, was a pro-life activist, endorsed the pro-life cause in 1971 and did not change his position on abortion until 1975. The Democratic Party’s vice-presidential nominee in 1972, Sargent Shriver (husband of Eunice), was also an opponent of abortion rights at the time. The pro-life movement’s proposed Human Life Amendment, which would have protected human life from the moment of conception, received the endorsement of several liberal Democrats in Congress during the 1970s, including Senator Harold Hughes (D-IA) and Representative Jim Oberstar (D-MN). Some liberals, such as Senator Mark Hatfield (R-OR) (a co-sponsor of one of the first Human Life Amendment proposals), coupled their opposition to the Vietnam War with opposition to abortion.

On the other hand, many Republicans, including conservatives such as Senators Barry Goldwater (R-AZ) and John Tower (R-TX), as well as moderates and liberals such as Senators Howard Baker (R-TN), Lowell Weicker (R-CT), Robert Packwood (R-OR), and Jacob Javits (NY), applauded Roe, either because they were libertarian-leaning individualists who believed that the government should stay out of private medical decisions or because they believed that advancing women’s reproductive rights would be beneficial for society. The Roe decision was written by a Nixon appointee (Justice Harry Blackmun) who viewed the ruling as an advancement of doctors’ rights, an assessment with which many other Republicans concurred.

By the late 1970s, Democrats with national political aspirations had begun to unite around an endorsement of abortion rights, but when Roe was issued, the divisions over abortion did not fall along party lines.

Reality: Opinion polls from the early 1970s indicated that American women were more strongly opposed to abortion than American men were, and that the number of pro-life women was slightly higher than the number of women who were pro-choice. A March 1974 Gallup poll showed that 49 percent of American women – compared to 38 percent of men – opposed the Supreme Court’s decision in Roe, while only 43 percent supported it. Opposition to abortion was especially strong among Catholic women (69 percent of whom opposed Roe), but was also widespread among women who were Protestants (44 percent of whom opposed the Court’s ruling, compared to 46 percent who supported it). The majority of pro-life activists were women, as were many of the leaders of the nation’s pro-life organizations. The president of the National Right to Life Committee in the mid-1970s was the Boston Methodist physician Mildred Jefferson, the first African American woman to graduate from Harvard Medical School.

In short, the way that many Americans understand Roe v. Wade today - that is, as a liberal women’s rights decision that gave women throughout the United States immediate access to abortion – says more about the politics of a later era than the political situation of 1973. The original historical context of Roe, when women were more likely to oppose abortion than to support it, and when opposition to abortion was more pronounced among liberals than conservatives, suggests an origin of the nation’s abortion debate that might have been far different than many historians have imagined.