Rid the Landscape of Confederate Monuments?

Tim Grove is author of A Grizzly in the Mail and Other Adventures in American History(University of Nebraska Press, 2014) from which part of this has been adapted. He is also author of First Flight Around the World (Abrams Books, 2015) and a founder of the History Relevance Campaign (historyrelevance.com) 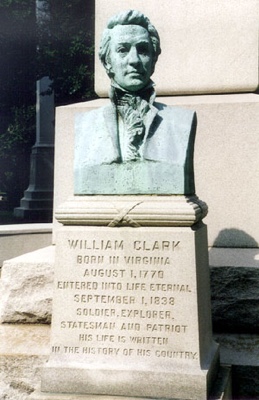 As a public historian, I’m thrilled that people are talking about the past so much these days. If people today can’t understand that history is relevant and impacts the present, then we have a problem. With so many history examples highlighted in the news these days, this is a prime opportunity to talk about why it is important to understand the past and to think critically about it. 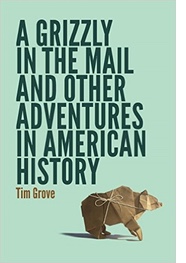 I live near Alexandria, Virginia where the mayor is calling for the removal of the Confederate monument. I’ll admit that I’m uncomfortable with talk about removing monuments because they reflect the historical record.  Due in part to its strategic location several miles downriver from Washington, D.C. and in Virginia, Alexandria had a fascinating history during the Civil War. Its bronze monument of a Confederate soldier, titled Appomattox, marks the spot from which the Alexandria troops left to join the Confederate forces. It was dedicated in May 1889 and commemorates the sacrifice demanded by war. Any war demands sacrifice, whether or not the cause is just. Should we be concerned with judging the cause or should we use the built environment to teach people to think critically about the past?

So one question we should be asking is if we should be contemplating erasing history by deleting monuments from the landscape? Does that set a bad precedent? Where does it lead?

In pondering these questions, two radically different examples come to mind. One, a monument in a cemetery. The second, a historic map caught by present-day politics.

I was on the core team that developed the National Lewis and Clark Bicentennial Exhibition a decade ago. The exhibition brought together expedition artifacts from museum collections across the nation. I lived in St. Louis during this project and visited William Clark’s grave in Bellefontaine Cemetery. When Clark died in 1838, he was buried on his nephew’s farm on the outskirts of town. He received a hero’s send-off with a funeral procession over a mile long. The cemetery opened eleven years later and the family decided to move his grave there. When his youngest son, Jefferson, died in 1900, he left funds to build a monument for his father’s grave to honor his father. The thirty-five foot tall gray granite obelisk was dedicated four years later during the centennial of the Lewis and Clark expedition.

Like any grave the marker conveys multiple messages. One is a family’s desire to honor a father and offer tribute to his place in American history. A large bust of Clark overlooks the confluence of the Mississippi and Missouri Rivers where the Lewis and Clark expedition officially began. It says “William Clark, born in Virginia August 1, 1770, entered into life eternal September 1, 1838. Soldier, Explorer, Statesman, and Patriot. His life is written in the history of his country.”

But there’s more. Dedicated eleven years after historian Frederick Jackson Turner proclaimed the end of the American frontier, the monument boldly shouts Clark’s role as trailblazer and flag bearer for the nation. Between a large carved bear head and a buffalo head, a Bible verse reads “Behold, the Lord thy God hath set the land before thee: go up and possess it,” a reference to God’s command to the Israelites to conquer Canaan, the land he promised them. To early twentieth-century Americans the message was no doubt clear - the revival of the idea of Manifest Destiny signified acceptance of a seemingly God-ordained right of territorial expansion across the continent, coast to coast.

Another quote carved on the monument reads “This primary exploration through more than four thousand miles of savage wilderness planted the flag of the United States for the first time on the shores of the Pacific Ocean. It completed the extension of the United States across the vast western region of the American continent and gave us our outlook toward the Orient.”

Today the monument’s message is patronizing at best. The Lewis and Clark exhibition told a different story, one of a peopled landscape. Lewis and Clark traveled through complex native cultures and vast trade networks, not a savage wilderness. One hundred years after the monument was dedicated, a group of Clark descendants paid to refurbish the monument. They added a smaller stone a few feet away that explains that the original was a provision of Jefferson Clark’s will. The new monument testifies to the descendants’ admiration and gratitude for Clark’s devotion to family and service to his country. It also includes a quote by Clark from a letter he wrote to Thomas Jefferson, dated December 15, 1825. “It is to be lamented that the deplorable situation of the Indians do [sic] not receive more of the human feelings of the nation.” Sensitive to the cultural currents of a new age, Clark’s descendents were no doubt embarrassed by the bold, aggressive language of the original monument. They reinterpreted the monument in the new light of cultural exploration. Whatever Clark’s treatment of Native Americans over his lifetime, they wanted to be sure that future generations knew a different side of him.

That is one way to reinterpret a monument. It allows a teacher to ask students to think critically about why the monument was reinterpreted and what this tells us.

In a totally different example, I recently wrote a book about the first flight around the world in 1924. In looking for a historic world map to help illustrate the story, I found a colored 1922 map at the Library of Congress. The book featured the entire map and inserts within each chapter to chart the course of the flight. Of course the world’s political boundaries were different in 1922.

After printing had begun I received an email from my editor saying there was a problem. The book was being printed in China, by an American-owned company I should add. However, the Chinese censors were refusing to allow the book to be printed without changes to the map. They demanded three changes: make China and Taiwan the same color, reduce the font size of Tibet so it wouldn’t be the same size as China, and delete the notation “(Japan)” under Taiwan. Taiwan had been part of Japan’s colonial empire in 1922. I was horrified that the Chinese had requested we change a primary source to suit their political interpretation. We of course refused and the book was printed in Singapore with an extra cost of $2 per copy passed on to the consumer.

These very different examples offer two perspectives on attempts to alter the historical record. One added to the landscape to address changing interpretations. One tried to change history by erasing and modifying it. I can’t help but think there is a lesson here that can inform the current debate.