Every 30 or 40 Years We See Flagrant Attacks on Free Speech. Here We Go Again. 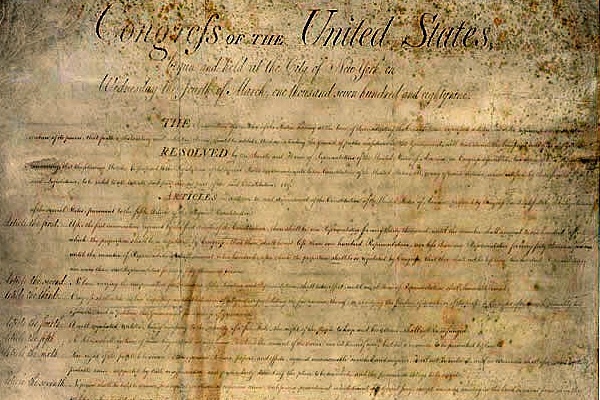 Part I - The Present Moment

Of late there has been news about attacks on academic freedom. Much of this is the result of aggressive efforts of Zionist organizations and individuals to silence those academics they see as enemies of Israel. The latest example of this is the successful pressure brought to bear, apparently by a Zionist donor, on the chancellor of the University of Illinois, to rescind a job offer for Professor Steven Salaita. This was done because this influential donor, noting Salaita’s anti-Israel tweets, decided he was anti-Semitic. The Chancellor was apparently convinced that hiring Salaita would cost the university a lot of support - a pretty clear example of donor blackmail.

The Salaita case is not the only recent attempt to intimidate academics critical of Israel. An organization calling itself AMCHA (“your people” in Hebrew) and purporting to work for the “protection of Jewish students” has posted a list of over 200 professors who support the boycott of Israel. They too have been judged anti-Semitic and Jewish students are urged by the organization to avoid their classes.

These attacks are tied to a long-standing and growing movement in American higher education to confront Israeli persecution of Palestinians particularly as regards the Occupied Territories - to point out the barbaric nature of the Israeli/Zionist state, not because it is Jewish, but because it is deeply racist. However, because the leaders and many of the supporters of Israel are Jewish, they confuse the issue and claim a stance against Israel must be one against Jews per se and that is anti-Semitism. It is a claim that makes little sense if only due to the fact that many of those opposing Israeli actions, both within and without of academia, are Jewish.

Part II - The Recent Past

This attack on academics who see things differently than the Zionists is not new. Back in 2007 David Horowitz organized teach-ins on campuses across the nation during which professors critical of Israel were accused of purposely withholding information about the threat of “Islamo-fascism.” Horowitz also asserted that many of these same “left-wing” professors had taken over the country’s universities and were systematically harassing conservative students. Through his influence, seventeen state legislatures ordered investigations of these charges. Later he would publish a book entitled The Professors: The 101 Most Dangerous Academics in America. All were critics of Israel. This set the precedent for the recent listing put forth by AMCHA.

Horowitz was acting in coordination with Daniel Pipes. In 2002 Pipes founded Campus Watch, a website on which he posted the names of academics, mostly in the field of Middle East studies, whom he accused of being “apologists for suicide bombing and militant Islam.” Pipes encouraged students who supported Israel to “hover over the shoulders” of such professors and let them know they were being monitored.

There are many other examples of attacks on academic freedom, and as a consequence Professor Salaita’s career is by no means the only one to be harmed by this sort activity. Dozens of faculty at all levels of higher education have suffered threats, harassment, discipline and/or termination.These range from well-known figures such as Edward Said at Columbia University and Juan Cole in his dealings with Yale University, to perhaps less-known, but still important teachers and scholars such as Terri Ginsberg at North Carolina State University and the horribly persecuted Sami al-Arian at the University of South Florida.

And then there is the larger historical context for all this. In terms of U.S. history the suppression of free speech, academic or otherwise, can be traced back to 1778 and the Alien and Sedition Acts. Among other episodes, suppression reappeared in the 1830s under Andrew Jackson and during the Civil War under Lincoln. Woodrow Wilson used the Espionage Act to jail vocal opponents of the First World War beginning in 1917, and this was followed by the first Red Scare in the early 1920s. McCarthyism appeared in 1950s. The intimidating finger-pointing of Islamophobia appeared even before the tragedies of 2001.

What does all this history, stretching from the very beginning of the nation until the present day, tell us? It demonstrates that the effort to control dissenting speech has always been present and probably always will be. There are a number of factors that support this sober  conclusion:

First, there is the fact that most people have short historical memories. On the average the United States experiences significant attacks on dissenters and their right to free speech once every 30 to 40 years. This suggests that most citizens have forgotten the essentially barbaric nature and consequences of the previous episode and how, in the end, the claims and charges that ruined so many lives turned out to be false or greatly exaggerated.

Second, there is the difficulty of thinking critically about events of which we have little knowledge. When confronted with such a situation, most citizens rely on the government and its allied media to provide them supposedly accurate information. These sources may well slant stories in a certain way so as to produce public support for specific policies.

The consequences of such distortions are particularly noticeable when it comes to foreign events. Thus, the effectiveness of the ongoing attack on academic freedom, and specifically the freedom of those who are critical of Israel and U.S. policies in the Middle East, is directly related to the ignorance of most Americans about the persecution of Palestinians and the Muslim world’s perception of U.S. behavior.

Third, there is the majority’s ignorance of or indifference to the Bill of Rights. The Bill of Rights is the result of a strong demand that the original U.S. constitution be amended so that it enumerates the basic rights - including freedom of speech - of citizens, residents and visitors on American soil. However, who is it that usually exercises their rights in ways that might need such protection? It is not the mainstream majority, but rather a vocal minority usually disapproved of by the mainstream.This disregard of the importance of the Bill of Rights is all the more dangerous because those who seek to suppress free expression almost always claim to be acting in defense of the majority. Such is the power of this claim that often the courts, the job of which entails the enforcement of the Bill of Rights, end up sanctioning their violation.

It is clear that there is a recurring pattern to the assaults on free speech. Perhaps the pattern has its roots in a community’s natural preference for group solidarity. Whatever the origins, the pattern of periodic negative reactions is so well established that we can justifiably conclude it is not going to go away. We are historically stuck with it.

The only way to minimize the consequences of these repeated assaults is to continuously defy them. In other words, only by maintaining a counter-pattern of vigorously defending and using the right of free speech and academic freedom can space be sustained for critical voices. If at any time we fail to sustain this space we risk the possibility of being overwhelmed by a combination of closed-minded ideologues and the mass indifference of the majority.