Mary L. Dudziak, a professor of law and director of the Project on War and Security in Law, Culture and Society at Emory University, is the author of “War Time: An Idea, Its History, Its Consequences.” 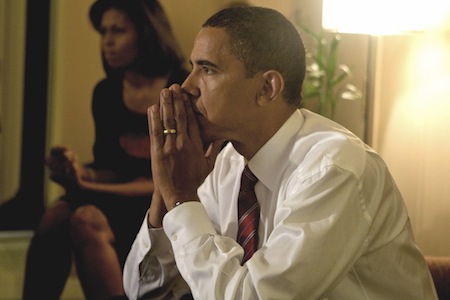 Sandy Levinson took Maureen Dowd to task for her column last week, “No Bully in the Pulpit,” which criticized President Obama for failing to pull the votes together to get the gun control bill through the Senate.  “Now it's Maureen Dowd who can't connect the dots,” he said.

She thinks he should have played hardball with the holdout Democrats and attempted to recruit more Republican support.  In particular, he shouldn't have left the cajoling up to Joe Biden.  For her, it's always personalities, and never structures, that explain the American political system.  So she's my latest candidate among Times' columnists who simply cannot connect the dots between political outcomes and the structures established in the Constitution. For Sandy, “the egregious outcome is best explained by our egregious Constitution and the allocation of voting power in the Senate.”

Sandy is, of course, right that structure matters. But Dowd is also right that a president’s effectiveness in using the powers of his office also matters. Other presidents have faced structural barriers to achieving their goals. Some presidents have been more successful than others at moving forward in the face of opposition. Structure alone does not determine political outcomes.

We have a liberal president who has used his powers to institutionalize and legitimize targeted killing, but who was unable to use a powerful political moment -- the aftermath of the Sandy Hook shootings -- to get gun control through the Senate, who has escalated the rate of deportations, and who is silent as prisoners appear to try to kill themselves at Guantánamo, a prison he promised to close. With no substantial push-back from the left, the direction of compromise is of course toward the right. And so, if we are to focus on structure, the absence of more powerful progressive opposition becomes its own feature of the broader political structure. As liberals remain hopeful and wait, the only meaningful political push-back is from the right.

In his second term, Obama won’t need to worry about electoral consequences, of course, but he should be worrying about his legacy. It won’t be long after the 2016 election that we will turn to assessing the Obama presidency. At that point, we will tally up the successes and the failures, of which gun control is surely one. But the time for liberal and progressive pundits and intellectuals to voice their disappointment in this presidency is now, when a chorus of criticism from formerly loyal supporters might serve as a wake-up call before this truly becomes a lame-duck administration. It’s time for liberals to stop making excuses for Obama, but instead to hold him accountable.