In Defense of Our Do-Nothing Congress 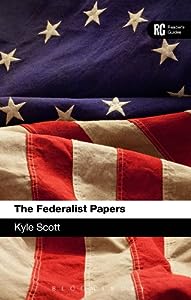 We all benefit from the ability of a political minority to stifle the will of the majority. The U.S. Constitution restricts the power of the majority because an unchecked majority can be just as threatening to liberty and justice as a dictator or tyrannical oligarchy. Unfortunately, partisan leanings keep many people from understanding this subtle but essential point. Recognizing the role of a minority's check on the majority's power helps explain the behavior America's two polarized parties, for each party is sometimes in the majority, sometimes in the minority.

For example, Democrats oppose the Republican minority's check on power at the national level while appealing for judicial intervention at the state level when Republicans use their majority in state legislatures to pass voter ID laws, redraw congressional districts, and pass laws that restrict abortion and same sex marriage. Republicans, on the other hand, oppose judicial intervention into these matters and deride judicial review as anti-democratic.

At the national level, where Democrats enjoy a majority in the Senate and control of the White House, the Republicans are the minority, controlling only of the House of Representatives. The Republicans are able to leverage their control of the House to keep Democratic policies from being enacted. It may seem perverse for the House to block legislation, but the ability to do so is the foundation of the system of checks and balances that the Constitution provides.

Usually, whether one supports the ability of the minority to frustrate the will of the majority depends on whether one is in the majority or not. But the issue is about political peace and justice, not just power politics. A pure democracy can no more guarantee rights than a monarchy. From the beginning of our nation's history, this principle was fundamental. In The Federalist Papers, James Madison, Alexander Hamilton, and John Jay defended the Constitution's checks on the will of the majority as its primary advantage over a pure democracy.

This argument was inherited and extended by John C. Calhoun in the nineteenth century.

Calhoun represented South Carolina in the U.S. Senate, served as secretary of state under John Tyler, secretary of war under James Monroe, and vice president under John Quincy Adams and Andrew Jackson. Calhoun was also a political philosopher whose posthumously published books share a great deal with, and improve upon, the published works by those whom we typically think of as the great political thinkers in American history.

Calhoun argued that a constitutional government is the only form of government that could prevent despotism. Even a democracy -- perhaps especially a democracy -- could turn despotic. "The truth is," he wrote in an 1843 letter, "the Government of the uncontrolled numerical majority, is but the absolute and despotic form of popular governments." Because democracy cannot prevent the majority from trampling the minority, a veto on the power of the majority is needed. "It is this negative power,--the power of preventing or arresting the action of the government, -- be it called by what term it may, -- veto, interposition, nullification, check, or balance of power, -- which, in fact, forms the constitution," Calhoun declared in his famous "Disquisition on Government." If the minority were not given a check on the power of the majority, there would be nothing the majority could not do.

One can imagine Calhoun today coming to the defense of Senator Mitch McConnell and the Republicans in the Senate who now use the filibuster beyond its original intention. As he did in his speeches and writings, Calhoun might employ examples from Poland and the Roman Republic to bolster his argument for the feasibility and desirability of a minority veto.

On the other side, one might imagine Abraham Lincoln opposing this use of the filibuster and defending majority rule. As Lincoln made clear in his First Inaugural Address, the minority cannot have the right to rule for doing so would be despotic. Furthermore, if the minority were given veto power over every decision made by the majority, the nation would collapse into anarchy, given the shear impossibility of ever gaining unanimous support for a measure to pass.

Regardless of where we stand on the political spectrum, we have all benefitted from this delicate constitutional balancing act: both the majority's right to rule and the minority's right to protect itself against majority tyranny. What the nation needs today is an appreciation, independent of current policy debates, of what the roles of the majority and the minority ought to be in our system of government. As it stands now, the discussion over whether there should be judicial review, a filibuster, or whether a state can refuse to implement a national law is too clouded by transient policy implications.

We are at a point where we must restate what republican principles are and how our nation ought to uphold them.