The American Reaction to Refugees Since 1924 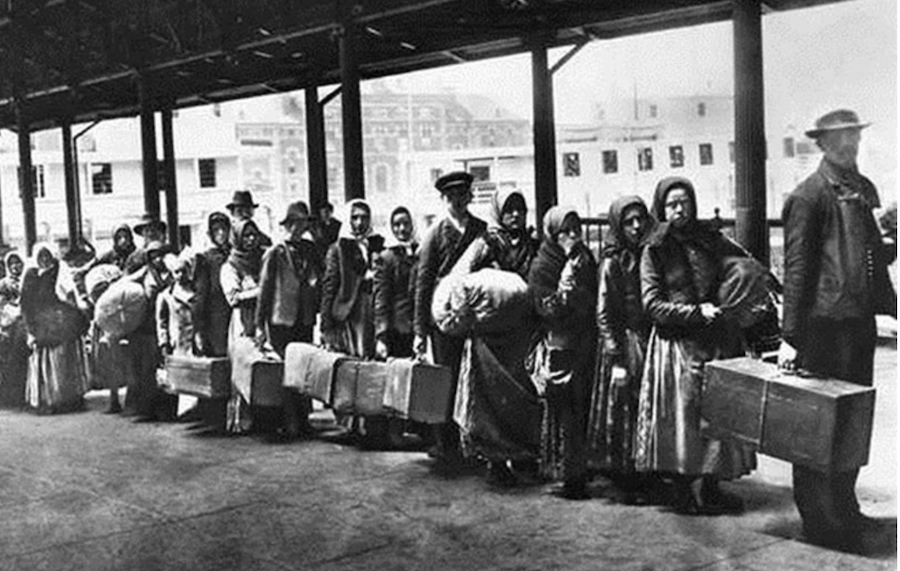 [Below is the third and final post, adapted from my presentations at Wofford and USC. The first is here  and the second is here.]

There was no need for an American policy toward refugees prior to the 1920s, since there were so few restrictions on entering the United States. The immigration restriction legislation, however, changed that. It required that no more than two percent “of the number of foreign-born individuals of such nationality resident in continental United States as determined by the United States Census of 1890” be allowed into the United States in any year. By setting strict numerical quotas based on the country of origin, the law left no flexibility depending on the circumstances in that country, and thus no ability to adjust to a refugee problem.

Thus the Immigration Act of 1924 set the stage for two disgraceful incidents in America’s history of dealing with refugees. Despite the rising persecution of German Jews in the late 1930s, all German immigration to the United States was subject to the existing yearly quota (due to the formula noted above, Germany actually had by far the highest quota in the world, over 50,000). In early 1939, in the aftermath of Krystallnacht in November 1938, Sen. Robert Wagner of New York proposed to Congress a Refugee Act that would allow 20,000 German children into the United States, over and above the established yearly national quota.

Wagner’s intent was that those children would be German Jews, but fearing that anti-Semitism would doom the bill, he did not specify that in the legislation. Opponents argued that, whatever its merits might be, the bill would undermine the quota system. They also made an economic argument. One said in testimony to Congress: “These children, if admitted, will presumably grow up and as youths will become competitors with American citizens for American jobs.” Opponents killed the bill in Congress, and no refugee children came to the United States. There is no way to know how many children might have able to enter the United States, but it seems likely that some who might have been saved later died in the Holocaust.

In another case that has become much more well known in recent weeks, we know exactly how many could have been saved had they been admitted into the United States. In the midst of the Refugee Bill debate, the ocean liner St. Louis sailed from Hamburg for Cuba with over 900 German Jews fleeing the Nazi regime. Opposition arose in Cuba to letting them into that country, with anti-immigrant groups claiming that the passengers were Communists and thus should not be admitted. Only 22 of the Jewish passengers were allowed into Cuba. 743 were awaiting visas to enter the United States but had not received them. They cabled the State Department and the White House from the ship asking to be allowed into the United States. But at that time 83% of Americans opposed any relaxation of the immigration laws, and since the German quota for the year had already been filled, they were denied entry. The passengers returned to Europe. The British, Dutch, Belgians and French took in the refugees. But due to the German occupation during the war of all of those countries save Britain, some 254 of them died in the Holocaust. The United States government, knowing full well that Germany was persecuting its Jews, refused to alter its immigration policy to save refugees and 254 lives that could have been saved were lost.

World War II, of course, created an unprecedentedly large refugee problem. In 1945, President Truman did what FDR never did: he issued an executive order allowing in 40,000 refugees above the quotas. In 1946, he proposed to Congress the Displaced Persons Act, which produced the same kind of response as Wagner’s Refugee Act did in 1939—opponents charged (despite the nearly full employment postwar economy) that they would take jobs from returning veterans. Some argued that the bill would allow Communists into the United States. Concerns that large numbers of Jews (who were often equated with Communism) would be admitted led supporters of the legislation to stress that most of those admitted would be Christians. This time opponents did not defeat the bill. It passed. They did, however, cut the number admitted into the US in half, from 400,000 to 200,000.

Throughout most of the cold war, U.S. policy toward refugees was largely driven by cold war foreign policy, and on a case-by-case basis. As a rule, those fleeing communism were welcomed. The United States admitted refugees of the Hungarian revolution against the Soviet-backed regime in 1956, for example. Under President Dwight Eisenhower, the United States conducted “Operation Safe Haven” for Hungarian refugees. Eisenhower said: "It is heartening to witness the speed with which free nations have opened their doors to these most recent refugees from tyranny. In this humanitarian effort our own nation must play its part." That pattern was repeated several times: those fleeing the Cuban revolution in 1959, as well as the boat people seeking to escape North Vietnam’s conquest of the south in 1975 (under the Indochinese Migration and Refugee Assistance Act), were welcomed into the United States, while those fleeing other tyrannies were often out of luck. In 1980, the Refugee Act finally put refugees outside the regular immigration system, allowing for 50,000 refugees per year.

In sum, the reactions we see today to the prospect of admitting refugees from Syria and elsewhere have a long history in this country. Americans have a history of both welcoming and refusing refugees. Today we face a choice: which of those legacies will we embrace? When I began working on this issue nearly three months ago, I had some hope that it would be the former. The events in Paris and San Bernadino—and more importantly, the generally fearful reaction of many Americans to those events—have left me fearing that Americans are more inclined to opt for the latter. What this overview of the history shows is that such fears have in the past been overblown, and Americans have often had great reason to regret their fear-driven, short-sighted overreactions. Nevertheless, that list of regrets looks likely to grow longer.