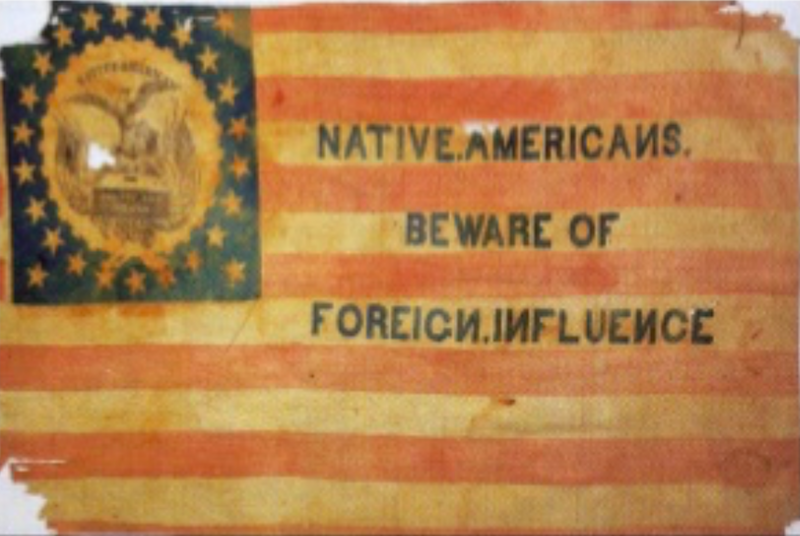 Back in September, in response to efforts opposing the resettlement of Syrian refugees in South Carolina, my colleague Dr. Byron McCane of the Wofford Department of Religion organized a group of Wofford College faculty to present a panel on the subject of refugees. My colleagues Dr. Laura Barbas-Rhoden (Modern Languages), Dr. Phil Dorroll (Religion), Dr. Kim Rostan (English) and I all participated. My job was to give a brief overview of refugees in American history during the September 24 event at Wofford. Last week, on Nov. 11, we reprised the panel at the University of South Carolina in Columbia, with the welcome additions of USC colleagues Dr. Breanne Grace (College of Social Work) and Dr. Rajeev Bais (Clinical Internal Medicine).

With last Friday’s horrific events in Beirut and Paris, the refugee situation has unfortunately become a political issue in the presidential race, with candidates like Ted Cruz and Jeb Bush asserting that only Christian refugees should be admitted into the United States. Below is the second post, adapted from my presentations at Wofford and USC. The first is here.

Fifty years after the Alien Act, revolution in Europe again produced a similar American reaction to the influx of refugees. The revolutions of 1848, starting in Paris and spreading through much of Europe, also produced a large number of political refugees to the United States, especially Germans who were known in the U.S. as the “Forty-eighters.”

The American government generally welcomed the revolutions, seeing them as democratic in character, and thus consistent with American values. In fact, the United States “was the only major government which saw fit to send greetings to the Parliament at Frankfurt.” President James K. Polk stated: “The great principles of … the Declaration of Independence seem now to be in the course of rapid development throughout the world.”

But as students of the Revolutions of 1848 well know, those revolutions were more complex than that, and so were the refugees who fled to America. According to their historian, the “typical Forty-eighter was a freethinker, if not an atheist. They believed in universal suffrage, abolition of the Sunday laws, taxation of church property, establishment of the eight hour day, and government ownership of the railroads.”

Some Americans thus denounced them as “socialists, rationalists, atheists and desecrators of the Sabbath.” Southerners in particular feared their influence because the Forty-eighters were thought to favor abolitionism.  Some Forty-eighters were, in fact, socialists.  One, Ernst Schmidt, would later run for mayor of Chicago in 1859 on a socialist ticket, while others formed their own utopian socialist communities in the United States.

Some of the Forty-eighters were also liberal Catholics, and of course at the same time thousands upon thousands of Irish Catholics were arriving in the United States as economic refugees of the famine in Ireland. This combination gave rise to an explicitly nativist movement that found political expression in the American Party, more commonly known as the “Know-Nothings.”

The Know-Nothings never actually succeeded in changing American law regarding refugees and immigrants, but in their oath, members pledged to never vote for any man for any office who was not born in the United States. They called for “War to the hilt on political Romanism” and “Hostility to all Papal influences when brought to bear against the Republic.” They effectively argued that Catholicism was not so much a religion deserving First Amendment protection as a dangerous political movement contrary to democracy. (This is reminiscent of Dr. Ben Carson’s recent statement that Islam is “inconsistent with the values and principles of America.”)

The Know-Nothings saw the Irish and Germans as a religious/political threat, bringing “Popery” to the United States and thus undermining American principles. The Know-Nothings wanted to deny the newcomers the right to vote—they called for increasing the required number of years of residency from 5 to 21 before an immigrant could vote. (I cannot help but wonder how the Know-Nothings of the 1850s would have reacted to the sight back in September of the Pope, standing where the President stands when giving the State of the Union, addressing the United States Congress, while the Catholic Speaker of the House and Catholic Vice-President sat behind him.)

Despite these political reactions in the mid-19th century, what seems note-worthy in retrospect is that there was no legislative attempt to actually prevent any people from coming into the United States prior to 1882. When it happened, it was deliberately, openly discriminatory. That year, Congress passed the Chinese Exclusion Act. This was an explicitly racial law, a response to the popular backlash against the large number of Chinese in the west, which barred immigration by the Chinese.

Most American are familiar with the fact that many Chinese came to work on the transcontinental railroad, but what is often forgotten is that many were also refugees from the one of the bloodiest periods of Chinese history, the era of the Taiping Rebellion—in the 30 years before the Chinese Exclusion Act, an estimated 20-30 million Chinese died in a major civil war and several different rebellions. Over 1.5 million fled China, and historians estimate that 250,000 of them came to the United States. (Oregon alone had about 100,000 Chinese in 1890.) The Exclusion Act remained law for 60 years, until it was finally repealed during World War II, when China was an American ally in the war against Japan.

Despite the Chinese Exclusion Act, for most of the people of the world, the United States remained a place of asylum. The great turning point was World War I. The previous two decades had seen millions of immigrants, many from southern and eastern Europe, arrive on American shores, leading to increasing calls for limitations.

Once America entered the World War in 1917, the fear that lingering attachments of these relative newcomers to their mother countries might create conflicting loyalties in wartime led to the propaganda theme “100% Americanism.” In addition to the well-known reactions against German-Americans, any so-called “hyphenated American” now became suspect. The Bolshevik Revolution in Russia in 1917 added the fear of radical politics to the mix—this, despite the fact that many of those seeking asylum in the United States because of the revolutions in Russia were fleeing the Bolsheviks, not people who shared their views.

The postwar period saw immigrants—particularly those suspected of radical politics—subjected to heightened levels of scrutiny and even deportation. The drive to put restrictions on eventually led to legislation: first the Emergency Quota Act of 1921, and then a permanent Immigration Act in 1924.

As a result of decades of growing nativist sentiment, the United States for the first time in its history imposed quota limits on the number of people allowed to come into the country: 165,000 maximum per year, with a quota that was based on the number of people from that country in the 1890 census. No specific provision was made in the legislation for refugees. Supporters of the law made it clear that the goal of maintaining an “Anglo-Saxon” nation was more important that being an “asylum for the oppressed.”

“Thank God we have in America perhaps the largest percentage of any country in the world of the pure, unadulterated Anglo-Saxon stock; certainly the greatest of any nation in the Nordic breed. It is for the preservation of that splendid stock that has characterized us that I would make this not an asylum for the oppressed of all countries, but a country to assimilate and perfect that splendid type of manhood that has made America the foremost Nation.”

After 140 years of effectively welcoming all those who wished to come, the United States shut the door.