Now More than Ever, America Must Commit to Ensure the Transition of Presidential Power

David Marchick is the Dean of American University’s Kogod School of Business, the former Director of the Partnership for Public Service's Center for Presidential Transition, and formerly Managing Director at The Carlyle Group. He is co-author along with Alexander Tippett, and collaborator A.J. Wilson of The Peaceful Transfer of Power: An Oral History of America’s Presidential Transitions.

Valerie Smith Boyd is the Director of the Partnership for Public Service’s Center for Presidential Transition and leads the Partnership’s efforts to support transition planning by presidential candidates and second term administrations. She has had a long public service career, having served in the past three administrations in both career and political roles. She has degrees from the University of California, Berkeley, and the Harvard Kennedy School of Government. 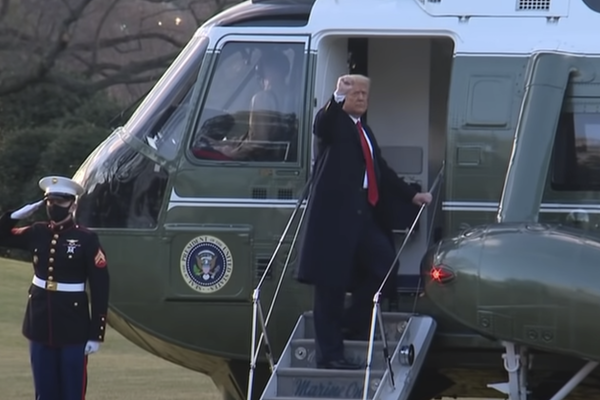 In February 1861, following his narrow election victory, Abraham Lincoln traveled by train from Illinois to Washington, D.C. to assume office, taking a circuitous route to avoid the south and the risk of assassination.  Between the time of his election and inauguration, South Carolina seceded from the United States, and six other Southern states followed before Inauguration Day.  The country was tearing itself apart.  As Ted Widmer, author of Lincoln on the Verge: Thirteen Days to Washington, describes it, as Lincoln was preparing to assume the presidency, it wasn’t even clear what would constitute the United States.

Widmer tells the story of Lincoln’s departure from Illinois, where he gave a short speech expressing his sorrow at leaving his neighbors and the place where he buried a child.  The speech was the beginning of Lincoln’s communication to a national audience in ways that humanized him after rival candidates had ridiculed him.  His winding route took him to places like Cincinnati, where his respectful and conciliatory words for Southerners helped convince states along the border between North and South to stay in the Union at a crucial juncture.  As Lincoln delivered more speeches to growing crowds, he found his voice.  Widmer explains, “all of it built up into a very emotional and very persuasive argument that America is better than slavery, that America really stands for a moral principle at home and around the world.”

During those 13 days on the train, Lincoln convinced political rivals to join his Cabinet; reminded audiences that they could vote him out if they felt his election had been a mistake; and honed the powerful messages for which he would be remembered.  All of this happened without the help of incumbent President James Buchanan, who was indecisive, disingenuous and consumed with corruption in his own Cabinet.

This story is one of many told in The Peaceful Transfer of Power: An Oral History of America’s Presidential Transitions, a book published in association with the Partnership for Public Service’s Center for Presidential Transition and the University of Virginia’s Miller Center Studies on the Presidency.  The months between one presidency and the next can be a moment of peril and vulnerability for our country.  Lincoln experienced it.  During the Hoover to Roosevelt interregnum, the Great Depression peaked, banks ran in 25 states, Hitler came to power and the Reichstag burned.  Hoover refused to collaborate with Roosevelt.

Ken Burns, acclaimed historian and documentarian, wrote in the foreword to The Peaceful Transfer of Power that “history does not repeat itself…but sometimes, as Mark Twain supposedly said, it rhymes.”  As the 2020 campaign season was getting under way, transition experts and the Biden team anticipated that a presidential transition in the midst of a pandemic, during a period of social unrest and racial reckoning, and under an unpredictable incumbent president, was likely to be fraught.

Following decades of increasing professionalization and legislative changes strengthening transition practices, the 2020-21 transition was indeed the most tumultuous since the Civil War.  Today, in the weeks before the 2022 midterm elections, the increasing trend of candidates for local, state, and national office campaigning on suspicion about American elections appears to many observers to be an echo of the deep differences leading up to the Civil War.  Lincoln’s story, like others, reminds us that leaders can heal, unify and put country first.

In the very recent past, outgoing presidents of both parties have placed a high priority on helping the next president in line to succeed. George W. Bush, a president who was both controversial and unpopular at the end of his second term, decided that the next president – regardless of party – deserved a more orderly transition than at the start of the Bush presidency.  The disputed 2000 election and the recount in Florida had given Bush only a 35-day transition period compared to the roughly 75 days typically between election and inauguration.  Eight months after Bush’s inauguration, the 9/11 terrorist attacks changed the course of his presidency before he had time to put his entire national security team in place.

Bush decided the next transition should be different – he instructed his chief of staff Josh Bolten to roll out the red carpet for his successor.  As a result of this prescient decision, both President-elect Obama and the nation benefited. At the time of the 2008 election, the United States was in the midst of two wars and the gravest economic challenge since the Great Depression.  Never before had an outgoing and incoming president collaborated during a presidential transition to stem the financial crisis, help save the auto industry and inject hundreds of billions of dollars into an ailing economy.

After Bush created the “gold standard” of presidential transitions , the next two were flawed.  President Obama and his chief of staff, Denis McDonough, took the Bush-Bolten playbook and improved upon it.  As author Michael Lewis described in The Fifth Risk, the Trump transition team was not interested in benefiting from Obama’s planning.

Candidate Joe Biden and his transition chief, former Senator Ted Kaufman, knew the 2020 transition could be similarly challenging.  Kaufman and transition CEO Jeff Zients organized an “unconventional challenges” team that created plans for everything from pandemic-related delays in counting ballots to the potential for the incumbent president to order federal agencies not to cooperate.  This contingency planning was an important element of the Biden team having an experienced team and robust plan in place on Inauguration Day, despite the delays in formal certification and related access to funding and information from federal agencies.  As a result, despite a poor handoff, Biden was able to hit the ground running on January 20, 2021.

The history collected in The Peaceful Transfer of Power demonstrates that transitions can be more effective and result in better outcomes for the country with proper planning, cooperation between parties and experienced leadership.

Widmer describes Lincoln’s successful arrival in Washington as one of the most important moments in American history, and those 13 days as crucial in developing an argument that would influence the world in the twentieth century.  If the assassins had succeeded on his trip to D.C., the Union might have lost, and Lincoln would not have had the chance to “declare human rights for all people, not only in our country, but all people on earth.”  The argument for democracy following two World Wars and the discussions around the League of Nations and United Nations might have been much different.

As history rhymes and inflammatory rhetoric calls into question the ability of American factions to work together, we hope The Peaceful Transfer of Power offers inspiration about the need to protect and reinforce our cooperation during presidential transitions, now more than ever.