How a Major Christian News Organization Lost its Way

Marvin Olasky last November resigned his World editor-in-chief position and is now a senior fellow of the Discovery Institute. He writes a weekly column on homelessness for the Fix Homelessness website and a monthly Olasky Books newsletter. 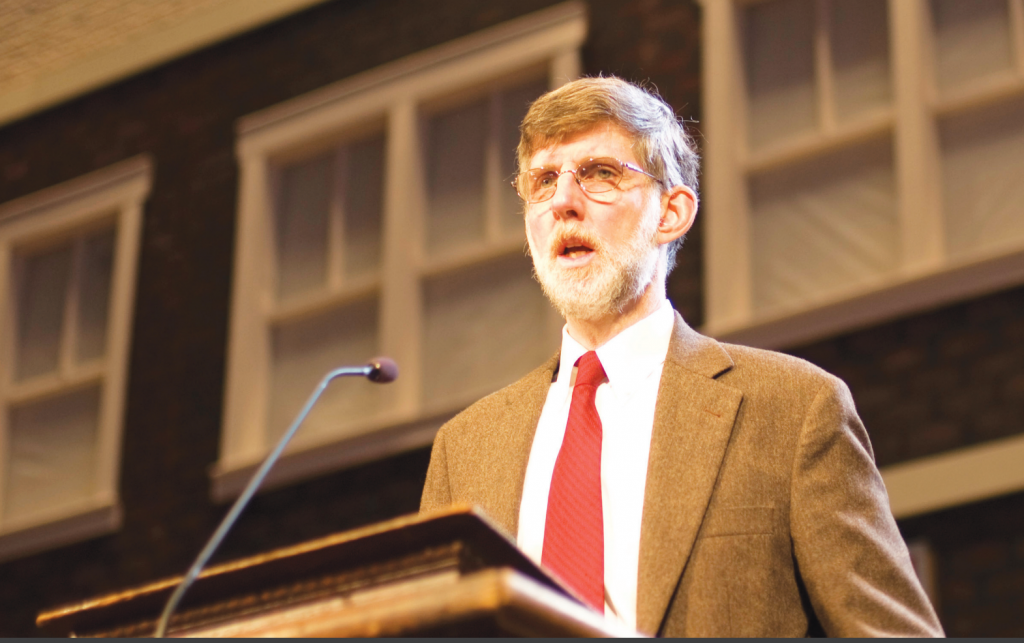 Long Form features spill out a little more slowly, making possible a deeper encounter with the essay’s central themes—and with the author, too. Pour a cup of coffee, settle in, and enjoy. It will be worth your while.

My one It’s a Wonderful Life moment came thirty years ago. World, then a six-year-old news magazine from a Christian perspective, had just lost a half-million dollars. It survived on borrowed money and the sweat of two brothers from Iowa, Joel and Nat Belz. At a board meeting of God’s World Publications, two of my fellow directors wanted to stop publishing. I pleaded: “Don’t shut it down.” Referring to the Bailey brothers in the classic movie, I said “the Belz Brothers Building and Loan is the most important innovation in Christian journalism in 150 years.”

I was teaching journalism history at The University of Texas at Austin and could attest to that. In 1840 three-fourths of the newspaper and magazine editors in the U.S. professed Christian faith, but they lost their audience when they forgot to emphasize reporting. They started offering Christian Opinion—largely warmed-over sermons—instead of pounding the pavement to report the news. They moved from street-level to suite-level and gave way to editors at other publications who emphasized fact-based stories instead of preaching.

In 1992 the board of directors gave World a stay of execution on one condition: I had to become an editor and impart to all writers this emphasis on reporting rather than opining. I did, and World’s reporting gained it an audience: Subscriptions during the 1990s jumped from 10,000 to 100,000. In the new century World added an active website and a podcast. World became significant in American public life because it affected the thinking of one million evangelicals, a critical group. As donations increased, the publication brought in $10 million annually and ambitions grew: What if World became a $100 million enterprise?

For thirty years World had what for journalists is a holy grail: editorial independence. This meant that the board, advertisers, subscribers, and (as contributions made up a larger piece of the budget) donors never dictated what we covered and how we covered it. From 1992 through 2020 World averaged eight investigative stories a year, some about activities by Christians. In the process we at one time or another upset leaders ranging from James Dobson and Pat Robertson to Newt Gingrich and Chuck Colson.

Some of those stories cost us. A 1997 exposé of a major advertiser, the Christian publisher Zondervan, led to the company pulling its ads for years. World earned among Christians a reputation for independence—and that led to trust. Even secular organizations like The New York Times noticed World’s “deeply reported articles” and concluded, “At a time when hot takes get the clicks, these articles offered something old-fashioned and hard for any community to take: accountability reporting.”

But times change and journalism has changed. Journalist Joshua Benton on NiemanLab, a website devoted to the news business, recently detailed the decline of Newsweek, Sports Illustrated, and especially, Forbes. The article—“An Incomplete History of Forbes.com as a Platform for Scams, Grift, and Bad Journalism”—explained how the once-respected business magazine tried to revive itself by opening up Forbes.com to contributors whose work was full of conflicts of interest. Forbes made money and became “known as the best way to disguise PR as news.”